Twine Time traveler Paul Ray famously said, “There hasn’t been any good music recorded after 1970.” The Jesus Lizard, Blue Öyster Cult, Scorpions – he would have haaated my hour of deejaying prior to his show this Saturday via a My KUTX segment, 6-7pm. I knew Paul Ray a little and was lucky to have gotten a “pass” decades ago from a man who suffered no posers. 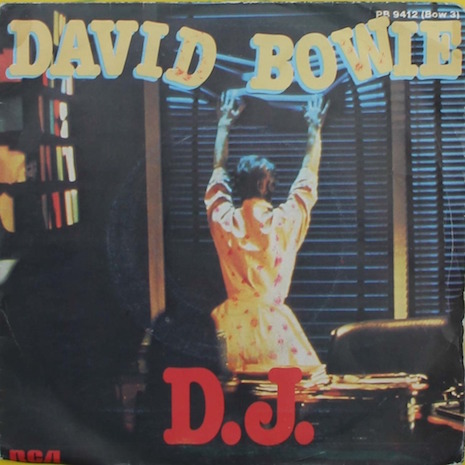 Moreover, had the show not been taped the day before Ray’s death, I’d have dedicated something to Paul. Like the rest of Austin, he schooled me in vintage blues, rock, R&B, and soul without me knowing it, even. Upon finally investing in Rhino’s best-selling Doo Wop Box(es) last year – and all but fainting at their diaphanous swoon – I thought, “Oh! This is what Paul Ray spins every Saturday night.”

Twine Time broadcasts a second – and possibly last ever – encore tomorrow, 7pm, this one filled with listener requests and bolstered by a KUTX tribute voiced by those that knew its host best.

Of course, David Bowie was four days deceased by the time I sat across the glass from My KUTX majordomo Art Levy, so at least I proved prescient enough to declare that Blackstar might just be the Album of the Year already. The singer’s swan song of all swan songs became his first U.S. No. 1 this week, with huge swaths of his back catalog also re-charting. Expect not only celebration of the Thin White Duke at the Grammys next month, but keep Blackstar in mind this time next year since its supernatural marriage of groove and auto-elegy makes it the crowning glory of David Bowie’s oeuvre.

Otherwise, putting together a playlist for KUTX – a dozen songs, with Levy audibling for a final 13th pick – became a predictably giddy exercise in broadcasting tunes maybe never heard again on-air. Bookended by Zeppelin-esque guitar locomotion, the original 12 selections broke down into four triptychs: avant-punk (1-3), tribal folk (4-6), roots & country (7-9), and metal (10-12). I won’t spoil the jukebox effect here should you tune in, but in my mind each blast had a dedication – most of them local music scene pillars.