Conference rooms at Holiday Inn don’t exactly inspire creativity, but their fluorescent-lit corridors filled last weekend with tight groups of musicians huddled over guitars for the Austin Songwriters Group’s 12th annual Songwriter Symposium. The setting didn’t deter publishers from giving feedback to those who traveled from as far away as Canada. 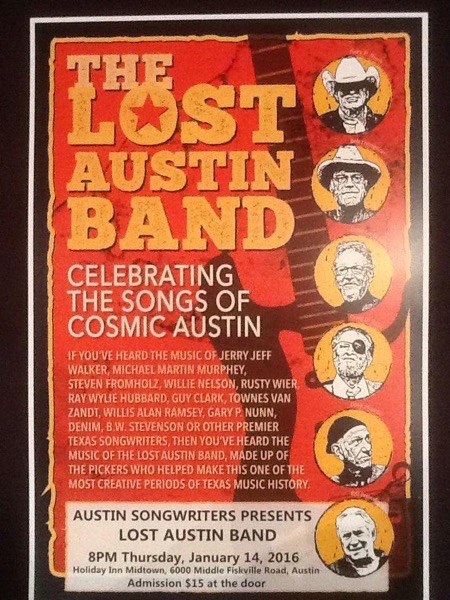 ASG knows one can’t teach the lightning-in-a-bottle aspect of writing songs, so they concentrate on the actual craft. Over the past decade, the nonprofit, volunteer-run group organized by Lee Duffy and Rick Busby has provided a valuable asset to Austin’s songwriting community. Very few of the songwriters would consider themselves professional, but that distinction blurs under the song circle tutelage of established local songwriters that have contributed to the group over the years, veterans including Bill Carter, Ruth Ellsworth, Bob Cheevers, Stephen Doster, and Will Sexton.

The annual symposium expands the efforts of the group by bringing in Nashville publishing houses to listen to the writers’ latest songs. Some (Bobby Rymer) have been making the weekend excursion to Austin for over a decade.

The ASG Symposium keynoters are far from household names, yet anyone with an ear to the radio has likely heard their work. This year, that honor went to Chuck Jones, who’s written hits for Reba McEntire and Ronnie Milsap, and whose songs became staples of country radio in the Nineties behind the success of John Berry’s “Your Love Amazes Me,” Diamond Rio’s “Love a Little Stronger,” and Billy Dean’s “It’s What I Do.”

In one sense, the Music Legends Hall of Fame embodies the work and goals of ASG, where success is measured in the establishment of a creative community that celebrates songcraft. If one feature of this year’s Symposium stands out, it’s how diverse the group has become, encompassing not only the work of artists like 2016 ASG Songwriter of the Year Craig Marshall, but also producer Tim Curry, and young electro-pop trio Elektrafine.