Screamer/collector acknowledges Bowie but what of Otis Clay?

Onstage and new LP Under the Savage Sky, Barrence Whitfield is a screamer, an acrobat whose energy remain unmatched even at 60. On the phone from his home in Massachusetts, he’s soft spoken and engaging. Whitfield & the Savages load in for two nights at their home away from home, the Continental Club, starting Thursday. 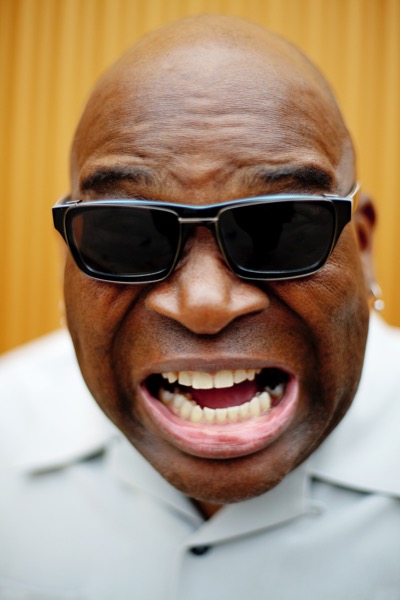 Austin Chronicle: Is it true you still work at a record store? I’m told Record Exchange in Salem, Massachusetts.

Barrence Whitfield: I’m only there a couple of days a week. I still have a connection to the music. I’ve done that basically all my life. Some of my knowledge and some of passion comes from that.

AC: I ask because the last time I saw you was during South by Southwest when you played inside Antone’s Records. That’s such a small space, but you must have felt right at home there.

BW: I really did. I was pumping up [Record Exchange] even as I was playing that day. I’m going to visit when I’m there this time. We’ve traveled a lot and in most of those places there are record shops. Those are the ones who’ve been supportive in all our musical endeavors. If it wasn’t for the younger generation starting to realize the effect of vinyl – when you see it, hear it, and own it – we wouldn’t still exist in this godforsaken world of rock & roll.

AC: Has your new album been released on vinyl?

BW: Oh yeah. It’s sold very well. It actually looks good on vinyl. If you‘ve seen the cover, which is something out of Alfred Hitchcock, that’s really important. You see the artwork, open it up, and listen to it. You get the feeling you’re getting your money’s worth. It’s worth owning.

I don’t know how long [the vinyl resurgence] will last, but for now there’s some hope that music is being consumed and produced in a way that people want, instead of searching for it on the Internet.

AC: To my ears, Under the Savage Sky hits harder than the last album, 2013’s Dig Thy Savage Soul. I wrote down words like “brutal” and “relentless” while listening to it. Do you agree?

BW: I like the last record, but that record was after we had gotten back together. It was just reinventing ourselves and knowing that we’re back on track. We wanted to write some good songs and have some good covers.

This record has sort of a concept going for it: the virtues of getting older and dealing with things that are coming your way. Like the song “Incarcerated Casserole” is about a guy who lost his wife because she’s in jail, and he depended on her so much that he can’t even cook or clean house. So he actually feels like he’s in prison.

There’s also “Willow,” a true story about a 15-year-old girl who gets involved with a cult not knowing the leader of the cult was brainwashing people and going after 15-year-old girls. Most of the record has a message about mortality.

AC: This time there’s little let-up from the band’s attack, which is different from what you did last time out.

BW: Well, we put a little punch into it. You know when you see us live that’s what you're going to get.

AC: Speaking of a punch, I got a kick out of the liner notes by John Swenson, who writes for the boxing magazine Ring. His description of you as a fighter was right on.

BW: [Laughs] He’s a good friend of mine and he knows me. I’ve been a boxing fan for a long time. I like his analogy of me being Smokin’ Joe Frazier. If you remember, Smokin’ Joe had his own band in the late Seventies. They were called Smokin’ Joe Frazier & the Knockouts. It was a soul band, and he had female background vocals. He was singing the James Brown/Wilson Pickett kind of thing. I don’t know if he recorded anything, but I’m sure there’s film footage of his playing out there somewhere.

AC: You chose to cover songs by pretty obscure, or at least not very well known, artists. How do you choose those songs to record and, even more importantly, how do you find them?

BW: In this band you’re dealing with two of the most knowledgeable record collectors: me and guitar player Peter Greenberg. We know, Peter especially, what we’re looking for to fit in with what we do. People get knocked out by some of that. These days, you can go on YouTube and find some of that stuff, the originals. It’s great.

On the last album we did “I’m Sad About It” by Lee Moses. That song knocks people out and it made some of them go find out who he was. Of late, people have been talking about David Bowie, but Otis Clay died too and kind of got lost in the shuffle.

I’ve been listening to a lot of Otis Clay, and we’re going to find something of his to do because we were really big fans of his music.