Released Friday, Jan. 8 – its creator’s 69th birthday – Blackstar comes wrapped in funeral black, excerpting the titular symbol on a white cover. Faced with his imminent demise from cancer, David Bowie poured his restless creativity into the self-penned elegy. Two days later, Sunday, it proved both his swan song and one of the Starman’s strongest albums. 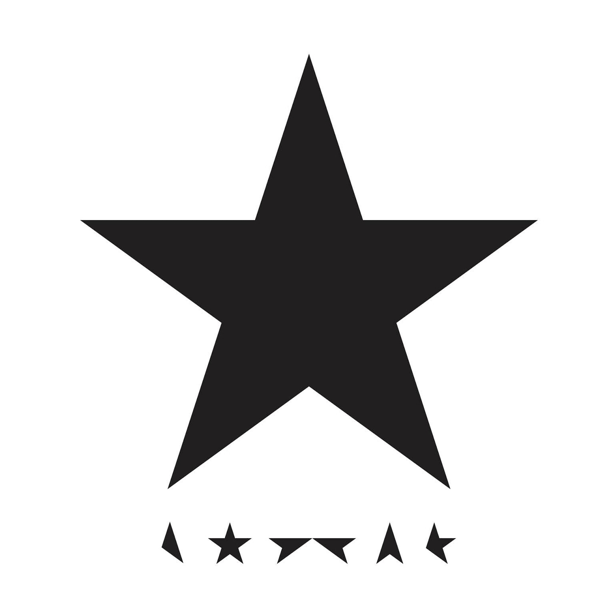 Part of the Brit’s genius was his ability to borrow elements from others’ work and synthesize it into his singular vision. From transfiguring the Rolling Stones’ funky blues and Marc Bolan’s fey Fifties classicism into trademark glam to appropriating German electronics and morphing them into proto-New Wave, the Great Amalgamator lived the apocryphal adage about what good and great artists do. Often letting his seams show, Bowie molded his musical acquisitions into forms distinctive to him, providing support to a unique way with words that reveals emotions even as it obscures detail. By the 21st century, Bowie openly plundered his back catalog, filling late-period LPs like Reality (2003) and The Next Day (2013) with passages gleefully lifted from his own work.

In that regard, Blackstar is easily and obviously of a piece with Bowie’s greater history. Yet there’s a different feel here. Taking cues from the eclectic experimentation of Low and Heroes, adding the electronic rhythm accents of Earthling and the introspection of Hours, then wrapping it in the smoothed-out textures of Heathen, the singer engages less in auto-cannibalism than in re-evaluation.

By relying on his more experimental work, he pushes and pulls his songs into familiar yet distinctive shapes. That calls to mind other Bowie experiences without precisely pinning the flag in any of them. Blackstar pulls us in with accessible Bowieisms, but ultimately sounds most like itself.

Produced by classic Bowie cohort Tony Visconti and recorded with a group of NYC jazz musicians, Blackstar builds its palace on groove. Drummer Mark Guiliana and bassist Tim LeFebvre snake through each cut with little reliance on straight rock beats, setting up rhythmic beds over which Bowie can overlay sensual melodies and idiosyncratic lyrics. Woodwinds master Donny McCaslin and guitarist Ben Monder insinuate themselves into the arrangements with long, legato lines, while keyboardist Jason Linder provides the glue to which it all sticks.

Singing over the songs as much as with them, Bowie lets the flow lead him down the stairs, around the corner, and into the woods. The grooves lift him up even when the subject matter threatens to drag him back down. And make no mistake, hints of death abound.

Over a busy pulse that recalls the drum-and-bass explorations of Earthling, 10-minute opener “Blackstar” references “the day of execution,” “the day he died,” and “a solitary candle,” asserting that the “spirit rose a meter then stepped aside.” Filtering a similar groove through New Orleans’ second-line clatter, “Sue (or In a Season of Crime)” claims, “I pushed you down beneath the weeds,” as if confessing to murder. The relatively stripped-down “Dollar Days” notes, “If I ever see the English evergreens I’m running to.”

Bowie knew he was unlikely to ever again stroll the shores of his birthplace.

The single “Lazarus” – the creepy video of which begs to be pored over for clues of Bowie’s sense of mortality, starting with buttons in place of his eyes – plunges its fingers deep into the graveyard, starting with the Biblical reference of its title and continuing with the matter-of-fact declaration of first line “Look up here/ I’m in heaven.” A languid groove complemented by McCaslin’s silky exhalations and Monder’s stabs of controlled noise, “Lazarus” finds its protagonist further declaring, “I’ve got nothing left to lose,” as true a statement of intent as found anywhere in Bowie’s catalog. Brimming with melody, mystery, and tension, “Lazarus” takes its place in the sheath of Bowie classics.

Mind you, none of this is delivered in boxes marked “gloom” or “doom.” Having accepted the inevitable, Bowie allows himself to approach the subject with his usual lyrical absurdity. “Blackstar” dances away from its solitary candle into sarcastic comments about exactly what kind of star its singer is or isn’t: “I’m not a gangstar/ I’m not a flamstar/ I’m a blackstar.”

The thumping “Girl Loves Me” dives straight into the deep end of the pool of incomprehensibility, combining William S. Burroughs’ cut-up technique with Anthony Burgess’ dictionary of Russian-derived droogspeak for a libretto of gibberish that becomes its own avant-garde poetry. “‘Tis a Pity She Was a Whore” goes in the opposite direction, the sparsity of its words letting McCaslin and Guiliana take control of the skeleton Bowie provides.

“I Can’t Give Everything Away” ends the album and, by default, Bowie’s career as a recording artist. Boasting the Blackstar’s most straightforward melody, the song acknowledges the black dog in the room, beginning with, “I know something’s wrong” and observing “skull designs on my shoes.” Still, the cloud lifts thanks to deliberately, deliciously cheesy synthesized harmonica, and Bowie himself sounds relaxed in relating the ambiguity of the title.

Was he claiming he couldn’t give away all of his possessions since he wouldn’t be needing them any longer, or that he still couldn’t pull back the curtain and allow us to see the gears turning inside? It’s brilliantly unclear. “I Can’t Give Everything Away” threatens to bare its soul, but never breaks character.

Blackstar puts the cap on a magnificent career by allowing David Robert Jones (1947-2016) to be David Bowie – impish, approachable, provocative, and an enigma to the very end. 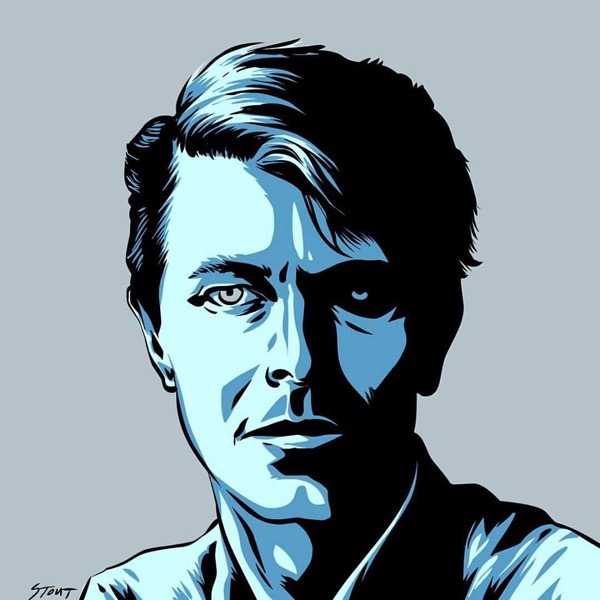