Heavy pop locals premiere “Baby When I Close My Eyes” 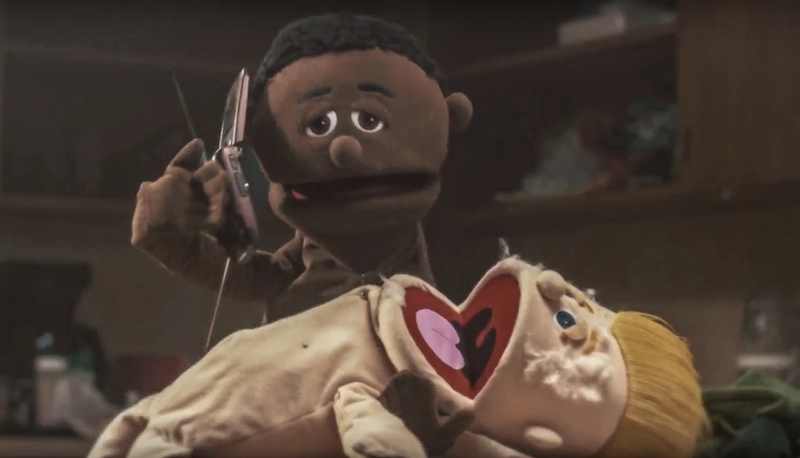 Love perseveres in these tragic times, enduring racial injustice, hate crimes, and the crushing expense of bringing a child into this world. Puppets taught me that – an epiphany born of their cotton-stuffed embrace and hard plastic eyes.

Our felt friends suffer the harsh realities of modern America in Sweet Spirit’s video for “Baby When I Close My Eyes,” taken from the locals’ full-length debut last year, Cokomo. The clip, directed by local filmmaker John Valley, weaves together a series of chilling puppet vignettes that quickly left turn from cuddly to harrowing.

“I took very modern issues and slapped them on these relationships,” explains Valley, who previously directed a delightfully demented clip for Sweet Spirit’s 2015 single, “Baby Doll,” and is working on a pair of videos for Sabrina Ellis and Andrew Cashen’s other band, A Giant Dog. “We weren’t preoccupied with the three plots leading you to a final message, yet the characters all go through a life-altering experience and come out the other end scarred but still in love.”

More abstract than the puppets’ situational misfortune is the man in golden spandex emerging from a trash bag womb.

“When Andrew and I originally conceived this video, that was the entire idea: a man morphing from a larval thing, then doing a really intense dance of liberation, which ended up being a sub plot,” explains Ellis. “The person I wanted the most to play the role was Paul Giamatti, but we didn’t have any way of getting in touch with him. Then we wanted a Bill Murray kind of man – in that age range with a really serious face.”

After an unfruitful open casting call, Ellis had an epiphany while visiting family in Houston.

“I looked at my uncle Rocky’s face and said, ‘Holy shit! It’s Rocky! It’s been Rocky all along!’ He’s basically a Mexican Bill Murray,” she appraises of her mother’s brother, Rocky Mena.

“When I was a child I’d watched him perform in community theater and bilingual plays,” continues the front woman. “I always thought he was cooler than regular adults. He was the one that inspired me to be in theater, which I did throughout most of my youth and eventually went to school for before I decided to take a different path and became a musician – which is basically the same thing.”

The singer bills this clip as “the nationally rejected video by John Valley,” because a wide field of publications declined to host its premier.

“People will either love it or hate it and that excites me,” says Ellis. “When John Valley, who we consider a major creative force, came to us with the puppet idea, Andrew and I knew we were taking a big risk because Sweet Spirit is a family-friendly band and it could upset, offend, or be misinterpreted by people.

“That’s why we put the part at the end with the little girl watching TV. When little kids turn on the TV, they see this same level of real shit – but it’s not puppets.” 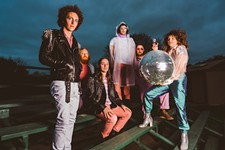 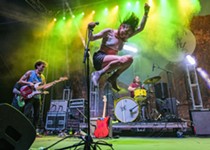