And the winners are... Hayes Carll, Patty Griffin, and Asleep at the Wheel. Simply being nominated for a Grammy Award is recognition enough, right? Not quite, but all three locals received the nod hours ago when the 58th Annual Grammy Awards Nominees were announced. 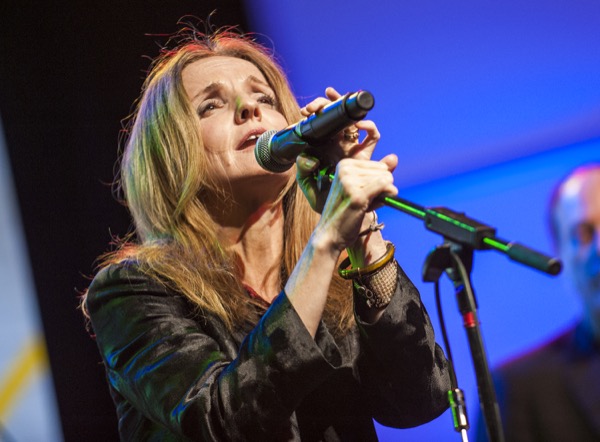 Austin’s Best Female Singer-Songwriter – our designation, not the National Academy of Recording Arts & Sciences’ – leads the trio of homegrown honorees purely by getting the most direct accolade. One of five finalists in the Best Folk category – for October’s Servant of Love – Griffin hopes to follow-up the success of 2010 LP Downtown Church, which won a Grammy for Best Traditional Gospel Album the following year. The former’s sold-out release show in September at the Paramount Theatre should’ve been its own telecast.

Carll, who continues the Lone Star songwriting standard set by the likes of Ray Wylie Hubbard and Billy Joe Shaver, could well take home a Best Country Song statuette via Lee Ann Womack’s “Chances Are,” which he co-composed. Meanwhile, Asleep at the Wheel is rightly recognized for Best Recording Package given the elaborate design of March’s Still the King: Celebrating the Music of Bob Wills & His Texas Playboys. Local imprint Revenant Records and its The Rise & Fall of Paramount Records, Volume Two (1928-32) enters competition for Best Boxed or Special Limited Edition Package, the first behemoth two years ago having won that same grand prize already.

And lest we forget (because we did initially), Conspirare again nets recognition for Best Choral Performance, this time for Pablo Neruda – The Poet Sings. They won last year.

Other Texans hailed beyond the ubiquitous voice of all that is hallowed, Kirk Franklin, include song men Don Henley and Rodney Crowell, both down for Best American Roots Song, the latter in conjunction with Emmylou Harris for sophomore collaboration “The Traveling Kind.” Both that title track and its May long-player are up for prizes. East Texas newcomer Kacey Musgraves enters contention for Best New Country Album for Pageant Material, sampled live at Willie Nelson’s Fourth of July Picnic and the attendant Waylon Jennings tribute this summer.

Catch the pairing – Austin’s Red-Headed Stranger and Musgraves – for a three-night New Year’s run at the Moody Theater at the end of this month.

Ft. Worth soul sensation Leon Bridges also nestles among the 83 Grammy categories, his designation coming in Best R&B Album. Fortunately, that’s not a niche Kendrick Lamar was tapped in, the L.A. rap sovereign leading everyone with 11 nominations for March’s superlative To Pimp a Butterfly. His Austin City Limits taping last month now takes on that much greater import, especially given that the program’s executive producer, Terry Lickona, also directs Grammy telecasts, which is where he convinced the MC to perform on the local PBS mainstay.