Allen Toussaint: Yes He Did Did

New Orleans’ house pianist called us to the stars and back

There are so many musical artists who stroll into your life without even announcing themselves. Their seductive sound is soulfully stamped on songs in unseen ways. It’s as if they’ve taken up residence in your heart, like some sort of spiritual serendipity. Allen Toussaint, who died in Spain on Nov. 10 at the age of 77, did that for me when I was just a child.

During the late Fifties and early Sixties, I began hearing songs on the radio that were irresistible. There was no way to avoid their body-pulling beats or slinky horn arrangements, let alone lyrics that doubled as nursery rhymes for adults-to-be. “Fortune Teller” by Benny Spellman and the mother of them all, “Mother-in-Law” by Ernie K-Doe, were had-to-buy 45s that took up permanent residence on my little RCA Victor singles player. 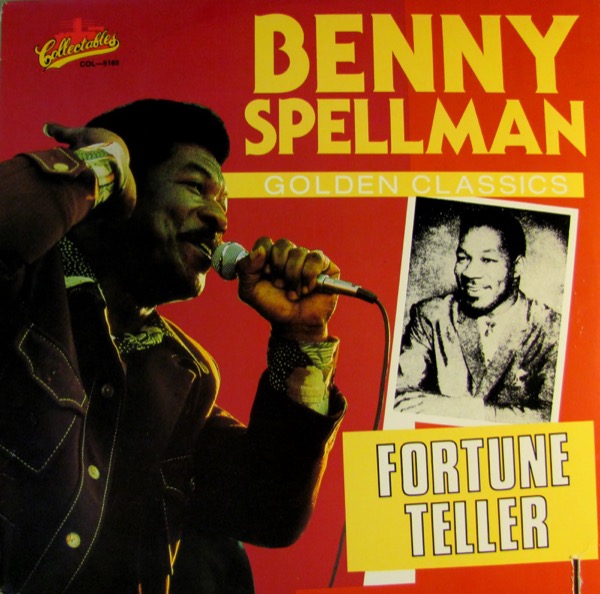 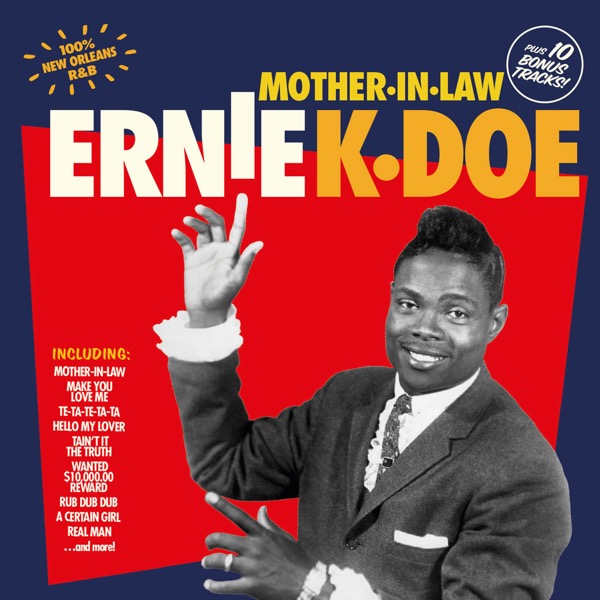 There was an unsolvable puzzle in the structure of these hits. Everything fit together just so, but at the same time had a slight vibe that the music was beamed in from another planet and could go off the rails at any moment. Of course, they were coming from another planet – the planet of New Orleans. Surely it’s an extraterrestrial entity that just happened to be located near the bottom of Louisiana.

The frivolity in the musical shenanigans going on way down yonder set a life pace that half the country slid into and never completely quit. At the center of all the songs Allen Toussaint either wrote, produced, or played on during that heyday of New Orleans rhythm & blues was a passionate spirit that hooked me for life on the music of the Crescent City. Even today, all those emotions of decades ago come immediately to life whenever a Spellman, K-Doe, Irma Thomas, Lee Dorsey, Meters, or any other icon from that era takes over the ether zone.

First thing to go are the legs, which get goofy. Then, each arm starts slithering like a snake on acid. Above all else, the heart begins beating a little faster and a smile takes over my entire being. It’s a music that opened the door to so many fantastical escapades and even career-changing events that the debt can never be repaid.

Riding shotgun through it all was Allen Toussaint, the elegant lighthouse on the entire landscape there. The true wonder of his well-spent life is that he never stopped challenging himself. He’d found the ultimate adventure and had no reason not to go for broke.

If you lined up all the songs and sessions to his credit, they could well circle the globe. And what a bodacious circle that would be, full of colors and characters and everything else the French Quarter, uptown, downtown, and all around town has to offer. Nobody ever captured New Orleans quite like Allen Toussaint. 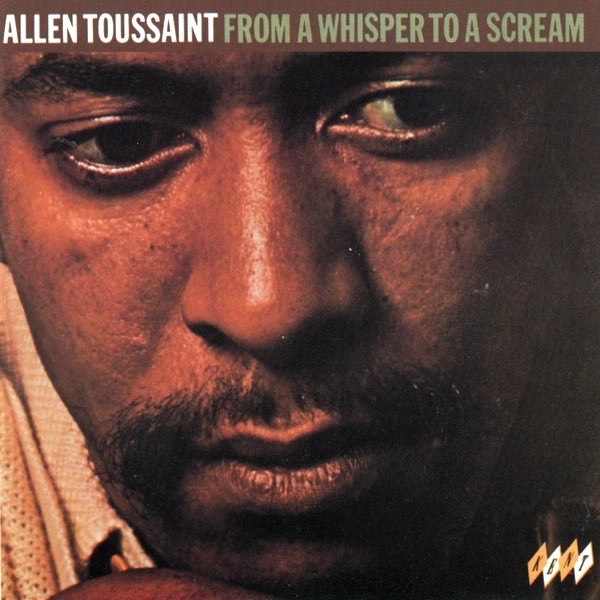 For reasons I can’t recall but was probably a positive review in Rolling Stone, I bought Toussaint’s first album on Scepter Records in 1970 at Discount Records on the Drag in Austin. That was music mecca then. From a Whisper to a Scream was addicting, but also puzzling. There were piano fantasias bumped up next to lowdown funk busters, all played with the ultimate dexterity and unique ability. It was instantly obvious that Allen Toussaint was a man for many seasons, one who would never be kept inside one style.

As the Seventies rolled forward, his music proved that point over and over. The first time I saw the man onstage was at the New Orleans Jazz & Heritage Festival in 1977. It was my first year there, and while watching Bonnie Raitt explode like firecrackers through a scorched Earth set, I noticed a piano player slip quietly onto the big instrument’s bench in the back and start the intro to his song “What Do You Want the Boy (Girl) to Do.”

Immediately recognizing that piano style, I knew Toussaint was in the house. A full-on tingle flooded my body as I witnessed an architect of the city’s musical persona performing like the working person he was. Right as the song ended, a parachutist jumped from a plane overhead into the crowd and cemented a life-long love of Jazz Fest for myself and many, many others.

Being welcomed to town by Allen Toussaint and someone jumping out of the big blue sky like this took on an inner glow that’s never left me. It made me realize that sometimes in our seemingly random wanderings through life we come across the eureka moments as if they were just waiting there for us to appear. Allen Toussaint was the house pianist for so many of those moments in my life. 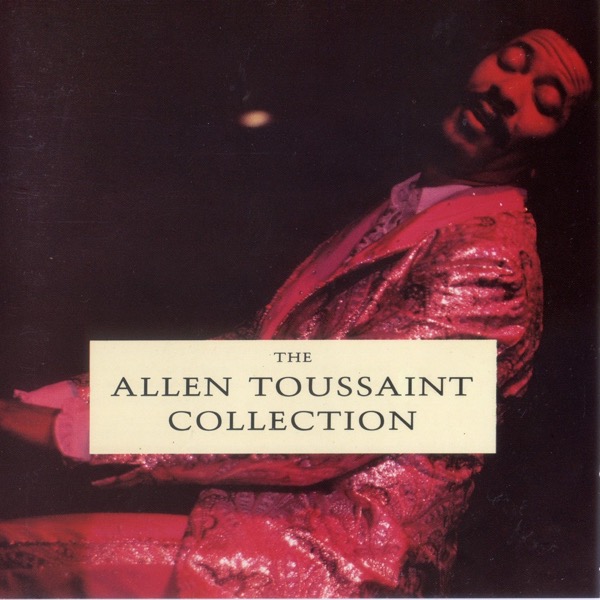 While working at Warner Bros. Records – in the early Nineties after the sale of CD reissues became a massive, money-making enterprise – fellow employee Charlie Springer and I became obsessed with putting together a collection of Allen Toussaint recordings for the label. Since no one told us we couldn’t, we quickly fashioned The Allen Toussaint Collection and even had an in-store release at Tower Records in New Orleans’ French Quarter with the man himself signing copies. It was a pinch-me moment, never mind that just as quickly the whole reissue program got sent to another Warner Bros. division. Springer and I will always have our autographed copy of the album artwork to remind us of that lucky occasion.

Toussaint drove himself there in his brown Rolls-Royce, wearing his trademark sandals with socks and dressed like a man going to a photo shoot for Esquire magazine. He always carried his elegance with him, no matter the environment, and stamped a touch of class on whatever proceedings he found himself.

After the tragedy of Hurricane Katrina decimated so much of his city and his home, Allen Toussaint was one of the first to put shoulder to piano and start thinking of ways to help those hurt by the storm. Nonesuch Records decided to put together a collection of themed recordings in honor of New Orleans, and of course Toussaint’s recording of his own “Yes We Can Can” had to be the opening track. There’s such a deep understanding of human perseverance inside the song that through recordings by Lee Dorsey, the Pointer Sisters, and Toussaint, it’s become a theme to getting over adversity. Once the album was assembled, I suggested it be titled Our New Orleans, showing the world’s devotion to making sure the city knew we were with them now and forever. I heard back from a friend that Toussaint liked the title, which completed a circle that had begun all those years ago. Little did I know a bigger thrill was right around the corner, one that would light up my sky on a warm Hollywood night.

Joe Henry was producing an album with Elvis Costello and Allen Toussaint, to be titled The River in Reverse. Henry knew of my love for New Orleans music, and on the evening the horn overdubs were being recorded he invited me to the studio. As I stood in the back of the control room watching Allen Toussaint arrange the horn section into perfect accompaniment, working with each player and going through take after take to get it right, I realized how all lives and music are connected. 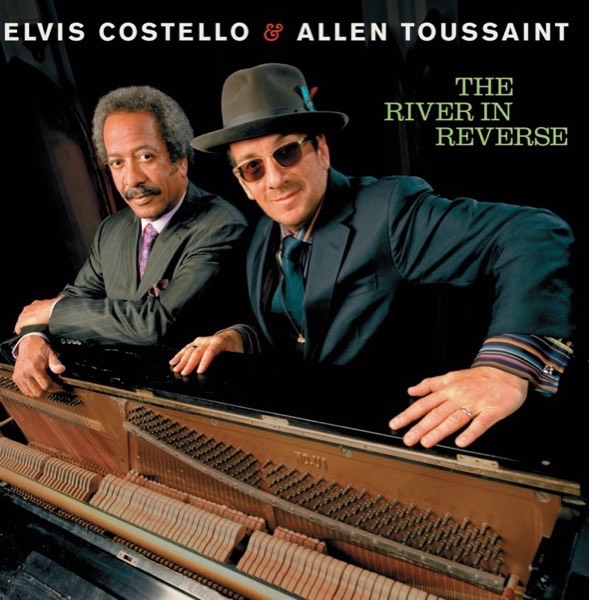 From a 45 of Ernie K-Doe’s “A Certain Girl” purchased at Kresge’s in Houston in 1961 to Hollywood 2006 is a musical arc that extends just as it’s supposed to. It’s the thrill all of us signed up for when our ears first heard a sound that sparked an endless love affair – a sound that continues to be reborn every single day. Artists like Allen Toussaint were called to share their souls with us, and while each is given a certain amount of time to do this, time isn’t the final value.

Rather, it’s the openness and joy that’s offered when they’re here, something that calls us to the stars and back, and allows musicians to speak a secret language we can all come to know. This man did that his whole life, one that will now last as long as we listen. Toussaint says it best in “Southern Nights,” when he sings, “The precious beauty that lies just beyond the eye/ It goes running through your soul/ Like the story told of old." 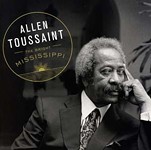