The Carter Family meets up with a couple of outlaws 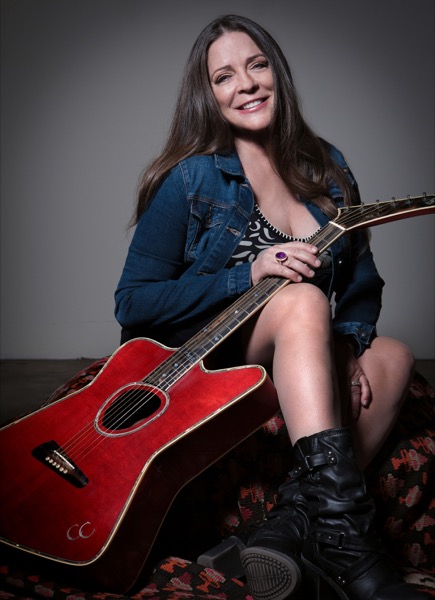 Austin Chronicle: The show you’re doing now is just you singing Carter Family songs and telling stories. Is that right?

Carlene Carter: Yeah, I play guitar, autoharp, and piano. I’m lucky because my husband Joe Breen comes up and sings some of the duets from Carter Girl with me. The show’s about the songs and my relationship to the songs.

AC: I was wondering why you don’t have a band with you.

CC: I just wanted to be able to tell my stories and not have the weight of a band – not that a band can always be a weight. The nicest thing about this music is it really comes across as just the song and my relationship to the song. By doing this, I made myself a better musician. I challenged myself to carry on the style of guitar that my grandmother did, the Carter scratch. In doing that, I discovered I could do this show. It’s a lot of fun.

I just got off the road opening for John Mellencamp and I was pretty chuffed that I could open for a Rock & Roll Hall of Famer as an acoustic act by myself. Working with Mellencamp, I made new fans, people that may have never heard of me. They may have heard I was related to the Carter Family or Johnny Cash somehow, but what they got was pure Carlene. Very much in the spirit of the Carter Family, I’d just go out and do what makes people happy. I really enjoyed the process of playing by myself and I’m going to continue to do it for a while. It really does prove my theory that it’s all about the songs.

[Producer] Don Was really brought that out in the making of the record. It was the first time I ever made a record where the band played with me, instead of me playing with the band. You know what I mean? There were times when I tried to follow myself and I thought surely Greg Liesz or Blake Mills could play this guitar part and they’d go, “No, we’re playing with you.” I was like oh my god. It was a bit of pressure.

AC: I saw that Mellencamp is going to Australia in January. Are you going too?

CC: We’re actually making a duet record together starting in December, so I’m writing for that. It’s different, because I’ve never really sat down and tried to write duets. That’s going to be a fun challenge. And yes, it’ll be my first trip to Australia, so I’m really excited about that.

AC: Something that caught my eye while reading what others have written about Carter Girl was many viewed it as some sort of burden – something that you had to do. How would you describe the making of the album?

CC: It wasn’t a burden. It was an honor to make this album. I was told when I was growing up, “When we’re gone, it’s going to be up to you to carry this music on.” That started the first time I picked up an instrument.

For many years, I never thought about doing this record because they were very much alive and out there carrying on the music. After my mother passed, in 2003, I needed some time to process the grieving part of it. I wanted it to be a celebration, not part of the grieving process. I wanted it to be joyful in the singing of the songs. I wanted to honor them and do a good job. And keep it to something I knew they would be proud of. I had that constantly in my head, but it wasn’t a heavy burden.

AC: Willie Nelson sings on the album and I understand there’s an interesting story on how that happened.

CC: It was funny. Don and me had cut all the basic tracks and after we had done “Troubled Waters,” I said, “Wouldn’t it be cool if we could get Willie to sing on this thing.” I could just hear him singing it. Don said he thought he could make it happen. So we got with Willie and he said he’d love to. He loved the song. So I flew to Austin and at the time my daughter lived there, so I was hanging around with her waiting for Willie to say he wanted to get together and record.

All of sudden, I get a call and someone’s saying I had to get the track to Nashville because he’s in Nashville and ready to record. I was like, “But I’m in Texas” [laughs]. Lo and behold, we got it to him and he laid down his guitar and vocals. We had it done by the end of the day.

Kris [Kristofferson] was in the studio with me and he was so creative. The harmonies he came up with were different than what I would have come up with, so it made it really interesting. I just adore him. I think I was 12 when I first met him. We got to hang out for a day and that was like being with family for me.