Canadian commanders in chief of the dance party

How do you get people who barely know your music chanting your name by the end of the set? Ask electro-funk duo Chromeo, the ultimate dance curators. 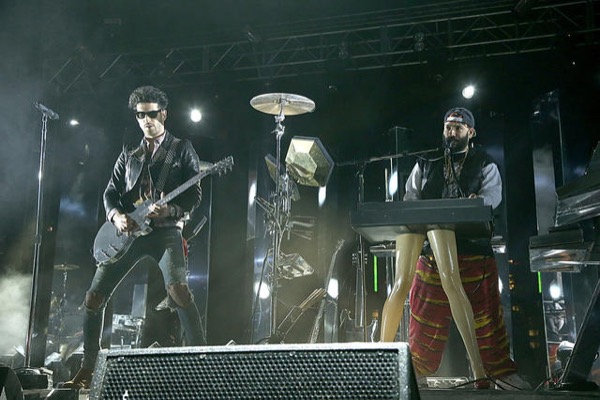 After an hour of movin’, groovin’, and guided two-stepping, a full crowd at Fun Fun Fun Fest’s Orange stage was left craving even more from Canadian funklordz David “Dave 1” Macklovitch and Patrick “P-Thugg” Gemayel. The polarity in the duo’s styles proved irrelevant when it came to the cohesion and synchronicity in their performance. While Macklovitch claimed the stage by tackling fancy footwork in tight, ripped jeans, Gemayel’s pink and yellow zebra-striped pajama pants stayed comfortably behind the keys, the master responsible for beats and the talkbox.

As soon as the first bass dropped in “Night By Night,” a dance party that remained untamed for the rest of the set erupted. Leading the crowd in claps, arm sways, jumps, and hundreds of festival-goers climbing atop a partner’s shoulders, Chromeo reaffirmed their title as party commanders in chief.

Signature details such as sexy-legged keyboards, strobe lights, and Macklovitch’s shades made the scene as well. Macklovitch ended each song in a power stance, holding his reflective guitar high like a showpiece. Gemayel, though more discreet, received the same response when it was his turn to take center stage.

At the end of the set, Chromeo sang to the crowd, “Our love’s too great to attenuate/ So let’s not say goodbye.” The feeling was mutual. 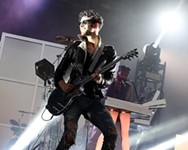 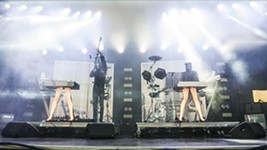