Gray skies hovered over Fun Fun Fun Fest, but that perfectly complemented the emo atmosphere of American Football’s Saturday evening set. Sans introduction, the reunited Illinois trio transitioned from a soundcheck to what became one of the most sobering sets of the cold night. 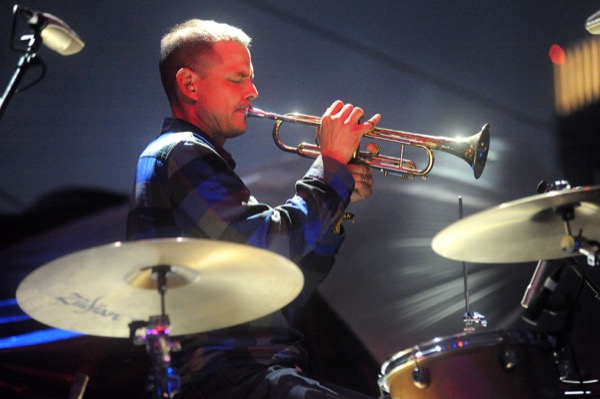 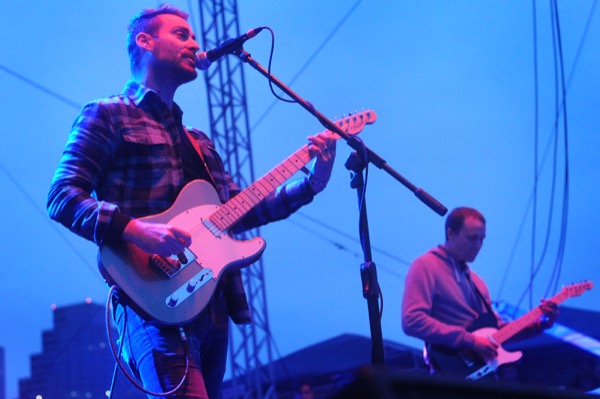 Their eponymous 1999 cult album caused a ruckus this year and last, when the group reunited after a decade-and-a-half to play sporadic shows across the country. They’ve aged along with the album, raising families and back-burnering the band for said cause, but their fans – the majority of whom never had a chance to see them live – remain in their early 20’s and emotionally fragile.

Though sparsely present on American Football, the upgraded role of drummer Steve Lamos’ trumpet in the live show as a unifying element in the arrhythmic songs proved essential. The combination of math-rock guitars and Lomas’ jazzy riffs throughout the seven-song set sucked the bobbleheading crowd into hysteria, especially during “For Sure.”

Mostly, though, singer/guitarist/bassist Mike Kinsella and fellow six-stringer Steve Holmes plucked delicately as Lamos crouched over his drum set, avoiding eye contact with the audience. It was a scene straight out of a Nineties garage-rock band practice, flannel included.

Though American Football’s sound remains grungy, the now-dads have grown up. They’re no longer sad post-adolescents, but rather adults now quick to make a dorky joke when they “fucked up” in the midst of performing “Never Meant.” That was the song most people in the crowd had come to hear, and they most likely could relate.