At the Mars Volta Drive-In with Joe Jackson

Antemasque is a band steeped in prog-rock lore. Despite having only 2014’s self-titled out under the name, founding members Cedric Bixler-Zavala and Omar Rodríguez-López have cultivated a devout following over the past two decades through their previous projects, El Paso-based At the Drive-In and the Mars Volta. 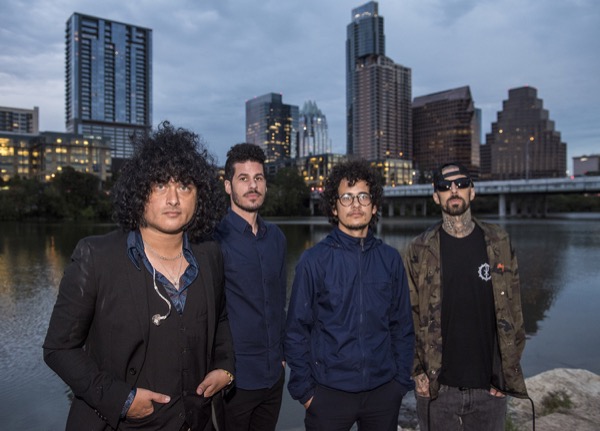 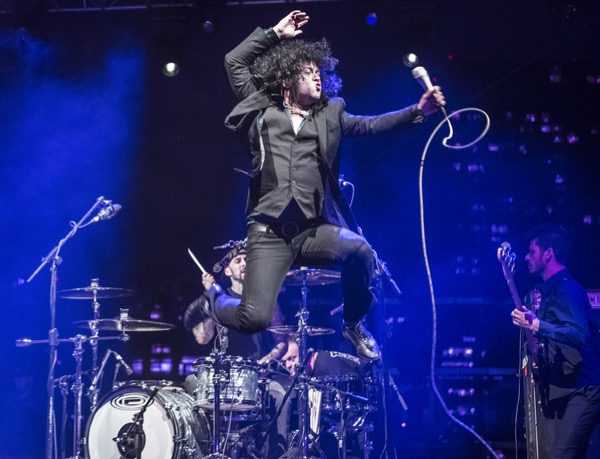 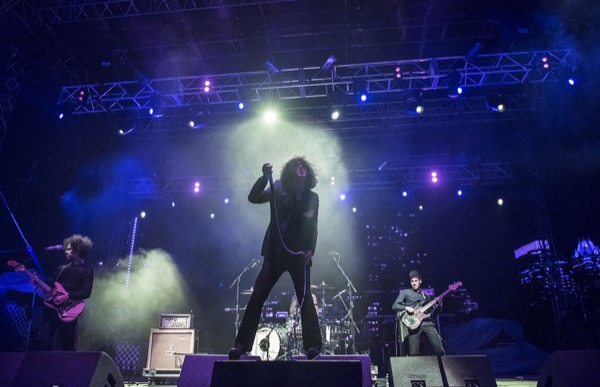 Mostly inspired and occasionally inane, Antemasque carried that same agitated vigor and theatrics of prior projects into their set on the Orange stage Friday night, starting 15 minutes late with “In the Lurch” and walloping through. Almost immediately one thing was clear: There’s no one true frontman.

Each member performed with violent energy, demanding attention. Rodríguez-López flailed on his guitar wildly and somehow maintained precision in his often math-y riffs, while his bassist brother Marfred recklessly knocked around. Blink-182’s Travis Barker held down the middle, pummeling the drum kit and continuously evoking drawn-out yells of “Traaaaaavis!” from the crowd.

Bixler-Zavala also hurled his body across the stage in ways that made it unclear whether he was possessed by the music or some sort of Satanic presence, inexplicably hiding under a white tarp at one point as he sang. The antics verged on irritating distractions; Bixler-Zavala was at his best when he was front and center singing, no frills and wailing, as he did during the chorus of anthemic “Let the Right One In.” His peculiar banter throughout included jumbled tangents about politics, fatherhood, and some good ol’ appreciation for the fans.

Aside from covering most of Antemasque, the band also introduced new songs (“Don’t Let Me Slip Away”). They also managed to fit in a cover of Joe Jackson’s “One More Time,” then closed with “People Forget.”