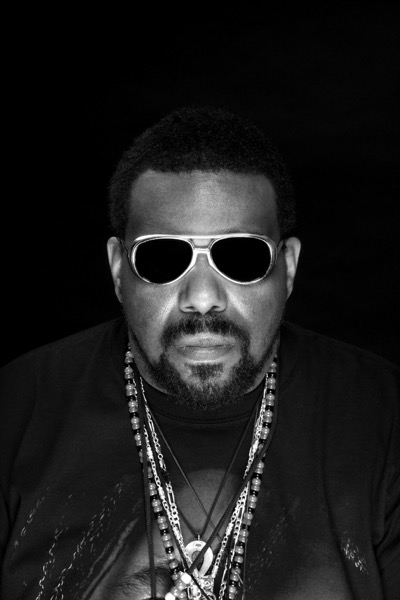 Austin Chronicle: How did you first get into music? Did you grow up in a musical household?

Afrika Bambaata: All black people are musical. It’s in our souls, in our DNA. Whatever the family was playing at the time is what you get the vibration of. I was getting vibrations of soul music and R&B, soka, calypso, reggae, rock music, pop music. In my household, one minute you could hear the Motown and Stax sound, and the next some Barbra Streisand or some Miriam Mekeba. Next thing, Rolling Stones or the Beatles.

AC: Take me back to the dawn of hip-hop and those early block parties in the Bronx. What was the energy like, the vibe?

AB: We had a strong vibration of people that were just going crazy hearing all theses beats as well as the disco music and R&B. When we started digging in the crates and pulling out stuff from the Sixties – James Brown, Sly & the Family Stone, George Clinton, Curtis Mayfield, Aretha Franklin – and then the rock beats of the Rolling Stones, Grand Funk Railroad, Creedence Clearwater Revival, and the reggae sounds of I-Roy, U-Roy, Trinity, it was good vibrations. We would even play music from commercials like Mountain Dew and “Sweet Georgia Brown” from the Globetrotters.

I’d tell ‘em, “I want you to dance like your mom and pop used to do back in the Sixties!”

AC: Kraftwerk played in Austin last month. I bet a lot of people don’t realize they had a big impact on early hip-hop. You were really into them, right?

AB: They were a big influence on me. I was heavy into Kraftwerk, Yellow Magic Orchestra, Gary Numan, Dick Hyman, and my man that made all of the Halloween tracks, John Carpenter. Take a pop sound from all those groups and add it to the funk sound of James, Sly, Bootsy, and Uncle George Clinton, and that became the birth of electro-funk. And from the electro-funk sound came all the other sounds from Miami Bass to house, hip-house, freestyle, and all that.

AC: You formed Zulu Nation more than 40 years ago. How did that impact the early days of hip-hop?

AB: We started on the backs of what was going on in the late Sixties and early Seventies with Civil Rights and the human rights movement. We tried to organize a lot of the street gangs and that became the birth of the Universal Zulu Nation. The Zulu Nation named the elements [of hip-hop], gave it a concept, and gave it a culture.

AC: When did you get the first notion that hip-hop was something that would expand outside your neighborhood and beyond NYC?

AB: Once I saw I could take it downtown and I got a big punk rock following, my ideology was to keep spreading this as far as we can. That’s when I started playing all the different rock clubs and dance clubs that were downtown. Then we started traveling to different states and our cassettes were like early albums being sent around from state to state, city to city. People started hearing our sound.

We started to get offers once we did the Europa trip [in 1982]. That’s when we knew it was gonna spread from land to land, town to town, city to city, country to country. We kept at it and got into the recording world, and started getting into places where we were never getting before.

AC: What years are we talking when the punk kids started coming to see you?

AC: Your early records have a heavy Afro-futurism vibe. I’m guessing P-Funk and Sun Ra were direct influences, but what else?

AB: Definitely when I brought back Fela Ransome Kuti records, which was his name at the time. Nobody had really heard of him when I went to Nigeria and brought his records back and started playing it to a large hip-hop audience. I started playing a lot of Fela Kuti and Ebenezer Obey, Sunny Ade, and started adding a lot of African break-beats, especially Manu Dibango, into our music. That’s why you hear more of an international African sound as well as break-beats from salsa, calypso, and reggae records.

AC: A lot of those records now reside in the library archives at Cornell University. What does it mean to you to know that your collection will be housed and studied at an Ivy league institution?

AB: It’s very important and good to know that Cornell picked it up and wants to archive it. It’s a shame that New York City didn’t get the idea before all these other institutions started archiving our stuff. We kept talking about the Hip-Hop Museum and now New York City is talking about they might help us. We’re trying to get the Bronx Courthouse on 151st street to become the Hip-Hop Museum, but we were fighting to get the armory in West Bronx and they decided to make an ice skating rink.

AC: You served as a visiting scholar at Cornell as well. What was that experience like and what were you able to pass onto students?

AB: It was good to learn from each other and speak to each other. I would teach them rap that predates hip-hop, show them videos of James Brown doing “Black and I’m Proud,” show them Ray Stevens, a country singer, doing “Gitarzan,” Cab Calloway doing “Hi-De-Ho”, and Ella Fitzgerald doing scat rap. The different styles that were always there in the early days but we didn’t have a title for it.

AC: Could you guess at one record you’ve played more than any other in all your years of DJing?

AB: Definitely James Brown. I can’t even say which one, but probably “Funky Drummer,” or “Sex Machine,” or “Get Up, Get Into It, Get Involved.” James Brown is definitely the most played. You can’t have a party without James Brown. He was the king.

AC: Hip-hop has become so woven into the fabric of American culture that it’s everywhere you look. Is that ever surreal for you – to think what you helped start in the Bronx literally changed the world?

AB: I’m very humbled and thankful to the creator that gave the blessing to myself and all the pioneers to travel and spread this culture, and that so many different nationalities and cultures of the human race decided to pick it up and speak it in their language, whether it be social ills or politics or just for fun. My prophecy is that we will see it become galactic. You’ll see it on other planets and it’ll take on other vibrations when we get with different beings of other planets. It’ll go through different stages in universal time.

AC: So you envision Martians one day breakdancing and listening to “Planet Rock?”

AB: Oh, definitely. There are certain artists who will always pass the test of time. James Brown will still definitely be in space. Kraftwerk will still be there, my stuff, and a couple other groups. When you start mixing that with the technology of other beings, it’s almost like that movie The Fifth Element with Bruce Willis, where they had that scene with the classical music and the breaks. It’s a concept that will definitely be there when you start going to other planets and meeting with other beings on those planets.

It ain’t so far-fetched, because we’re definitely moving at a fast pace to get to Mars, Jupiter, and other places. We already know that other beings have been coming here since the ancient days, so they’ve been checking in. And there are subterranean worlds too.

AC: If there were commercial space travel today, would you go and bring your music to the galaxy?

AB: Definitely. I’ve got a tie-in to Jupiter and Mars already that’s a good vibration. Zulu Nation has always said they came from Mars and they found all the pyramids on Mars, and they’ve definitely been looking at Jupiter. I’ve always told people we are not alone in the universe, that there are other beings. People used to think I was crazy. There are way more than the nine planets that they’ve been saying. Now NASA is catching up to what we’ve been saying since the ancient days.

AC: Is that all part of “Searching for the Perfect Beat?” Have you found it yet, or is it out there in the cosmos somewhere?

AB: It’s all over the place. It’s on Earth and out there in space. People keep forgetting where Earth is. Earth is in space, sitting out there in the universe. It could be in this galaxy or it could be in other dimensions, other time zones. Time is and time always was. No such thing as time.

AC: Bringing it back to Earth for a second, what can we expect from your set at Fun Fun Fun Fest?

AB: I’ll be DJing and have my rapper do his thing. We just party, we don’t want no wallflowers. Don’t come there looking at me just taking pictures. Dance to the music, like Sly & the Family Stone said. Come have fun. Like P-Funk said, “Shit, goddamn, get off your ass and jam.” 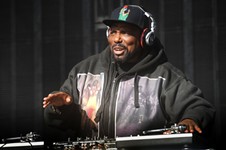