“Musically, we weren’t born into rap. We were born into black music ...” 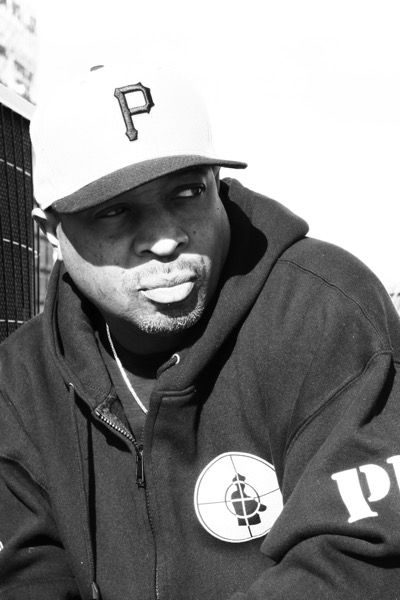 Austin Chronicle: Your new album Man Plans God Laughs is only 27 minutes long. What’s the reason for such conciseness this go-round?

Chuck D: Space and time. We live in a place and time of people being distracted by all kinds of different things. If you’re gonna be a 50-plus-year-old person making new records, make ’em count right away and get up out of there. No need to ramble on.

So we developed a new style: Make it short and sweet. We tried to make a Ramones-type record, with no song going over two minutes, which was hard to do. So we [settled] on three minutes. We’re in a period of edits – have to make sure the edits count.

AC: You’ve been inspired by a few albums recently: Kanye’s Yeezus, Kendrick Lamar’s To Pimp A Butterlfy, and both Run the Jewels albums. What moved you about these projects?

CD: The sonics, the points of view. And the fact that I really believe what they’re saying to the core. The sonic marriage was a big part of it with me and Gary [G-Whiz of Public Enemy’s Bomb Squad], just like El-P and Killer Mike [in Run the Jewels]. Their albums were about where we stand in the digital age. And the digital age requires “less is more.” I wholehearted believe in that, being solid and to the point.

AC: A lot of older artists will reprimand the younger guys, but you bring your voice to that conversation by lending your experience.

CD: I’m not going to chastise. I’m going to talk what I believe to the core. I challenge and question fans – “I’d ask do you believe what you just heard?” – so I’m not going to make up anything I don’t believe. When it comes down to a lot of the older MCs challenging the young guys, [they challenge them] on the effort or other aspects of the art form.

AC: When Public Enemy first came out, you were on MTV-

CD: Well, not really. Understand this: We were a part of the Yo! MTV Raps – in London. The reason Yo! was called that was [because] we were stationed internationally, and [the show] was named after our album, Yo!, Bum Rush the Show. There was a lot of resistance coming out of MTV in regards to hip-hop. We weren’t on there a lot, but we knocked down barriers [for other rappers.] They had us on in certain spots.

AC: How do you view the ebb and flow of rap consciousness since PE started, now a worldwide phenomenon?

[For example], London was our base from minute one. The things we were saying were more pertinent to what was happening around the world than just the United States. We came from New York, but we spoke to the world. People had already heard the New York story way before us – [Grandmaster] Flash, Run DMC. We realized we weren’t going to be the chosen ones in the United States, so as soon as we got our passports, we were gone.

AC: How do you see hip-hop as a vehicle for social change in the present day?

CD: When we started, Reagan was still the president. The Berlin Wall was still up. Margaret Thatcher was still the prime minister of the UK. Crack was an epidemic that was going from east to west. Musically, we weren’t born into rap music. We were born into black music: Motown, Stax, Atlantic, Philadelphia International. Singer-songwriters like Bob Dylan. AM radio.

Bring the Noise
Public Enemy one of few bands outspoken on Iraq.