Save a life – Austin music

Patty Griffin, Jimmie Dale Gilmore, Alejandro Escovedo, and Tito Larriva are among the many local stars scheduled to perform at SIMS’ 20th anniversary concert on Dec. 5 at KLRU Studio 6A. The concert title says it all – Stargazing: A Constellation of Austin Music. 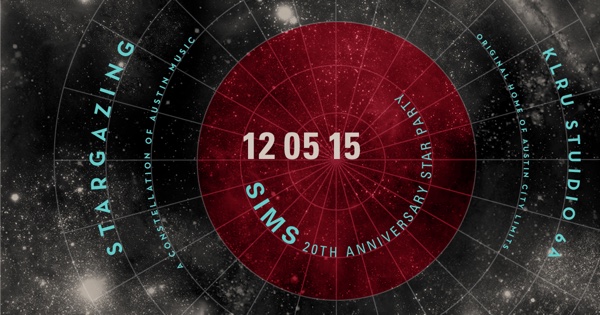 The show highlights the symbiosis that exists between Austin musicians and the homegrown non-profit. Like last month’s HAAM Benefit Day, music givers are quick to join in chorus with an equally crucial fundraising event for the SIMS Foundation, providers of mental health and addiction recovery services for local musicians and their families.

“The talent onstage at the Stargazing concert are either people who’ve used SIMS services or believed in our mission,” says SIMS Managing Director Heather Alden.

Players will be backed by an all-star house band consisting of Adrian Quesada, David Garza, Michael Ramos, George Reiff, Conrad Choucroun, and Sonia Moore. Chronicle editor Louis Black and longtime Austin arts supporter Sandy Boone will host the show, while KUTX’s Elizabeth McQueen and Jody Denberg handle emcee duties. The latter’s long been a friend to SIMS, helping raise over $2 million through the Broadcast CDs he created while at KGSR.

In the two decades since SIMS launched, it has supplied over 5,000 Austin musicians with addiction and mental health services. Their network of providers includes over 70 therapists, psychologists, and addiction specialists who work with local musicians to overcome issues commonly involving depression, anxiety, and alcohol abuse.

“We help people when they’re in their most desperate place,” says Alden. “And for 20 years we’ve heard the same thing over and over: ‘SIMS saved my life.’”

Tickets for Stargazing: A Constellation of Austin Music go on sale November 5.