When Shakey Graves made his ACL Fest debut in 2013, he overflowed the small BMI stage with a crowd drawn to hear the much buzzed about local songwriter. Two years later, and on the much bigger Miller Lite stage, Alejandro Rose-Garcia needed no introduction. 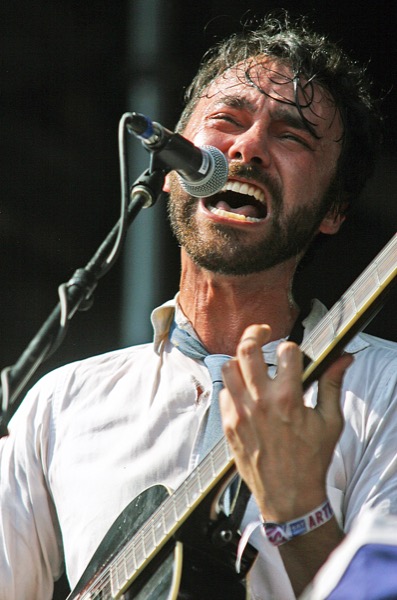 “Let’s make some noise,” he opened in taking the stage solo amid the low rolling rumble of “Late July,” working the kick drum himself as he rallied the crowd in clapping. The consummate Austin showman was already sweating through his white dress shirt by the time Chris Boosahda and Pat O’Connor joined for a feedback-washed “Family and Genus.”

Without a female counterpart for “Dearly Departed,” the Esme Patterson co-written lead single from last year’s official debut, And the War Came – and the group having already swelled to a quartet of rough harmonies – the frontman playfully let the crowd pick up Patterson’s part. “Big Time Nashville Star” followed better, the recently crowned Best Emerging Artist at the Americana Music Awards scorching a rockabilly rhythm.

Solo once again for “Hard Wired,” the singer pulled out a gritty twang, while troubadour ballad “Donor Blues” segued into “Proper Fence.” His native homies ate it up.

By the time the band rejoined for closing pair “If Not for You” and “The Perfect Parts,” the heat proved the biggest obstacle to the mid-afternoon folk jams. Even this turned into an asset when Rose-Garcia removed his shirt to the near hysteria of female fans. Shakey Graves knows exactly how to work an audience. 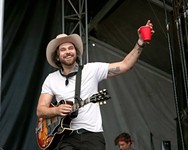 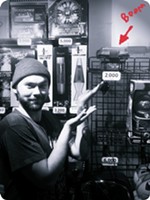