Wearing a bright red jumpsuit, a pop of color in the sea of black-clad bandmates, he commanded an altogether different act. 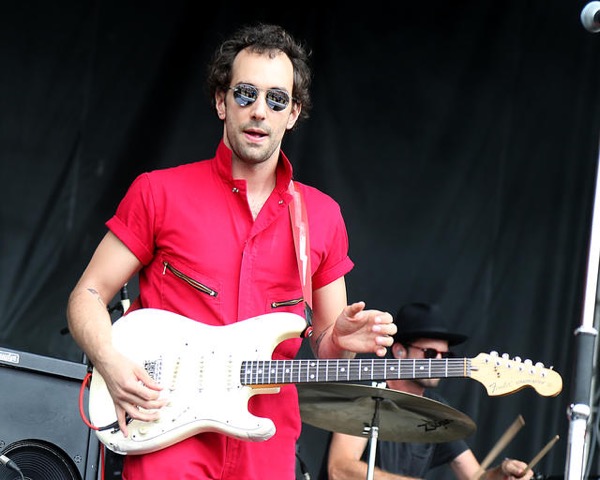 Taking the stage to the Doors’ “The Soft Parade” – Jim Morrison’s struggle with how he wanted to present himself against what the audience wanted him to be (“You cannot petition the Lord with prayer”) – that then segued into Ace Frehley’s “New York Groove,” Hammond personified the ultimate bandleader: friendly but detached, cool but fiery. Throughout the hourlong set, his two guitarists, bassist, and drummer stayed put, simply moving their wrists or tapping their feet. The beatkeeper’s monkey-like swings and sways stroked crisp beats, contrasting with Hammond’s muffled vocals.

Hammond doesn’t cover a single Strokes song. Instead, he highlighted his July comeback, Momentary Masters. Peppered in were a few songs from his first two LPs and EP, including fan favorites “In Transit” and “St. Justice.”

The majority of the ample crowd wasn’t familiar with his solo work, but the pent-up energy held their attention nonetheless. Several times, Hammond closed his eyes, clenched his guitar, and jolted as if the lightning bolt on his guitar strap coursed through his body. He looked like he was going to explode.

When he finally did, he left the cool guy act for what he really is – realistic. 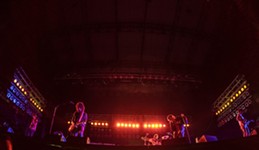 The Strokes
Is This It, new again perennially