How do you know when you have a hit on your hands? The best rapper alive (sorry Drake, we’re talking about Kendrick Lamar) hops on the official remix, T-Pain and Chingo Bling record their own goofy covers, and the track gets bandied about in any respectable debate about song of the summer. That’s “Classic Man,” the swanky debut single from Jidenna. 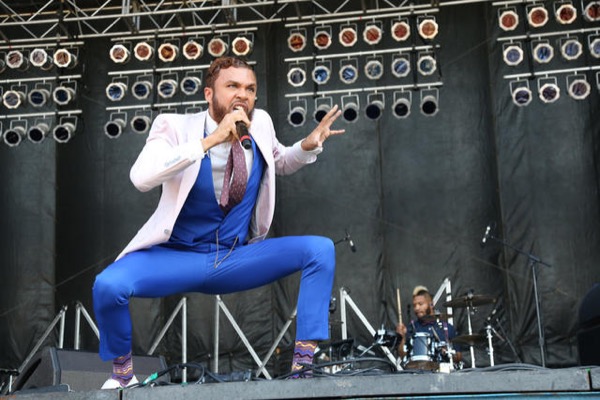 Born in Wisconsin, the 30-year-old singer was raised in his father’s native Nigeria. Based in the Bay Area after graduating from Stanford, he invited a then up-and-coming artist named Janelle Monáe to perform at a masquerade ball. The two forged a bond, and when Monáe launched Wondaland Records, he was among the first acts she chose to break.

Thus far, Jidenna’s garnered more press for his threads than his art. A true dandy, the “elegant old fashioned man” walks with a cane and dresses in three-piece suits in a nod to the post-Civil War style of free blacks. As conversation reveals, he’s no empty Jim Crow-era suit, either.

Austin Chronicle: We both have something in common – the middle name of Theodore.

Jidenna: [Laughing] Oh, really? Yeah, I was named for Theodore Huxtable. My parents thought it was gonna be a cool name, but it wasn’t really cool in the Nineties, so I never used it.

AC: What about Jidenna? Is that a family name?

J: It’s an Igbo name. My father named me. The phrase means “embracing the father.” I think he wanted me to become an engineer like himself. He was very strict on education and academics, and wanted me to walk in his footsteps. So Jidenna comes from the Igbo language in Nigeria.

AC: Did he get to see you go down this path as a musician before he passed away?

J: He was aware that this is what I was born to do. I’ve gone down several paths. I started school as an engineer, but underneath it all I knew I wanted to use instruments, not build them. He didn’t get to see me post-”Classic Man” and all the magic that’s happened in the last couple of years.

AC: Let’s begin by defining terms. How would you describe a classic man?

J: He’s someone that everybody knows and respects in the neighborhood. He looks out for people beyond his own blood. He’s composed. Even under fire he keeps cool. A sharp guy all around – mind, body, style. He can be silent like a true G – and I mean G as in gentleman or gangsta – or he could have the gift of gab, but he’s always careful with his choice of words.

AC: I recently heard your “Long Live the Chief.” You’ve got bars! You can really rap.

J: I’m excited that people are gonna get to hear that. For me, it’s important that as you’re introducing yourself you show different dimensions. “Long Live the Chief” speaks to another side of me and will surprise some people.

AC: What’s it like when the whole Wondaland Records crew is together and deep in the creative process? Like summer camp, are you all sleeping there? Do you wake up and do sunrise yoga together?

J: It was like the dopest summer camp you could go to as an adult. We were definitely waking up and doing yoga. We were cooking together, sleeping on the floor, sometimes in white tunics. By nightfall, we’d be dancing around the fire pit or jumping on the couch, drinking fancy juice – Wondapunch. Everybody would have an instrument in their hand, everybody was on the mic all night. It was just a fun time, an adult playground in the most pure musical sense of that phrase.

AC: As a label, you’ve all been a part of the solidarity with Black Lives Matter, marching in the streets and at rallies. How do you see the intersection of art and protest in your work?

J: I think it’s the job of the artist to reflect the times and also reflect his or her views of the world. For us, there are issues that have been important for a long time, since before we were born, that most of the artists on Wondaland speak about in their music. Police brutality, the prison industrial complex, the entire war on drugs, issues that have plagued our community. Since we have a full force at Wondaland, we felt it was our duty to get out, both on the stage and in the street, to stand in solidarity with the families, first and foremost, and the community organizers that are pushing these issues to the forefront of American media and politics.

AC: Comparative studies in race and ethnicity was your major at Stanford. Have you always been politically/socially/racially conscious, or did you have a specific moment of awakening?

J: Like most people, I had several awakenings. I was raised in Nigeria and my mother is white, but I never saw her as white – not until I came to America. She was just my mother. She didn’t really have a color. When I came to America, the first day of school I was called an African nigger and punched in the face by another student. I had to go home my first day of school in America and ask my mother what a nigger was.

If that’s your introduction to a country, that’s the first awakening you have. Not unlike our country’s history, my personal history was founded upon an unfortunate history of racial conflict between black and white.

AC: Let’s talk about your fashion sense, which is a big part of your identity. A lot of people might think it’s strange for a black man to be evoking the style of the antebellum south.

J: My style is not specific to the antebellum south, but it’s heavily inspired by the Jim Crow era. I wanted to remind myself and others of the old Jim Crow so that we can remind ourselves that we are still living in the new Jim Crow. With the use of phones and technology and social media, the nation at large is starting to cover more and more the unfortunate tragedy of the new Jim Crow. I feel it’s important to dress in the fashion of the times.

AC: Growing up in Nigeria, Fela Kuti was a big influence. Do you know the song “Gentleman”?

J: [Laughing] Yeeeeeeeeeah. “I no be gentleman at all. I be Africa man original.”

AC: Exactly, it’s a critique of the colonial mentality. He argues that if you wear a three-piece suit in Africa, you’re just going to sweat and smell like shit. If 2015 Jidenna were in a room with 1973 Fela talking about style choices, could you come to a place of agreement?

J: I don’t know if Fela would necessarily agree. He was projecting a message that he felt was important for that era, just as I am projecting a message that I feel is important for this era. Because we’re from two different eras, I’m not sure what the middle of the Venn diagram would be other than we both care deeply about humanity and a government that serves its people. So maybe that’s one thing we could agree on.

AC: I consider myself a student of history, but I was digging through your Instagram feed and learned about someone I had never heard of before. What can you tell me about Paschal Beverly Randolph?

J: Oh man, he was an extraordinary gentleman. He was a very peculiar guy, especially for the time [1825-1875]. He was an abolitionist and rumored to be an occultist. He was a sex magician, he was a writer. He had a range of passions, but what’s interesting to me is that the individual lanes that he studied were all different. He struck a balance between pleasure – with the sex magic – and ponder, with his abolitionist fervor and the spiritual world.

As a so-called mulatto of the time, it must have been difficult, but here he was traveling the world, going to Europe, traveling across America, and picking up all these different types of passions that he had. I just find him extraordinary, and I like studying extraordinary men and women. 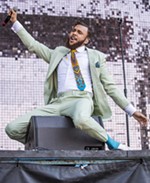