How meta is too meta? Don’t ask Father John Misty. A gifted, polarizing performer, Josh Tillman, the man beneath the moniker, can’t decide. Despite his natural elegance and angelic falsetto, there’s a peculiar disconnect when it comes to reconciling the sincere with the sardonic as Father John Misty, a distraction in his set on the Honda stage Saturday. 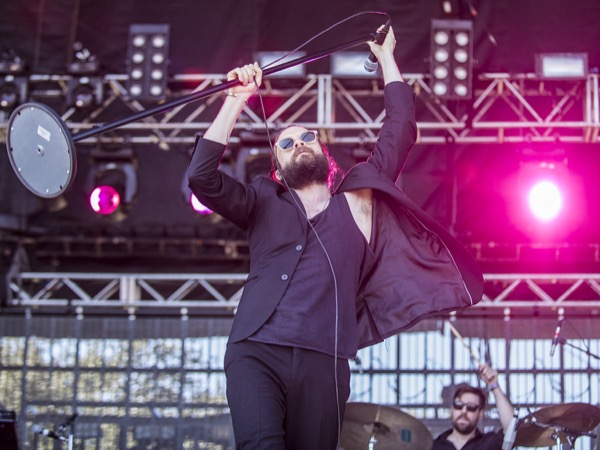 In spite of that, Tillman has enough talent – think singer/interpreters Lee Hazlewood and Harry Nilsson – to provide one hell of a show. Favoring I Love You, Honeybear (Sub Pop), the hourlong set opened with the title track and tore through “Strange Encounter,” “Chateau Lobby #4,” and an explosive, violent “The Ideal Husband.” Even “True Affection,” an electronic track that’s a clunky misstep on the album, fit right in with the affectation.

“Hollywood Forever Cemetery Sings,” “I’m Writing a Novel,” and “Only Son of the Ladiesman,” all from 2012 debut Fear Fun, also snuck into the set list despite the FJM bow being less cutting, more imaginative.

“I’d like to turn things up a notch with a sarcastic meta-ballad about despair,” Tillman offered in his introduction to the latest disc’s “Bored in the USA.”

A piano-driven meditation with a built-in laugh track bemoaning materialism, capitalism, and all other -isms that make America America, it was recorded by gleeful fans with expensive smartphones, phones in turn borrowed by Tillman to shoot his own selfies. Meta indeed.

Saturated in spectacle, there was sashaying, hoisting the mic stand over his shoulders, and Tillman’s now-signature hip gyrations. Burlesque meets the senior management at your local Urban Outfitters. It’s the epitome of inconsistency within the Father John Misty character.

Tillman loathes hipster culture but has a man-bun. He writes quirky love songs, yet mocks his fans throughout his set. Who’s the punch line of the joke – him, or us? 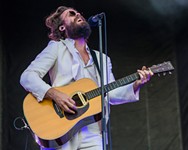 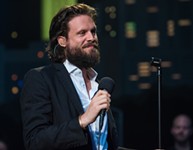