Texan soul great can do no wrong

ACL Fest makes mainstage acts. Shins, Kendrick Lamar, Gary Clark Jr. – all indicated far greater appeal in Zilker Park than previously assumed. It could even be argued that if ACL puts you on the big stage, you become a headliner whether you were beforehand or not. Leon Bridges returned to ATX already a star, but Friday’s Honda stage set transcended even that. 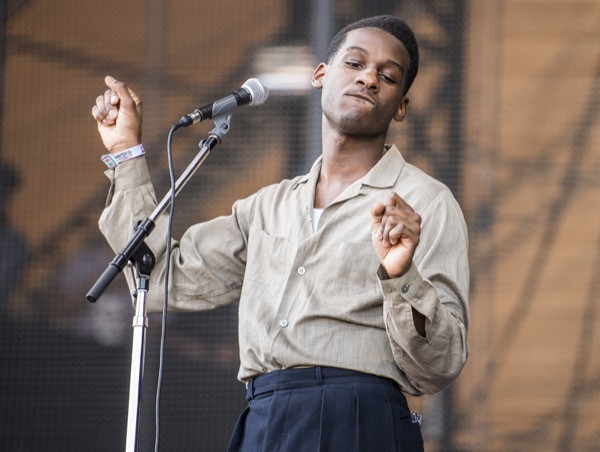 For 55 minutes on an unseasonably cool October day in the Park – ACL first Fridays continue to gift godlike weather vibes – the Ft. Worth soulman didn’t so much electrify the sea of likely first-timer witnesses on one of the Festival’s pair of main stages as flat-out hypnotize them. Someone dispensed the twentysomething sensation of his guitar until the last song of the set, which left him to twist away the 4pm slot out front of a backing sextet with an R&B not heard since the Fifties. Sam Cooke, Jackie Wilson, the soundtrack to Animal House – take your pick.

Augmenting his airtight June debut Coming Home with several songs new to his still introductory performances, the singer never made a false step. He dresses like Nat King Cole, but his charisma is that of Charles Brown and Muddy Waters, crooners and bluesman larger than life on looks and appeal alone. Bridges’ casually careful delivery, an instinctual, physical dance with the microphone and vocal registers, kept the line readings narrative continually unfolding.

Particularly effective was a trio of original compositions touching on New Orleans. “Lisa Sawyer,” about his mother, “Twistin’ & Groovin’” – inspired by his grandmother’s long legs at a party – and “Mississippi Kisses” tantalized in their warm groove cross-pollinating with the Crescent City’s swampy aural spells. Whether boogieing (“Out of Line”) as powered in part by Josh Block (drums) and Austin Jenkins (rhythm guitar) of White Denim (formerly?), or “Pussy Footin’” a virtual toga party, Bridges evoked two other retro acts that thrilled ACL audiences past: Aloe Blacc and Raphael Saadiq.

“Hello beautiful people. Good to be back in Texas – chillin’,” he had opened, but by the last song even the singer was awed by his own Leon Bridgesness. “Man, there’s so many of y’all here to see me.” 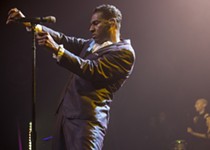