Some cringeworthy habits you outgrow: cheap vodka sans mixer as a coping mechanism, dating heartbreakers that become the subject of rambling LiveJournal entries, etc. Starting in the late Nineties, Death Cab for Cutie famously provided the score for rocky adolescence. Their resolutely personal work then matured alongside a rabid fanbase. 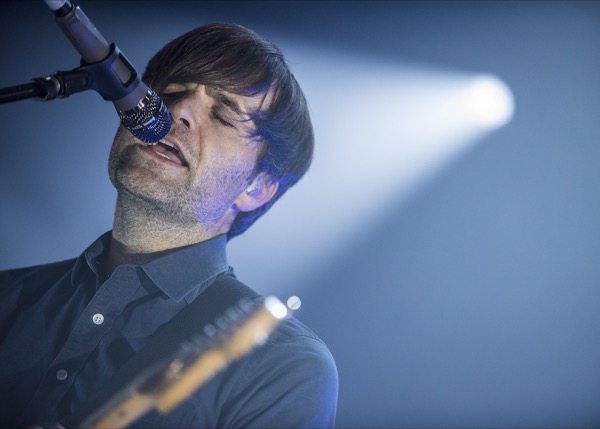 Thanks to that, the air in the Moody Theater on Monday – first show of a two-night stand – stirred up mass sentimentality as the quartet-turned-trio-turned-touring-fivepiece took the stage, the sold-out house producing a thunderous welcome. Shrouded in purple light and performing in front of a subdued backdrop from Kintsugi’s album art, they kicked off with the deceptively hopeful “No Room in Frame.” Bandleader Ben Gibbard sighed the opening line, a sincere and fitting, “I don’t know where to begin.” 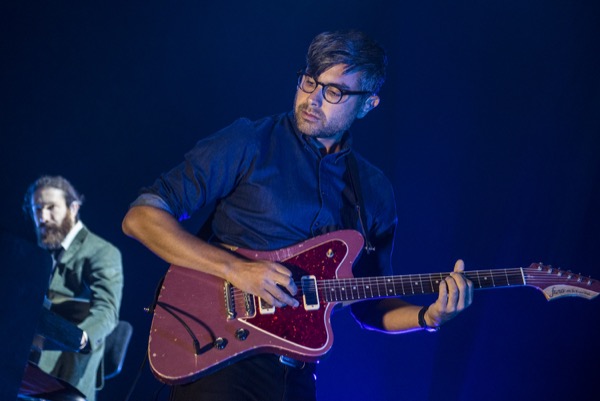 Nearly two decades of fronting the Washington Staters probably sorted it out, a period during which the group’s produced a beloved catalog and also dealt with last fall’s departure of founding guitarist and producer Chris Walla. While the chemistry between Gibbard and Walla went missing last night, the band persevered with two sprawling hours of music. 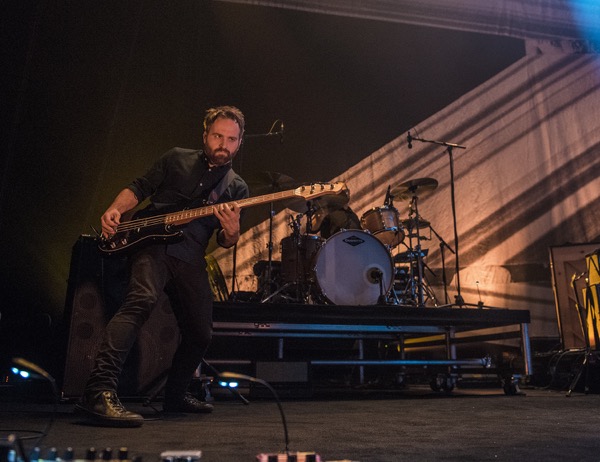 Across the staggering, 20-track set, Death Cab covered the expanse of its discography, favoring songs from 2014’s Kintsugi without skimping on older work like the unpolished, jangly “Pictures in an Exhibition” off 1998 debut Something About Airplanes.

Careful and quietly understated, “You’ve Haunted Me All My Life,” synth-infused Eighties tribute “Everything is a Ceiling,” and “The Ghosts of Beverly Drive,” all tracks from Kintsugi, were met with polite tolerance rather than celebration. Waiting for staples remains the recurring theme at Death Cab’s live shows. No matter how good the new album, it can’t touch the early 2000s output. 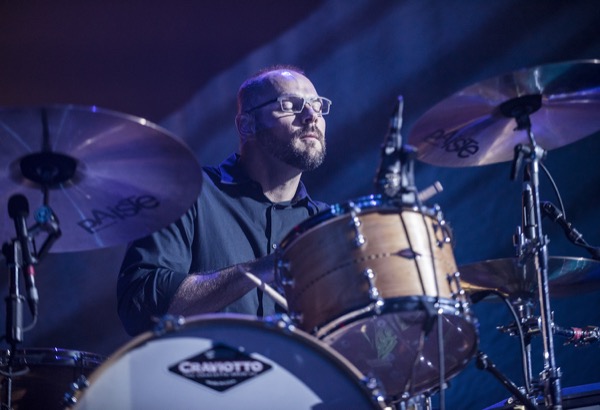 Following a moody and meditative lament of Los Angeles, “Black Sun,” there was a moment of ambient and fuzzy reprieve. Palpable excitement rippled through an audience that knew what was coming. Death Cab then exploded into 2003’s “The New Year,” opener of cherished Transatlanticism.

That’s when the crowd was happiest.

The dopamine continued to flow during the droning, five-minute instrumental opening to “I Will Possess Your Heart,” shimmery “Soul Meets Body,” plucky signature guitar piece “Title and Registration,” and piano ballad “What Sarah Said,” when Gibbard croons, “So who’s gonna watch you die?” Acoustic radio darling in 2005, “I Will Follow You Into the Dark,” prompted seemingly every audience member to both sing along at top volume and simultaneously tape the entire song on their iPhone 6 Plus.

To Death Cab’s credit, they navigate the years of their music with deft ease and unyielding energy. Gibbard, 39, is a buoyant performer, hurling himself back and forth from one sensibly-shoed foot to the other (he blamed the Topo Chico for his energy). And his voice retains the jilted choirboy quality of his youth.

Death Cab for Cutie
Something About Airplanes (Record Review)