Every touring act plays up the Keep Austin Weird schtick – in a pandering way. For Slipknot, it’s thrown down as a challenge. “Wanna get weird with me, motherfuckers?” leered frontman Corey Taylor from under his dead skin mask to a packed Circuit of the Americas on Wednesday night. 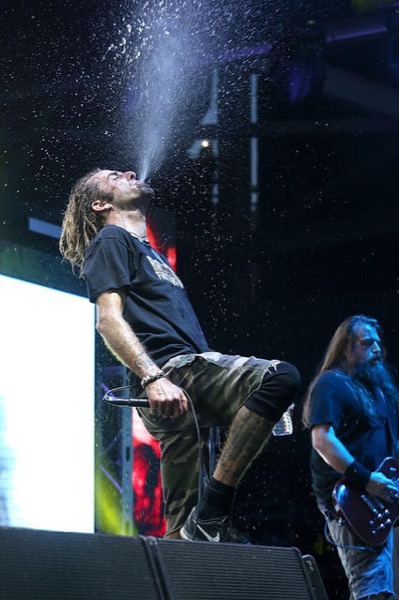 Opening, Lamb of God’s Randy Blythe summed up the psychotic appeal of the world’s second biggest metal band (under the ne plus ultra Metallica) before ripping through “Ruin” from 2003 breakout release As the Palaces Burn. Apt choice. The song’s thematic riffing on cults, accompanied by visuals of snake handlers, Jim Jones, and televangelists, hints at the headliner’s deliberately twisted appeal.

Not that LoG are shabby, plus they know how to play to the local crowd. The Virginia power machine made the obligatory Texas shout-out to Dimebag Darrell before “Rednecks,” offered a coincidental Austin nod in “512” from this year’s VII: Sturm und Drang (Blythe’s cell number during his stay in Prague’s notorious Pankrác Prison), and a more deliberate local reference when the singer instructed the audience to “listen to Krigblast.” 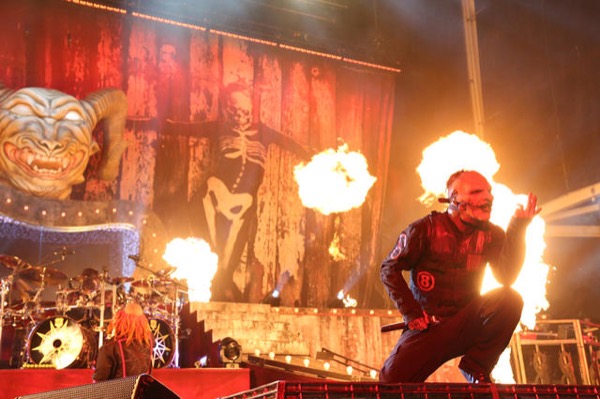 Slipknot, they’re the Pixies of metal. Substitute loud-quiet-loud for fast-breakneck-fast. That extends to the bandmembers as well.

SXSW 2012, Moonshine Grill: Shawn Crahan, aka Clown, is talking about his art, photography, and the decaying iconography of Slipknot. Drive and intensity so furious, his bulky frame vibrates like a hummingbird. Hands calloused from years of slamming drums and beer kegs with a baseball bat, he hammers me with eye contact as he talks about his outsider artist status, his near-accidental discovery of symbolism and semiotics, and his instinctual communication with his beloved maggots – the name of Slipknot’s massive fan base.

Onstage, that intensity becomes eerie. On the more capacious COTA lawns, Crahan’s magnetic charisma is still there as he sways on his elevated percussion perch. Dressed as Satan’s favorite sailor, he sways and staggers as if hypnotized by the madness, barely even flinching as Sid Wilson flies over his head to his turntables.

And it’s all his mad circus creative vision, from the first flames that engulf the drum risers during the intro, to the final closing curtains, stamped with the band’s barbed wire “S.” 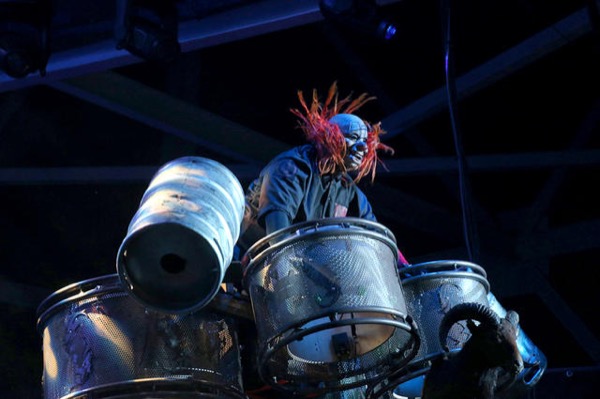 Although it may slip past casual observers, the drummer’s more pivotal than the singer. That said, no one works harder than the frontman. Every time Taylor reared back for another scream, a cascade of sweat gushed down his jacket from inside the folds of his mask. Even with a slightly shredded voice – last night notched the antepenultimate date of the Summer’s Last Stand trek through America’s dustiest bowls – his emotional connection of hate, misery, and empathy still roils with multiple mosh pits.

After so many fears of implosion, the nine are whole again. The new backline of Jay “son of Max” Weinberg and bassist Alessenadro Venturella firmly integrate into the ’Knot sound, although the second generation drummer seemingly abandoned some of his predecessor Joey Jordison’s nervous tic fills. “Psychosocial” highlighted the interweaving guitars of Jim Root and the brutally under-rated Mick Thomson through interlocking solos, which revealed the real trick of the whole show. 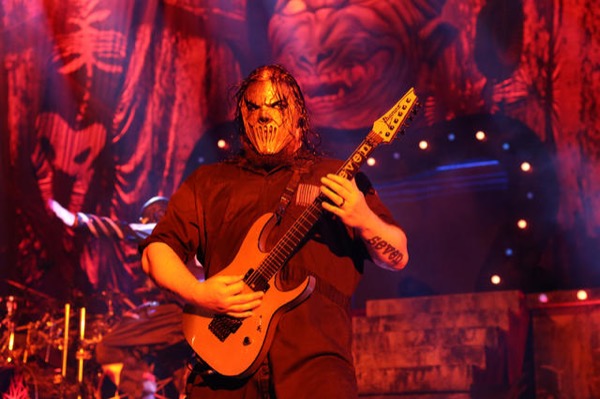 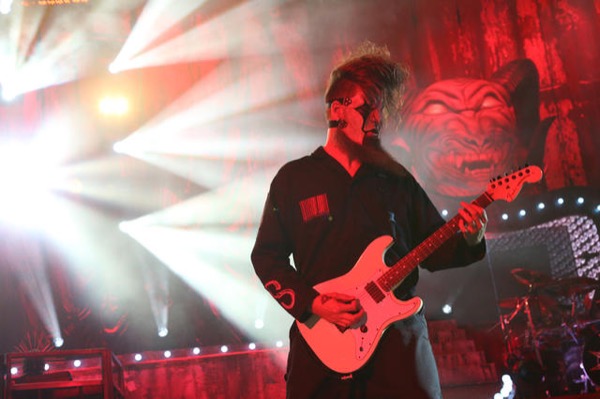 For most bands, nine members would be an indulgence. For Slipknot, it’s a necessity for the density and texture of sound. There are points when only three drummers, two guitarists, two vocalists, samples, keyboards, and bass will do what they need to do.