Desk jockeydom, even in this job, means they only unmanacle me for lunch and at quitting time. Yabba dabba do. That made me HAAMing it up around town during business hours yesterday, for what KGSR’s Andy Langer called another South by Southwest while introducing a noontime set by Shinyribs at Whole Foods downtown, akin to parting Willie Nelson from his bus.

The one that really hurt was missing old weird Orange Mothers alum Ethan Azarian at the McDonald’s on Airport (see photo gallery). Only SXSW and HAAM Day could arrange such a stage, and in this case, no doubt as a nod to the local minimum wage origins of Daniel Johnston. As with any citywide musical convergence, I managed to get my licks in nonetheless. 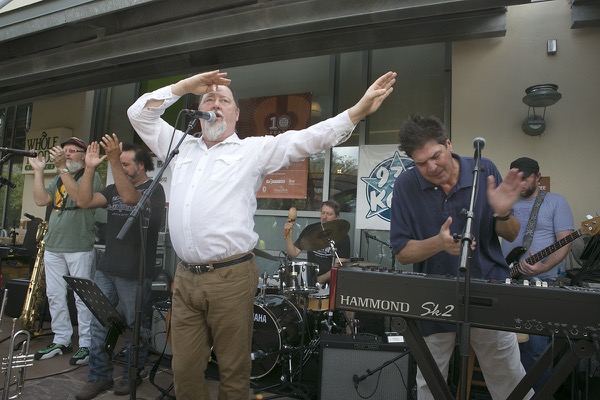 When they were handing out personality, Kevin Russell got the village’s entire ration. Okra Candy, third and best album from the capital city privateers, scarfs down roots music from Beaumont to Lake Charles like Thanksgiving at Threadgill’s. Which makes their rémoulade far too easy to take for granted, but that’s a sucker’s bet, because the ’Ribs’ facile hooks and unassuming anthems slip and slide as singularly juicy as Gulf Coast oysters.

Peaking a line-up running 6am to 5pm – local all-stars Scrappy Jud Newcomb, Suzanna Choffel, Shelley King, Quiet Company frontman Taylor Muse, Gina Chavez, and many more, one right after the other – the former Gourds co-leader staged a shamanistic master class on melting pot musicality. Summoning the day’s first showers for an outdoor throng during KUTX rotator “Baby What’s Wrong” (“... with you, weeping while the sky is blue?”) only stoked the brass-lined bandidos to greater hijinks during the 40-minute set. Russell jumping into the front row to jig with kids and then head the conga line at close proved him Austin’s legitimate Pied Piper. 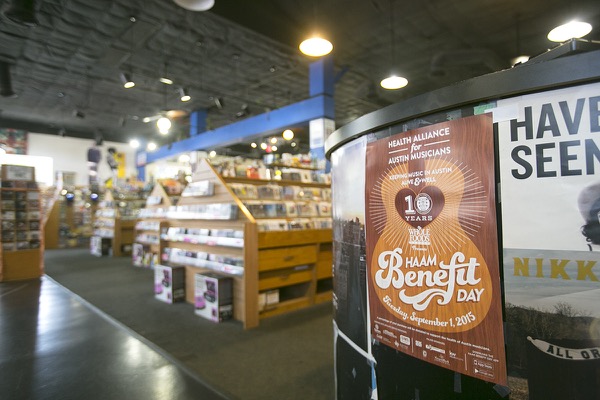 When I die, please scatter my ashes at Waterloo Records. (Photo by Jana Birchum)

Yours truly needs zero excuse to throw down greenbacks at a record store, but since the headquarters for presenting HAAM sponsor Whole Foods sits 20-30 yards from Mecca – donating a portion of the day’s proceeds to the non-profit – Waterloo proved the perfect spot to wait out the afternoon downpour. $55:

And a $5.99 Blu-ray of Prometheus, a sweet, sentimental retelling of Alien by its director. Nostalgia – sue me. 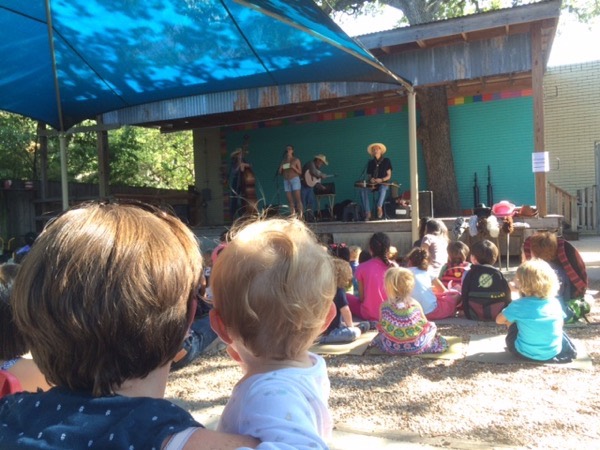 Miles and Miles of Tots: My wife Agnes and son Lazlo look on at K.R. Wood at Escuelita del Alma. (Photo by Raoul Hernandez)

You haven’t experienced live music until you witness a 1-year-old headbanging to “She’ll Be Coming Around the Mountain.” A group of 2- and 3-year-olds moshed nearby. One of the best stages in town happens to reside just off I-35 midtown, in the play area of bilingual daycare Escuelita del Alma.

Last I glimpsed ace cowpoke performer K.R. Wood, he was entertaining the outdoor BBQ set at Rodeo Austin. “Home on the Range,” “Feliz Navidad,” and “Miles and Miles of Texas” drew what was likely one of the best crowds all HAAM Day: some 65 or so tots and their parents, caregivers, and auxiliary band translator (MVP Jaime). The local trio of dobro, stand-up bass, and the namesake frontman’s acoustic guitar lacked only Shinyribs to further rile up the next generation of homegrown music aficionados. 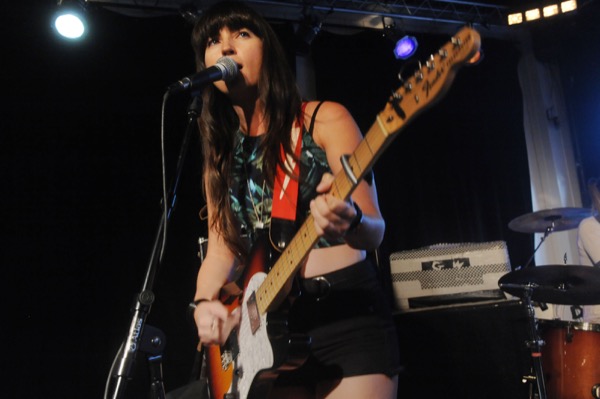 Leslie Sisson leading the Moving Panoramas at the Palm Door on Sixth. (Photo by John Anderson)

Leave it to SXSW to stack one of the best bills of the day. Feral post-blues duo Ghost Wolves followed the openers, and doom pop prize the Well headlined, but no one slept on the opener. When Moving Panoramas went on at 7:15pm, there were a dozen loners in an ample room that has housed more Sixth Street shot bars over the last couple decades than most college towns even support. By close, the audience had quadrupled.

Legitimized by the U.S. music festival sovereign, Palm Door on Sixth provided ample 4AD atmospherics for the ATX female trio, which rose to its buzz with a half-hour of skittering shoegaze pop.

Since show promoter C3 Presents is a HAAM Day underwriter, that made a roadshow moved from the Cedar Center last week for poor ticket sales fair game. No HAAM tip jars or a platoon of volunteers roving the full house for cash, but a collection should be taken up for ailing Motörhead croaker Lemmy. Anyone who’s seen the rockumentary Lemmy knows what shape the 69-year-old hellraiser arrived in.

Fellow UK heshers Saxon steamrolled the mid-slot with thrash-lined Eighties heavy metal, but 15 minutes in, their very first tour mates back in 1979 stopped mid-song and walked offstage. Having announced he’d been sick for the last week (“It’s not all my fault”), Lemmy came back out, apologized, and canceled the rest of the set. The jar atop Motörhead’s merch table got my final HAAM dispersement of the day, but perhaps its recipient can cut in his patron. 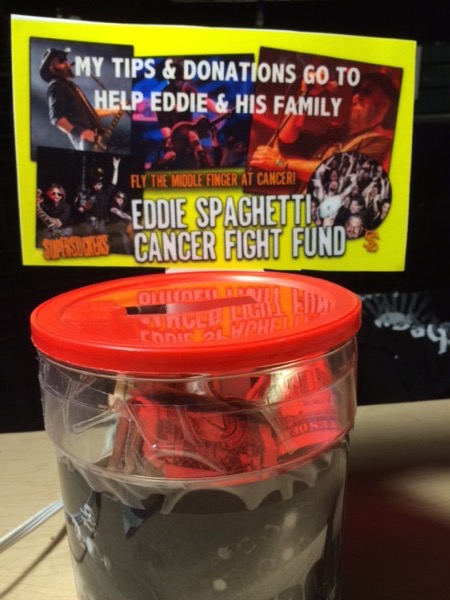