A red vinyl adios to summer in Tim Curry’s lipstick

Sept. 1 already? Tragic. August blew by without so much as the Doors’ “Summer’s Almost Gone.” Twenty-two days ’til the Autumnal equinox, after which Austin’s second festival season sprints out the rest of 2015. Counter to Alice Cooper, school’s in – forever. A line keeps repeating on my internal iPod: “There’s a light ... over at the Frankenstein place.”

“There’s a light, a light – in the darkness of everybody’s life.”

The Rocky Horror Picture Show defines midnight movie madness even in Earthly cul-de-sacs unfathomable to most, but to me it remains a soundtrack. The A-side of a 90-minute TDK cassette backed by The Best of Tim Curry. That tape auto-reversed on loop until my graduate school thesis was finito.

Warning labels on early-Nineties rap, metal, and punk releases prompted the paper, republished in this periodical in 1992. How those LPs became my soundtrack every day in the school library for months on end is lost to time, but Curry’s “Working on My Tan” also played on repeat that same summer as I drove 1,800 miles from just north of Berkeley to San Antonio. A new reissue of The Rocky Horror Picture Show triggers Jacob’s Ladder-like flashbacks in me.

None come in the double red vinyl of Absolute Treasures.

Four of the six restored songs are sung by Curry: “Planet Schmanet Janet,” “Planet Hot Dog,” “Fanfare/Don’t Dream It,” “Wild and Untamed Thing.” Neither a singer that became an actor (Elvis Presley, Jared Leto, Sting), nor actor fancying himself a musician (Jeff Bridges, Jeff Daniels, Johnny Depp, Dennis Quaid, Bruce Willis ... ), the son of a Royal Navy chaplain arced from school boy soprano to a member of the original London production of Hair at 22. Five years later, 1973, he starred in the same locale’s Rocky Horror Picture Show and stayed with it through Broadway and onto film. 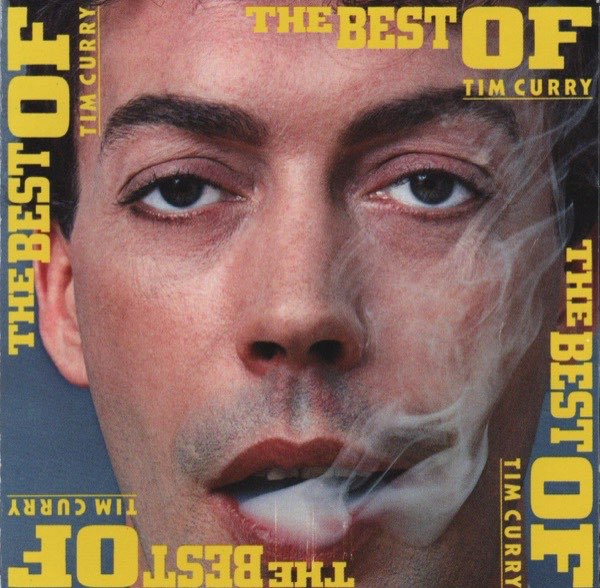 A&M Records recognized a bandwagon when it painted one red and put out three rock LPs by Curry beginning late that same decade, Read My Lips (1978), Fearless (1979), and Simplicity (1981). Backed by guitar tamer Dick Wagner (Alice Cooper, Lou Reed, Kiss), composer Michael Kamen (Pink Floyd, Eric Clapton), and smooth alto sax David Sanborn, among others, the best of the trio – the middle disc – even spawned a minor hit in “I Do the Rock,” a droll litany preceding the likes of Jim Carroll (“People Who Died”), Billy Joel (“We Didn’t Start the Fire”), and R.E.M. (“It’s the End of the World As We Know It (And I Feel Fine”) to list an obvious threesome.

Amadeus, Me and My Girl, Spamalot – Curry stayed on Broadway in Tony Award contention thereafter. Movies too, whether musicals (Annie), comedies (Clue), action (The Hunt for Red October), or further cult festishes (Legend). In July 2012, he had a stroke and only recently reappeared in June at an awards ceremony near his home in L.A., where he arrived wheelchair-bound suffering from speech and other physical impediments.

The stripper strut of Curry’s “Sweet Transvestite,” and adjoining vamp “I Can Make You a Man” – the go-go-billy of “Wild and Untamed Thing” – all crowned by soul-flaying closer “I’m Going Home.” Still stops me in my tracks that last one, suicidal finale of the melancholic rock opera that is The Rocky Horror Picture Show. Turning out Grease, but no Tommy or The Wall, obviously, its song cycle transcends cinematic camp by the simple fact that the soundtrack is ubiquitous to every single audio format of the past 40 years, although I can’t confirm 8-tracks.