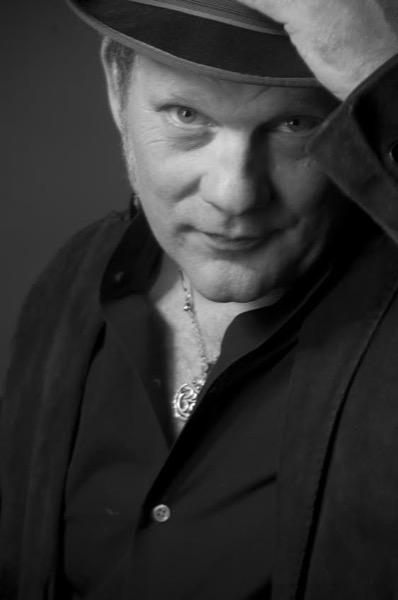 Pulkingham’s a warm and thoughtful man, quick to smile and an easy laugh. He plays with no less intensity whether he’s on the patio at the San Jose Hotel or sharing a stage with Bruce Springsteen. As a guitar teacher, he demonstrates infinite patience.

“I was born in Houston, but moved throughout my childhood,” he says. “Years six through 12 were spent on a small island called Cumbrae off the west coast of Scotland in the Firth of Clyde. I remember gale force winds that rattled the window panes all night long, learned the value of a cup of tea on cold dark afternoons, and loved how brilliant the sun was when it finally decided to come out.

“I grew up around a lot of musicians, a lot of people playing guitar, so it was natural for me to pick up a guitar and start strumming. I have a picture of myself at age 2-and-a-half playing guitar.”

From 2002 through 2012, Pulkingham shredded in the employ of Alejandro Escovedo.

“That experience was amazing,” he says. “I constantly found myself in the stellar company of artists that have so much to teach me. I might be one of the luckiest people I know. You don’t stand next to a person like Alejandro Escovedo every night for 10 years and not end up with some of that artistry in you.

“I can also say without exception that the artists I have gotten to play with I love as well – as people. I think that’s rare.”

Having played guitar since such a young age, Pulkingham’s developed a deep love of music.

“My first musical experiences were singing in church. My father was a preacher and my mother a musician. Church services happened all the time, not just Sundays. They were full of four-part harmony singing done largely by ear. It was worshipful and deeply spiritual, and really moved me.

“I studied classical guitar for a while and really fell in love with the romantic repertoire written by South American and Spanish composers. I think that started when I played with a world music outfit called Ta Mere for about a decade and I was hooked. One of my favorite things in the world is to sit down with a nylon-string guitar and make solo arrangements of a Brazilian song form called Choro.

“I started playing professionally right as the platform was changing to digital. My first couple of recording sessions, I ended up with a cassette, then it went to CD, and now it’s all in the ether. Consequently I can carry a music library around in my back pocket.

“It’s pretty amazing. The Internet has made finding and learning music incredibly easy, and it’s largely free. That’s the good news and the bad news.

“I used to hunt down recordings and would actually have to buy them if I wanted to listen to them. This means people were getting paid for creating and selling music. Now there are so many places to find music. You can make money, but it’s more like leasing songs than selling them.

“Currently it’s more important how many hits or likes you have on social media, and you end up monetizing everything you can to make a buck. I’m a reluctant participant in the Internet self-promotion dynamic. I’m horrible at it to be honest. And it kind of creeps me out, but it’s the current model for doing business, and truthfully I have the opportunity to have a vastly larger audience than I ever have had before.”

Currently you can download Little Pearl from Reverbnation here. And/or hear it live tomorrow at Strange Brew, 7pm.