Prez for Life & Beyond: Lester Young 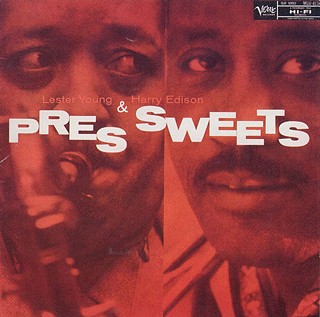 Still the President of Cool, Lester Young would’ve turned 106 today. In his soft-spoken slang, the Mississippi-born tenor saxophonist invented a chic jargon that infiltrated the mainstream (cool = hip, bread = payout) long before rappers disseminated it globally decades after he drank himself to death in 1959 at the age of 49.

Imagine yourself inside Club Reno in Kansas City for a late-night session circa 1933, the year that Young settled there. Imported scotch is 15 cents. You lean in because someone’s pulling you closer.

Though you’re seated, inside you’re dancing. Every note of the saxophone runs up your spine. That’s the draw of Lester Young.

Young, John Coltrane, and Coleman Hawkins are widely considered the three best tenor saxists this hot rock ever produced. The former, like a punk rocker that went against the grain, floated lightly over the notes. He dressed to the nines and played as if getting fitted for a tuxedo.

I’ve grown up with one foot in Kansas City and one leg knee deep in the Lone Star State as a sixth generation Texan. That’s how I came to listen to Lester Young. 1955’s Pres & Sweets was the first vinyl I owned, a vintage Japanese pressing my mother slipped into my hands to show me the music from her hometown. “Sweets” was Harry Edison, Count Basie's trumpet player.

Early in his career, the Harlem of the Thirties, Billie Holiday nicknamed Young “Pres” or “Prez.” The two toured with Basie and bonded over the blues. “A Sailboat in the Moonlight” embodies the beautiful music they made together.

Jazz writer Nat Hentoff sat in on a rehearsal by Young and Holiday for CBS’ The Sound of Jazz in 1957:

“Lester played the purest blues I have ever heard. He and Billie were looking at each other, their eyes were sort of interlocked, and she was sort of nodding and half smiling. It was as if they were both remembering what had been, whatever that was.

“And in the control room we were all crying.”

Born on August 27, 1909, the same year the NAACP was founded, Young is said to have had little regard for his roots. Once he moved to New York, he stayed away from the racist South of his day. He learned to play the drums, the violin, and trumpet as well.

He started off with a family band before finding himself at the center of the legendary jazz scene in Kansas City. It was there that he met Charlie Parker and became part of Basie’s band. At his funeral, Holiday was said to have remarked that she’d be next.

Here’s a Spotify playlist for the Prez of Cool. 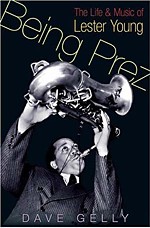 Being Prez: The Life & Music of Lester Young
Gift guide