Belle & Sebastian hooked us with literary lyrics and luscious pop, but after two decades of bedroom songs, the Glasgow sextet put out an album far better suited to dance clubs. Founding keyboardist Chris Geddes rang up ahead of the band’s ACL Live at the Moody Theater show on Friday to talk about January’s Girls in Peacetime Want to Dance. 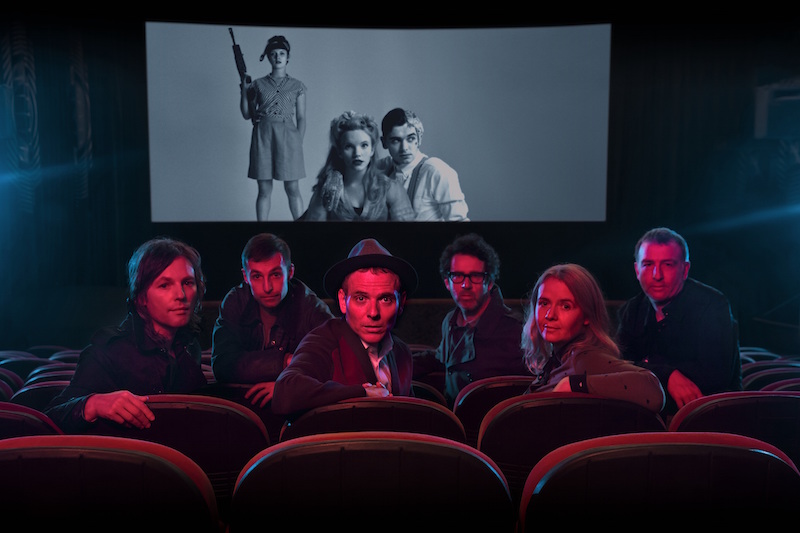 Austin Chronicle: Where am I reaching you today?

Chris Geddes: I’m in L.A. at the moment. Arrived here a few days before everyone else. I’m exploring some new neighborhoods and it’s quite nice.

CG: Tour is going well so far. Been on the road since around January. Played the States earlier, been in Asia and Europe. It’s been a long run, but it’s gone well.

AC: Girls in Peacetime Want to Dance is a vastly different album from your other work. What inspired the shift?

CG: I don’t really think it’s all that different from our previous work. I feel like we could have made an album like Girls at any point in our career, but it just happened to come at this point. We have tried to make a dance record before, but we tend to revert to our more comfortable styles.

AC: Do you feel like you had to deliberately break away from guitar-driven songwriting to keep it a dance album?

CG: I don’t know that is was necessarily a deliberate breaking away from our old style. [Bandleader] Stuart [Murdoch] has always wanted to make an album that would inspire people to come out and dance at our shows. We had to focus on effects-driven guitar parts, playing around with that stuff, more than we ever have before.

AC: Have you noticed a change in energy at the shows?

CG: The energy hasn’t changed drastically. Live, we’ve always fed off of our fans’ incredible energy. But with the new material being as upbeat as it is, people’s energy seems to stay at a higher level throughout the entirety of the show.

AC: Belle & Sebastian has a huge catalog. What’s the process like when you’re picking a set-list? Can you please everybody?

CG: Stuart crafts the set-list and we will only tweak it every now and again. We try to keep the set flowing between the new material and the old, which I believe has worked pretty seamlessly on this tour so far. Because so many people come to the shows expecting to hear certain songs, we have to make a conscious effort to work those in.

AC: Any memorable shows in Austin?

CG: I’ve grown quite fond of the city since we played South by Southwest a few years back. I remember playing this newer, posh kind of venue a while back, too. It was very nice. I can’t remember the name though.

AC: Are you thinking of the Moody Theater?

CG: Yes, that sounds right. It really was a fantastic atmosphere. I also enjoyed playing at Stubb’s while we were in Austin last year for two weeks of ACL. I was surprised that it was still as hot as it was in October.

AC: Don’t worry. It will still be hot here when you arrive.

CG: This time we will come prepared!