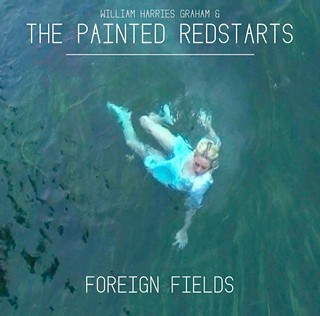 Backmastering – vinyl messaging accessed only by spinning records backwards – was all the rage in the Seventies. One-man Chronicle blog franchise William Harries Graham and his band Painted Redstarts put their spin on it in a video for “Mystical Ways,” from their debut LP Foreign Fields, released last month.

The tune itself is deceptive, beginning like Band of Horses before its indie rock guitar-folk pulses in places like an electro banger. Summer shoegaze binds the three minutes together with a watery coolness. Graham explains:

“Geoff Marslett and Amy Bench made the video, which runs backwards as if looking back on the love story,” he writes. “Marslett and Bench have worked extensively together, including the feature film Lover Her Gun, which won the Louis Black Lone Star Filmmaker Award at SXSW.

“Marslett just started a tenure track at the University of Colorado after teaching in RTF at UT. Bench currently teaches RTF at Austin Community College.

“The video also stars model Dagny Hines, and was shot at the historic High Road Lodge on Dawson and the San Marcos River.”