Of the Dolls, born 1970, The New York Times has credited the group with inspiring, “if not inventing, punk rock” across the five years and two LPs the original lineup enjoyed. Sylvain has kept the Dolls' tradition alive while producing fine solo work. Friday, he appears at Hotel Vegas accompanied by a hand-picked local band: The Bulemics’ Jason “Ginchy” Kottwitz (guitar), Chris Alaniz (drums), and Gabriel Von Asher (bass). 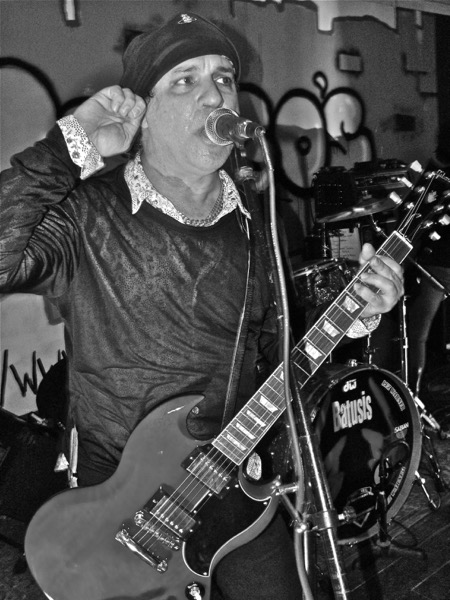 Austin Chronicle: You recently relocated to Nashville after years living in Atlanta. Why the change of scenery?

Syl Sylvain: I got some gigs here, and it started buzzing back. A fellow I work with here, Ken Coomer – he used to be the drummer in Wilco – he produced me and Cheetah [Chrome] when we did the Batusis. Between that and Plowboy, which is a record company that Cheetah is with as an artist, there’s more music here for me. There was really nothing going on in Atlanta for me – for forever. So, it was a better move.

That’s why I’m coming to Texas, of all places. I’ve been solo the last couple of years, running around doing my solo show. It’s usually just me, by myself, with my sense of humor and my 300 years of rock & roll experience [laughs]. I tell stories and I sing songs and I play all these tunes from the Velvet Underground on down. It’s really great, because I never get to stretch like that when I’m onstage with [Dolls’ frontman] David [Johansen]. I did a solo thing with Glen Matlock not too long ago – we called it the Sex Dolls [laughs]. All that shit comes from the audience! They gave us that name.

I celebrate the fact that I came up with the name, New York Dolls. I saw it on the second floor toy repair shop in New York, called the New York Doll Hospital. And this show, you’re gonna see me play with the Sylvains [laughs]. They’re calling themselves the Sylvains on my behalf, and I’m so fucking proud of them! It’s beautiful.

I do that a lot, in Spain or England or Europe. I go over there and team up with other musicians, or the whole band, and just perform that way, which is nice. That’s what you’ll see. You’re gonna be getting “Teenage News,” and “Personality Crisis,” and all that.

AC: You and Johansen reformed the New York Dolls in 2004. This new lineup outlived the original by two years, touring and recording three new LPs in the process. We haven’t heard from you since 2011’s excellent Dancing Backwards In High Heels, and the subsequent tour opening for Mötley Crüe. Are the Dolls still going?

SS: The Dolls, it’s an up-and down thing. It comes up, and it’s good for awhile. Right now, it’s not working out. It’s an expensive show, so we have to make pretty good money out there. We got in trouble out there. We weren’t making the same money that we were making when we first got out there in 2004. Making albums didn’t help [laughs].

No, I’m proud of all the albums, musically. All three of them never hit me like they should be called “New York Dolls,” but that’s okay. That’s my own opinion. I’m proud of the music. I’m just not too sure [it was the Dolls]. I yelled and I screamed about it, but I didn’t really get it across for whatever reason.

That expensive show got to be ... people started splitting on us and stuff. We kept it going for as long as we could. I think it’s gonna come back, but then again, I’m not losing any sleep waiting for it.

AC: You mentioned your collaboration with ex-Dead Boys guitarist Cheetah Chrome, Batusis. Will that be a returning proposition?

SS: Right now, poor Cheetah’s going through some changes. That’s on hold right now. He performed on my new record. I’m still waiting on funding. I'm about one-third of the way there. I did some sessions, and I released a single, “Leaving New York,” to see if there’s any meat and potatoes out there for Sylvain [laughs]. It will be on the new album, whenever it comes out. I’m shopping it around right now. If there’s anything for me out there, then the monkey will never die [laughs].

I’m doing a lot in clothing right now. I’ve gone back to doing Truth & Soul. Even in the New York Dolls, it wasn’t just music. Some people see style and nothing else [laughs]. We did sell more style than anything else – Johnny Thunders hairdos and whatever. I did Truth & Soul even before the New York Dolls. That’s how I discovered the name, working in shops in New York selling my clothing – knitwear and all kindsa stuff that I was making in the late Sixties. Can you imagine? Me and Billy Murcia had our first shop when we were 17 in the Woodstock township, two years before the festival!

AC: Yep, making those multicolored sweaters. I know the Dolls’ initial amps were provided through what you were making with Truth & Soul.

SS: I had money, man. I could go to England every summer. Me and Billy could buy Jaguars and stuff, ship ’em back to the States, drive ’em on the Westside Highway with English plates and right-hand drive [laughs].

I make clothing in bunches, then sell it. It’s all art. It makes me feel good, it pays the bills, and it’s nice. Now, I’m coming to Texas! In September, I’m getting ready to do an Italian tour. Last November, I was in the UK and in Spain. In Spain, I was doing these private parties.

My show is pretty cool. I mix in a lot of my sense of humor. I tell them, “Hey, if you guys are really good, I’ll tell you about when I had sex with Blondie.” Then they do what you just did – laugh hard! They beg me to tell ’em, and I say, “Well, y’know, it wasn’t with Deborah Harry – it was with the rest of the group!” [Laughs] Then I’ll go into “Jet Boy,” which is a song Blondie used to perform.

I’ll perform “Pills,” and I tell you the story about when the Dolls went to see Bo Diddley, and he threw us out of the club we were playing in because we were yelling for “Pills!” He misunderstood that. He thought we were asking him for drugs [laughs]. He had totally forgotten about his own song, and totally had us thrown outta the fucking club!

AC: You’re working on a book, I understand. Do you have a title yet?

SS: No, not yet. It’s gotta hit me somehow, usually from the audience, someone telling me something.

AC: How far along are you?

SS: Basically, I’ve just done interviews so far. One of the people I interviewed was Marty Thau [New York Dolls co-manager]. We would meet every Saturday and just chat, and I would record it. It was just like a year before he passed away. And Tim, let me tell you: The things he told me. I mean, I was there, but I’d kinda forgot. Things like that guy Richard Branson, the Virgin man? He tried to sign us in England, and he took our managers Steve Leber and Marty Thau to a meeting on a big yacht on the Thames River and everything, doing whatever they were doing. And he offered them a ridiculous amount of money, like $5,000 or something like that. So, it didn't happen.

Marty told me a lotta stuff that will go into this book, like certain people in the band were getting certain favors and bigger salaries than others – I won’t mention any names right now. I just read all these stories about what people think about the New York Dolls, and this is why I’m almost forced to write the book. I have to set them straight.

People think I just walked in, and that guy Rick Rivets was the first guitarist in the band. I was going to school with Johnny Thunders years and years before! This guy promoted himself so incredibly well. I don’t know what the fuck happened. That’s gonna get straightened out in the book. 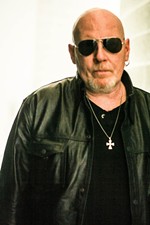