The County Commissioners Court voted in support of new statutes to the Mass Gathering Act on Tuesday afternoon. In effect, the changes simplify the permitting process, while imposing stiffer regulations on volume and hours of amplified sound for outdoor music events taking place in greater Travis County. 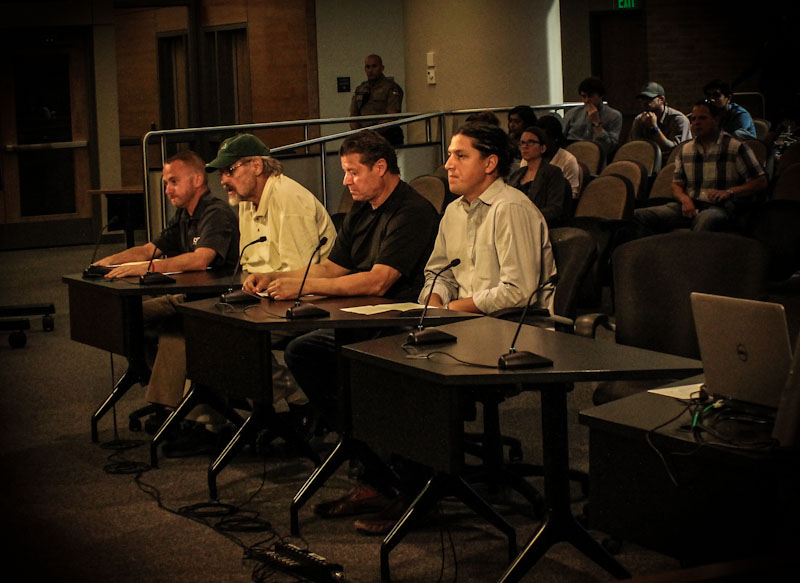 ”We’re not trying to kill the music industry, but neither are we trying to run home owners away from their homes,” Travis County Fire Marshal Hershel Lee told stakeholders last Friday at a preliminary meeting, highlighting the delicate balance the county court seeks to strike between the viability of country festivals and the peace of their neighbors.

The revised permit, a compromise hashed out by county staff with consideration for arguments made by promoters and residents, streamlines the process and paperwork for obtaining the right to hold a music festival or outdoor concert. The primary change is a new timeline allowing applicants to file anywhere from one year to 45 days prior to the event. Within 15 days of filing, they can now be approved or denied for a conditional permit that can be revoked 15 days before the event if organizers haven’t presented all relevant information.

This is an improvement from prior methods in which promoters didn’t receive approval until as little as 10 days before the event.

Meanwhile, a proposal to limit the hours of amplified music to 10pm Sunday-Thursday and midnight Friday-Saturday proved contentious. Representatives for both Carson Creek Ranch and Tim O’Connor’s planned outdoor music venue in Spicewood viewed those restrictions as excessive. Travis County Judge Sarah Eckhardt pointed out that event organizers could request a variance that would possibly extend their music curfew.

"A 10pm cutoff is a deathblow to us,” O’Connor told “Playback” on Friday. “Here in Texas we have daylight savings, so we’re putting talent on – not like a festival – but as evening shows with three acts. And you want to come see the opening act because they’re from Austin and they’re buddies. Well, you’re going to be standing in heat. And we can’t add to the show through the lights and set because it won’t come to life until it’s past dusk.

“If we have to have our headliners end at 10pm, it’s not even going to be dark when they start.”

While Johnson Backyard Garden owner Brenton Johnson’s complaints against nearby Carson Creek Ranch, hosts of Euphoria and Levitation, were the impetus for the proposed sound restrictions, during the months of public hearings and meetings a new group emerged as the loudest complainers: a group of residents from Spicewood’s Fall Creek neighborhood who oppose O’Connor’s venue plan. They arrived at today’s proceedings hoisting mini picket signs reading “70dB” in hopes to lower the approved decibel level from 85dB to 70dB.

In an unexpected move, Precinct Three Commissioner Gerald Daugherty motioned for amplified music cutoff times of 11pm Sunday-Thursday and 1am Friday-Saturday with a 70dB threshold at an adjacent residence. The motion passed unanimously. It was, as Daugherty described, a King Solomon split-the-baby compromise that didn’t leave anyone satisfied.

The good news is Solomon’s blade is dull, as Daugherty himself admitted:

“This thing’s going to be challenged,” he said today. “This thing is going to court and it’s going to be a district judge that’s probably going to tell us, ‘You really don’t have the authority to do any of this stuff.’”

After the hearing, Carson Creek owner Joan Havard told “Playback” that Euphoria Fest has requested a variance to amplify music until midnight and 2am for their 2016 event. She’s concerned that, because of the new time restrictions, prospective clients will look to hold festivals in Houston or Dallas.