ATX wordsmith on acting, building mountains, and his inner finger

Billy Harvey recorded his new album over the last year in Austin, Santa Fe, and Los Angeles. Having released three previous LPs and one EP, plus touring for years, he’s developed a unique sound. Dear Danger, has a pop patina and singer-songwriter essence. He plays in-store at Waterloo Records today, 5pm, and four hours later at Strange Brew. 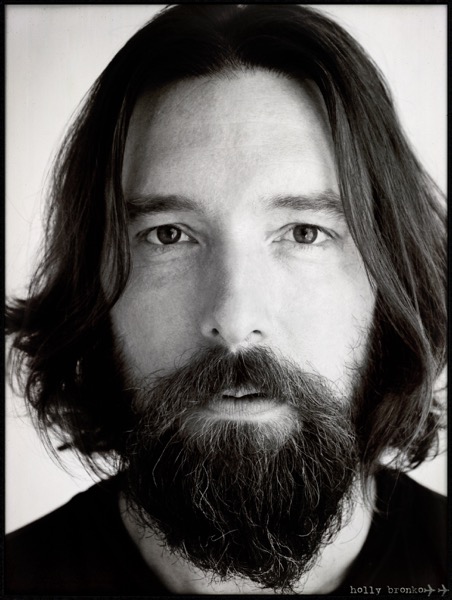 Patty Griffin, Slaid Cleaves, the Courtyard Hounds, Charlie Mars, Bob Schneider, and Steve Poltz are just a few of the artists Harvey’s worked with and produced over the years. No surprise, then, he’s a traveler. Lately, his things are spread out between Austin, L.A., and New York.

”When I was 19, I moved to Albuquerque, New Mexico,” he begins. “I was headed to California, but I stopped there. I met a bass player and we started a band. He was from the Bay Area, and when he moved home I followed him.

”And yes I lived out of my van.

”I call traveling my inner finger. Sometimes it taps me and says, ’Go that way,’ as it did when I moved to Austin 18 years ago.”

Harvey’s also an actor, winning notoriety with the 2012 film Taiwan Oyster. He likes acting because he says it scares the shit out of him, and had been making homemade videos on his website before getting in front of the camera. Eventually he made a laptop documentary called Everywhere Now about his 2008 winter tour driving around the country in a 1981 Mercedes converted to run on vegetable oil.

”I will skirt the weight of that question and say a jelly doughnut and an old Madonna record,” chuckles Harvey.

His favorite movie is The Squid and the Whale, and his favorite record is Steve Miller’s Greatest Hits 1974-78. Dear Danger, is Harvey's most personal release to date.

“What comes after the comma is the unknown, really. The letter it begins to write probably relays a desire for less shadows and more light,” explains Harvey. “This time around I wanted to write songs about the ‘you’ not the ‘me,’ which in retrospect reinforced the ‘us’ in all of them.”

“I don’t know, really, what first drew me to music, but I do remember loving Kiss when I was little. Pretty much the minute I got my first guitar I knew I wanted to do music full-time. I guess my process now is to make a record, get it online and into a few stores, and then do it again.

“I call it building my mountain. Do enough things to the best of your ability and eventually the pile gets so high people start to notice.” 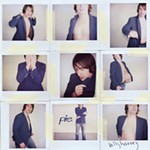