CSN bandleader stops in for a lesson on the blues

Texas-born Stephen Stills talked about his unfinished autobiography, teaming up with guitarist Kenny Wayne Shepherd and Barry Goldberg in the Rides, and his love of the blues, all while throwing the occasional barb in the direction of his bandmates of almost 50 years, David Crosby and Graham Nash. Stills performs tonight at the Paramount Theater. 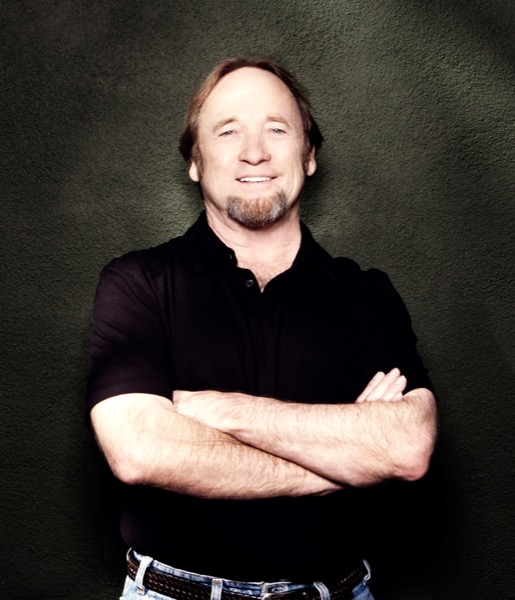 Geezerville: I spoke to Graham Nash about his autobiography when you played Austin last year with Crosby and Nash. I understand you have an autobiography that’s not quite finished yet. What’s the status of that?

Stephen Stills: What I will say about Graham’s autobiography is that it’s true but not accurate. He wrote a lot about other people and considering everybody remembers things differently, I’m happy to have the last word. A lot of it doesn’t matter and I certainly don’t intend to write a People magazine sort of gossip column for my 300 pages at the behest of a publisher.

I’m taking my time and picking out stories with depth and resonance about the co-dependent institution that we are. God bless Graham for doing the box set last year with Joel Bernstein and for getting my box set together. I would never had the patience to go through all those tapes. Now I get to go and locate the ones he couldn’t find. Some that just came into my possession.

But you know, it’s a strange time. I was just watching this thing about the Confederate flag. God knows it’s time. I’ve always considered Texas a purple state anyway. If it’s any reason for comfort to white supremacists, take it down.

Being a native-born Texan [he goes into a Southern drawl], I can say anything I want. I was told that by a Supreme Court Justice of the state of Texas 40 years ago. “You feel free to come back here anytime you want because you’re from here.”

G: I understand a Rides album has been completed.

SS: Yeah, we finished it much to the surprise of the manager. Kenny Wayne Sheppard has to work. He’s got five kids with another on the way – going for Kennedy numbers. He’s also going on tour with Van Halen. Next year will be a Rides year for me. I really want to bear down on it because I’m first and foremost a blues player.

G: You’re doing two sets on this tour. First acoustic and then electric, so blues will be a big part of the second set.

SS: It took me long enough, but I turned into a fairly good blues guitar player. Kenny Wayne nurtured me along. I’ve always got some young stud gunslinger around. He’s nurtured me along to where I feel you can’t tell us apart. It’s also led me to cleaning up my sound. I’m not so dirty and hidden in the background. I’m getting there.

It’s like the old joke that Peter Ustinov used to tell many years ago, him being English and all: “I'd like to die at center court at Wembley, serving an ace and then keel over. Just as I'm drifting away, I’d hear someone in the distance call, ‘Net!’”

G: You’re going to be performing new songs on this tour. Are you someone who writes songs all the time or just when the mood strikes you?

SS: Barry Goldberg got me started writing songs again. I had a long dry spell. I hadn’t written but one in about five years. Some of that had to do with David and Graham coming up with new songs and wanting to do them. Some I can grasp and some I go, “Huh?”

I’m comfortable with all kinds of styles. My voice lends itself to more of a bluesy delivery, but I’ve been clearing out and cleaning up as pure as needed. It’s an acquired skill and I’ve had lots of time to acquire skills when I was paying attention and not acting like an idiot as we all did. 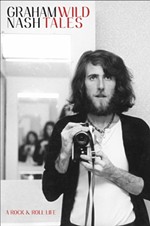 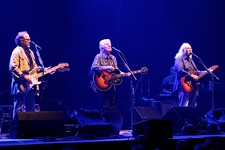 Our House
Recapping Crosby, Stills & Nash at the Moody Theater