The Wrong Kind of Rebel Rock

Why bands are lowering the Confederate battle flag

In 1994, Primal Scream released fourth LP Give Out But Don’t Give Up. “Why does a Scottish band have a Confederate battle flag on its cover,” I wondered. Seemed as silly as the moment Dublin’s U2 discovered its Delta blues roots on The Joshua Tree. A deeper unease permeated Primal Scream using a symbol so drenched in a legacy of racial conflict and oppression. Those questions are back with a vengeance in the wake of Dylann Roof being charged with killing nine people in Charleston’s historic Emanuel African Methodist Episcopal Church. From a Confederate flag over the South Carolina state house to a Jefferson Davis statue locally at the University of Texas (revisit "The End of the Confederacy at UT?," June 23, for more on that), there’s a new political consensus that such symbols shouldn’t be given hero status. Like Nazi memorabilia, or the propaganda statuary of Stalinist Russia, they should be in museums, not shrines.

At the same time, there are crowds in Oklahoma menacing President Obama by brandishing Confederate flags.

There’s also a move to get artists to distance themselves from this particular symbol. Most recently, the Detroit chapter of the National Action Network demanded that Chevrolet pull its sponsorship of Kid Rock’s summer tour over his use of the Confederate flag onstage. We’ve been here before.

Four decades ago, Neil Young blasted the Confederacy and its legacy with two tracks, 1970’s “Southern Man” and 1972’s “Alabama.” Two years later, Lynyrd Skynyrd fired back with “Sweet Home Alabama.” Initially played up by the press as a juicy music feud, the dueling tracks became a springboard for both sides to dialog about the American South.

Today, Young has all but disowned “Alabama” as lyrically naive, while Skynyrd has spent decades explaining that the references to segregationist Gov. George Wallace were condemnatory. Then, in 2012, Skynyrd decided they would stop using the flag as part of their stage dressing. It was the right act for the wrong reasons.

Original member Gary Rossington said the decision was made because the flag was “unfairly being used as a symbol by various hate groups, which is something that we don’t support the flag being used for.”

Yet he missed the point. KKK and skinheads weren’t perverting the flag. They were re-appropriating it. This isn’t the Nazis repurposing the swastika from Hinduism and debasing its meaning. So When Skynyrd backpedaled and started using it again, they weren’t even accidentally doing the right thing and trying to reclaim a lost icon. They were ignoring its racist roots, and branches, and fresh leaves.

So why has Southern rock, rap, and metal clung so tightly to the flag? In his 2014 documentary Slow Southern Steel, director and Rwake vocalist Chris “CT” Terry examines the connection. You can see the whole feature on YouTube, but the narration sums up the issue simply: “To some, it represents hatred and ignorance, but for others, mainly Southerners, it can simply be a reminder of home, a familiar image that many have seen since birth.”

That’s where it gets really complicated. Like an outlet such as The Daily Beast making hay about Andre 3000 and Kanye West wearing the symbol. West can say he’s trying to re-brand it, but that’s akin to Lenny Bruce arguing that repeating racial slurs eventually makes them lose their power.

Let’s dissect this for a moment, and talk semiotics, the academic analysis of symbolism and how we interpret the world. The flag is a sign, an item or word or taste or smell that comes with a meaning. That meaning comes in two interwoven parts: the signifier, which is the meaning the sign carries, and the signified, which is what it means to the observer.

In this case, the Confederate battle flag is the sign. It becomes a signifier of the history of the South, but what is signified is different to different observers. To some, it’s the old racist South. To others, it’s just a stage prop at a Lynyrd Skynyrd concert.

Just because different people place different interpretations on its meaning doesn’t make all readings morally equivalent. Yes, some Confederate troops fought because they felt they were defending their homes. And yes, people have grown up with the symbol on their homes and trucks and court houses and capitols and album covers.

None of that can disguise the Cornerstone Speech, when Confederate Vice President Alexander H. Stephens clearly spelled out that slavery was the “immediate cause of the late rupture and present revolution,” and that the Confederacy was founded “upon the great truth that the negro is not equal to the white man; that slavery, subordination to the superior race, is his natural and normal condition.”

When Primal Scream put that flag on Give Out But Don’t Give Up, they weren’t saying the South will rise again. If they were, then why would they have gone on bended knee to George Clinton to get him on the album, or hire the legendary Memphis Horns? They were playing the rebel card, not the race card.

They missed the point, of course, because it’s the same card.

As Terry explains in his film, “Musicians are inevitably thinkers, and racism does not stand up to thought.” And yet – this time – the lessons are being learned by musicians. Take Phil Anselmo.

The battle flag of the Republic was all over the merch for his old band Pantera and, adorned with marijuana leaves and a pentagram, on the cover of Superjoint Ritual’s Use Once and Destroy. In a recent interview for Hard Rock Haven, he asked the pointed rhetorical question: “Would we be flying the Nazi flag?”

So why use it in the first place? He elaborated: “The use of the rebel flag or Confederate flag with us really came from our love of bands like Lynyrd Skynyrd.” As a 47-year-old man, his perception of the symbolism has changed.

He furthered, “You see a Confederate flag out there that says ‘Heritage, not hate’? I’m not so sure I’m buying into that, you know?” Contrast that to Anselmo’s estranged Pantera band mate Vinnie Paul, who told Sticks and Stones that the Confederate flag controversy was “a big knee jerk reaction.”

Some musicians reached Anselmo’s conclusions years ago. In a recent op-ed for The New York Times, Patterson Hood chronicled his own complicated relationship with Southern pride. A native Floridian, born in the musical hotbed known as the Shoals, the Drive-By Truckers co-frontman came by his profession through his father, David Hood, bassist in the legendary Muscle Shoals Rhythm Section. As the elder Hood backed Aretha Franklin and the Staple Singers, his son attended an integrated elementary school.

Guess what? Said offspring doesn’t want that flag attached to his music, either. Patterson Hood’s summation of the situation is poignant: “We raise our children steeped in Gone With the Wind folklore and pretend that all the things we saw in 12 Years a Slave didn’t happen.”

That thinking is why his band recorded 2001’s Southern Rock Opera, an examination of the tangled inheritance of the South through a fictionalized version of the career and demise of a Skynyrd-esque band. This is a concept album on which the only supporter of George Wallace is the Devil, but Hood found that fans were turning up at shows waving rebel flags during one song in particular: “The Southern Thing.”

He writes, “The song was written to express the contradictions of Southern identity. … Instead, people were treating it as a rallying cry. I’m still grappling with how easily it was misinterpreted.”

He could probably take consolation from Tom Petty, who recounted to Rolling Stone an almost identical experience with the opening track from 1985’s Southern Accents album, “Rebels.” After Confederate flags began turning up at his shows, he told the crowd, “This is not who we are. Having gone through this, I would prefer it if no one would ever bring a Confederate flag to our shows again because this isn’t who we are.”

So what about Kid Rock? As the Detroit Free Press noted, Rock hasn’t displayed the flag at his shows since 2011 – when he received a Great Expectations award from the NAACP.

Artists like Phil Anselmo are coming to Patterson Hood’s understanding. Again, maybe Tom Petty says it best: “There are people still affected by what their relatives taught them. It isn’t necessarily racism. They just don’t like Yankees. They don’t like the North.

“[Yet] when they wave that flag, they aren’t stopping to think how it looks to a black person.” 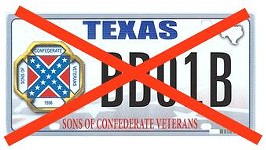