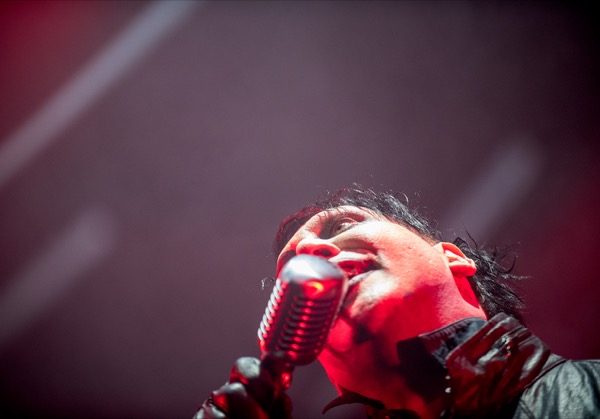 The front half of the 75-minute set fell flat, the 46-year-old seemingly as apathetic as he appeared lethargic. Intrigue mounted, however, as the theatrics ensued. For his sinister spin on Eurythmics’ classic “Sweet Dreams (Are Made of This)” the Ohio-born Brian Warner towered in 10-foot-tall, crutch-helmed stilts, recalling Alice Cooper’s giant Frankenstein costume but far freakier.

Later, two bikini-clad dancers gyrated against his Cross of Lorraine pulpit during the group’s second cover, Depeche Mode’s “Personal Jesus.” “Lunchbox” revisited Manson’s 1994 debut, Portrait of an American Family, as the singer burned bibles. 1996’s Antichrist Superstar too was hit via “The Beautiful People,” as was 1998’s Mechanical Animals with closer “Coma White.” 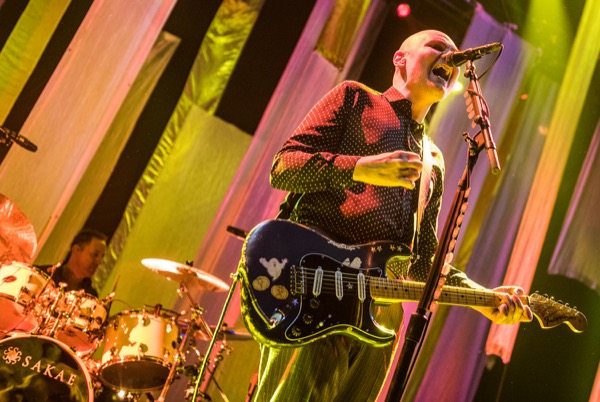 Against succeeding beauty-rock ballads “Through the Eyes of Ruby” plus “Stand Inside Your Love,” from 2000’s Machina, Monument’s “Run2me” particularly floundered in its plain synth-pop. Corgan spoke sparingly over 90 minutes, but played with pep. Sadly, the bandleader failed to verbally acknowledge Chamberlin’s homecoming, which felt especially warranted after the drummer’s flawless fills on “The Everlasting Gaze” and hard-hitting Siamese closer “Geek U.S.A.”

Instead, the frontman hailed Schroeder, who plays expertly, though proficiency doesn’t necessarily equate to chemistry — of which it appears this incarnation generally lacks. That detached air bred an unconvincing vibe. For lingering diehards, the stiff best-of parade was a likely letdown.

The new generation of Pumpkins fans, though – those who arrived with their crisp, re-branded T-shirts and parents – got to hear songs like “Mayonaise” live for the first time. This alone was an invaluable experience for first-timers. That and a glimpse at a now notorious bandleader, unafraid and as willfully dedicated to his cause now as he was in 1988. 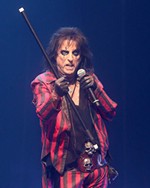 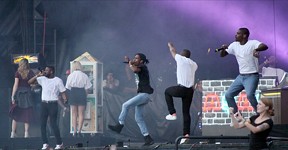 Bullet With Butterfly Wings
Billy Corgan on the Smashing Pumpkins, the Source Family, and Sky Saxon