“Some people think doing a song that reps Austin is corny,” acknowledges local rapper Adam Protextor. “Of course it’s not corny when it’s for Compton or New York. Subconsciously they feel Austin doesn’t deserve it.” 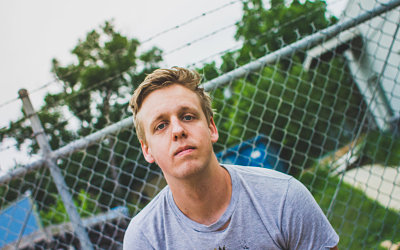 The MC, who recently hung up his P-Tek moniker to work under his surname Protextor, thus unveils the first track from his forthcoming full-length Shift, appropriately titled “Austin.” A dissertation on the local rap game, its author addresses homegrown hip-hop:

“They said a rapper can’t get no love in Austin. These fans and audiences only watching these rock bands. And goddamnit, good luck gettin’ into the bars with it. It’s blues, indie rock, or honky-tonk, and that’s all kid.”

On another level, “Austin” serves as a partial autobiography for Protextor. It chronicles his arrival from the Midwest in 2010 and grassroots musical path, which coalesced around the weekly Austin Mic Exchange night he hosts at Spider House. He moved here as an unknown and now co-produces the town’s only dedicated hip-hop festival, Weird City.

While the new disc’s initial track never sounds like a brag, the Space Camp Death Squad member’s story represents the potential of the local scene. Accordingly, his verses meet frustration with optimism:

“Everybody acting like there’s a loose screw in this ship. Me coming here from Iowa – that’s the stupidest shit. So don’t make a move to Houston again because even you should admit, There’s an opportunity or two loose in this bitch.”

The beat comes courtesy of Ian McKinney, aka Egon, who previously collaborated with Protextor on 2013’s DPS/LP2 and has gamer cred for composing the Octodad theme. Shift, Protextor’s third LP, arrives right after Weird City in September.

Expect info about Weird City’s 2015 lineup and location on social media tonight after organizers treat early bird ticket holders to a secret in-person lineup/venue reveal. We won’t divulge where the second annual fest will be held, but suffice to say it’s a unique, off-the-grid spot that’s not a regular concert venue. 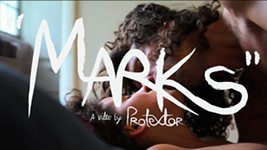