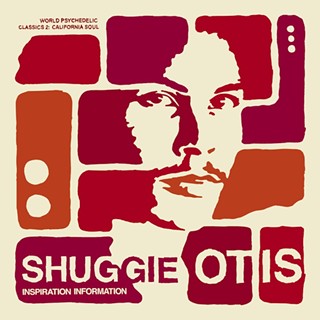 This week's issue features a great interview with Shuggie Otis by Thomas Fawcett. In 2001, Luaka Bop reissued an album's worth of songs by Otis that launched his comeback.

Otis' "Strawberry Letter 23" became a hit for the Brothers Johnson in 1977, a high school year for me. The Bros. version was a song of first kisses, beach cruises, and many party night comedown chill sessions with friends.

The staying power of that song transcends trends and genres; it remained fresh for me throughout the years, despite changing tastes and times. About a decade later, after I'd become a dreaded record collector, I remember a visceral wave washing over me (aka freaking out) when I found a special edition red-vinyl 12-inch of the Brothers Johnson version in a small Miami record shop. It wasn't super rare or particularly valuable, but in the era of CD dominance, I'd never seen the 12-inch vinyl of it. And at the time, I didn't realize it was a cover of someone else's song.

The original song is, of course, by Shuggie Otis. I learned that sometime in the Nineties, I can't remember how or where, but I do remember hearing the original Otis version once and being entranced – then not hearing it again for about another decade.

Luaka Bop's Shuggie Otis release – a compilation of sorts, containing songs from Otis' second and third 1970s LPs – somehow landed into my hands for a Chronicle review. Almost 14 years ago to the day of running Thomas Fawcett's interview, we ran this review of the 2001 Luaka Bop release of Inspiration Information, the album that launched a comeback that's taken a few years to settle in and is still going strong today:

Had 1974 only known what its Billboard legacy was to be, it might have killed itself, perhaps sparing the world "Billy, Don't Be a Hero" and "Seasons in the Sun." In 1974, Duke Ellington died, and the Stones lost Mick Taylor and invited young soul virtuoso Shuggie Otis to fill in. He declined. Son of blues legend Johnny Otis, Shuggie was only 15 when fellow West Coast musicians began to compare the prodigy to Hendrix and Sly Stone, and merely 16 when he played on Zappa's Hot Rats. In his early 20s, Shuggie produced two solo projects, playing all instruments, writing all songs. Released in 1974, Inspiration Information remains another reason why that year should hang its head in shame: Nobody heard it. One listen to this reissued treasure offers a glimpse at what could have been, had Curtis Mayfield, William DeVaughn, and Miles Davis ruled the pop charts in 1974. They didn't, and neither would Shuggie's experimental soul psychedelia. The world would have to wait … a few years for the Brothers Johnson to make a platinum hit out of his genre-bending, pre-trip-hop jazz blaster "Strawberry Letter 23" … until the Eighties for Prince to take the funk throne … and another decade or two for the rest of pop to catch up to electronica. Shuggie's work stands as the missing link between that magical period of early Seventies soul and today's sensual electronic wonder groove, something 1974 can hold its head up and be proud of. 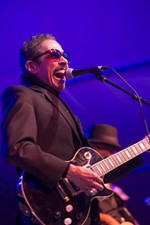