When word of the Grateful Dead began oozing out of San Francisco in 1966, they were as much a religious calling as a rock & roll combo. In Texas, that slot of high-octane psychedelic music had already been filled by our beloved 13th Floor Elevators, but something about the Dead was undeniable. 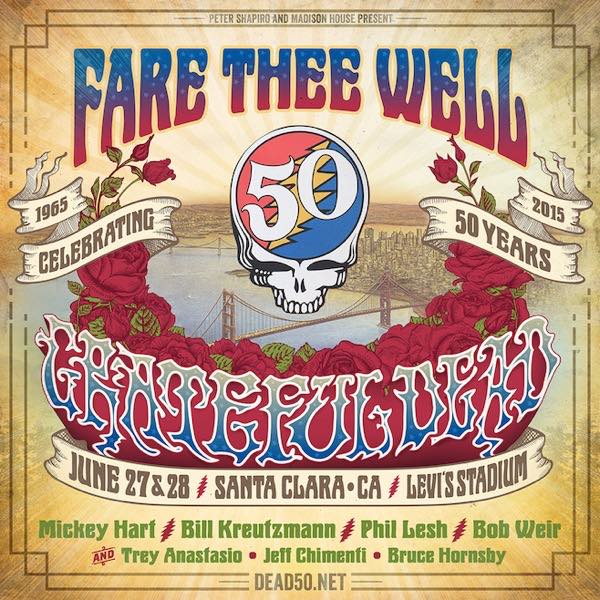 For the next two years, their allure mushroomed until the Grateful Dead were anointed in leading the counterculture to the promised land. When the septet announced a show at Houston’s Catacombs Club for December 28, 1968, true believers were called to go. The Catacombs was an unlikely place for the band to light.

They’d previously played two nights at Los Angeles’ large Shrine Auditorium and were on their way to the Gulfstream Race Park near Miami for a pop festival. The Houston club held 300 people max, plus it was an under-21 only place – no adults allowed. To stop there between coasts must have meant something.

No matter, because when the Grateful Dead came out that night, they burned. The band jumped right into their recently released LP Anthem of the Sun, which they performed in almost its entirety for the next two hours. The intensity of “Born Cross-Eyed,” “The Other One,” “Alligator,” and “New Potato Caboose” with its wondrous closing lines, “This ground on which the seed of love is sown / All graceful instruments are known,” were riveting.

After a short break, Jerry Garcia, Ron “Pigpen” McKernan, Bob Weir, Phil Lesh, Bill Kreutzmann, Mickey Hart, and Tom Constanten opened the second set with the brand new “Dark Star,” immediately transfixing everyone in the room with a song of majestic vision. In the middle, the Dead flowed into “The Eleven” for a half-hour before returning to “Dark Star,” filling the set with something no one had ever heard: a rock band who embraced the intricacies of improvisation as well as the seduction of infinity.

I got there early and sat in a chair in the first row, right in front of Garcia. Wearing rose-colored wire frame glasses, he smiled and bobbed his head while playing his red Gibson SG guitar, seemingly staring right at me. At least that’s what I thought.

He may have been having hallucinations of outer space in 3-D technicolor, for all I knew. It was impossible to tell. Jerry Garcia was the high priest, and we were his disciples. I left the Catacombs that night knowing this band would be with me the rest of my life, through treacherous trials and extraterrestrial extravagance.

There was no going back.

From that night in 1968, the golden road of Grateful Dead devotion began. A night at Houston’s Coliseum in 1970 with Quicksilver Messenger fizzled because of bad equipment. Two years later at the nearby Hofeinz Pavilion, a double bill with the Allman Brothers turned into the Dead only when Allman bassist Berry Oakley died in a motorcycle wreck days before the concert. The Dead dedicated “He’s Gone” to him, and 10,000 people cried together.

Shows at Austin’s Municipal Auditorium were often revelatory, including the night a powerful double dose of Orange Sunshine turned the whole evening Looney Tunes. I saw clear tubes running from each musician’s head into the ceiling, the liquid flowing through them carrying visions and song suggestions. I tapped into the messages and figured everything out in advance.

One for the history books was the Dead’s show at Manor Downs racetrack outside Austin. Former manager Sam Cutler was running the place and got his pals to come play. It was a cold October night, but no one had seen anything quite like it in that small Texas town.

In Southern California, I was working at the Dead’s former label Warner Bros., so when they pulled into the Long Beach Arena in ’86 the band’s office sold me front row tickets. The only problem was the huge contingent of Hell’s Angels in the big building, as well as a wicked and wasted civilian audience. Two songs in and a quick retreat became imperative – like an evening in Anaheim the following year during the Dylan and Dead tour.

A stranger named Rut had given me a tab of what he promised was Owsley’s finest a few months earlier in San Francisco’s beatnik bar the Saloon, which made the afternoon Grateful Dead set magical and absolutely illuminative. When it grew dark and Bob Dylan came out, well, so did the leering ghosts and doomsday scenarios, real or imagined, and another hasty retreat occurred.

Luckily, an early-Nineties concert at the Dead’s home base at the Shoreline Amphitheatre in Mountain View, headquarters for Google no less, felt like a family reunion even if Jerry Garcia seemed a bit weary. He rose to the occasion, finally, ending the night singing and playing a sound similar to how Mark Twain wrote. That convinced me Garcia was the ultimate American troubadour, before or since. He understood what made America great, and was able to share it through his voice and hands.

Two years before the guitarist died, he pulled into Pauley Pavilion on UCLA’s idyllic campus for a show with his side band. Bigboy Medlin and I, partners in a series of Grateful Dead shenanigans over the years, made a beeline for the event. We sat in the bleachers, guessing which rock & roll hero’s songs Garcia would do.

Medlin would say Chuck Berry, and sure enough, they played “Let It Rock.” I’d say Smokey Robinson, and voila, out came “I Second That Emotion.” We were convinced we’d tapped into Garcia’s mind and were all on the same planetary wavelength.

Leaving the large gymnasium, we felt like explorers who had cracked some cosmic code, and were damn happy to have done it. Two years later, while swimming at Galveston with my young sons, someone told me Jerry Garcia was dead. A huge hole opened in my heart.

I recalled that night with Medlin and all the years believing in the Grateful Dead. I felt the world had lost one of its precious pillars, a man who had learned the lesson of life and tried to share it as best he could, starting with one of his very first songs, “The Only Time is Now.” The ground felt shaky for a long time after that August day in 1995.

Watching the Grateful Dead from the top of a 70,000-seat football stadium in Santa Clara, California, this past Saturday, just as deep into “Dark Star” as the day the band wrote it, almost 50 years of memories took my soul and moved it to a higher place. These aren’t just songs. They’re the music of the spheres, the sound that captured a 16-year-old teenager and gave him a peak to climb.

Through it all, that was always the quest. Now, so many, many friends and musical greats are gone, solid gone. They live in a cosmos no longer of this earth. Yet the Grateful Dead remind us this isn’t a sad song, but rather a life-affirming adventure and, always, love.

Their journey teaches that our time here is really about giving and the living, not the getting and the regretting. For that, the band’s music will always show the way, just as it did this past weekend in Northern California and in Houston 1968. Then, I could’ve reached out and touched Jerry Garcia’s microphone stand. I still can in many ways, though he’s not here and many of the people I used to be aren’t here either.

Still, we’re all the same: Listening to the music and searching for its saving secrets of strength. The Grateful Dead sang it best Saturday: “Whoa oh what I want to know / Where does the time go?” For a few moments, we all knew.

Time goes forward, and all of us, living and dead, go with it. And the graceful instruments become known. 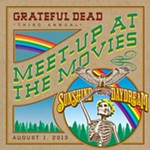 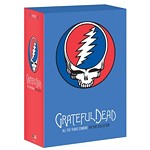