A benefit for KLRU TV, Thursday’s induction ceremony at the Moody Theater for the Austin City Limits Hall of Fame found the 41-year-old institution digging back to its roots. In recent years, the longest-running music show on television has courted the biggest rock acts of the day, including Nine Inch Nails, Pearl Jam, and Radiohead. 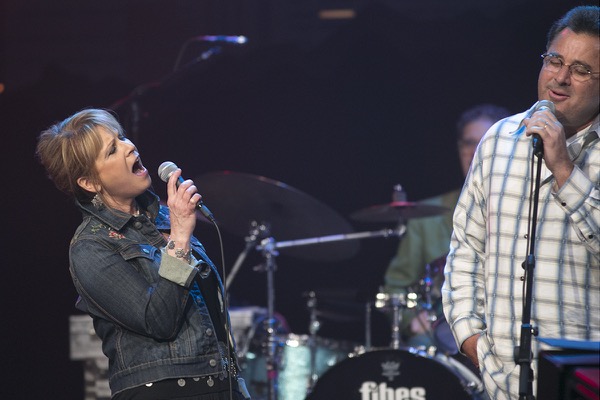 The first act began with ACL executive producer Terry Lickona introducing Yoakam. Lynn wasn’t present, but a short video clip of the 83-year-old singer receiving her award at a recent Gruene Hall appearance was shown prior to Loveless, another coal miner’s daughter, performing “Coal Miner’s Daughter” and “Don’t Come Home A’ Drinkin’ (with Lovin’ On Your Mind).” The clear-voiced Loveless was then joined by Gill for a duet made famous by Lynn and Conway Twitty, “After the Fire is Gone.”

Clark was inducted next with a video featuring Lovett, Steve Earle, and others singing his praises. The elder statesman of Texas troubadours was in town to accept his award, but Lickona delivered the bad news.

“Guy apparently had a bad reaction to a medication he was taking for some recent surgery,” announced the ACL frontman. “As a result, he was not able to accept his award in person tonight.”

Lovett gracefully stepped in before playing “Step Inside This House,” a song Clark claims is the first song he ever wrote.

“It just isn’t fair, that it could be anyone’s first song,” lamented Lovett. 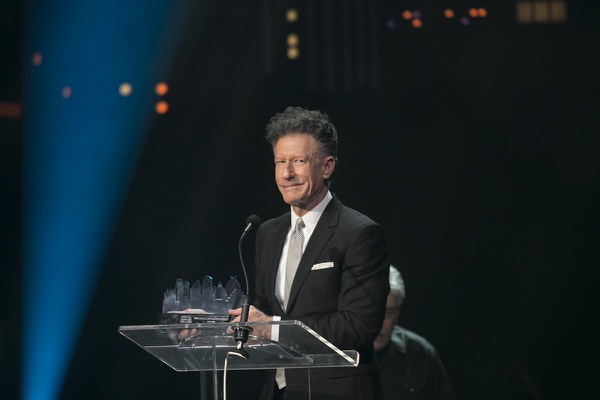 Afterward, Isbell strode to the microphone for a humble and capable job with perhaps Clark’s best-known tune, “Desperados Waiting for a Train.” He was joined by Rawlings for “Black Diamond Strings.”

There was a moment to remember ACL founder and former Executive Producer as well as KLRU President and General Manager Bill Arhos, who died in April at the age of 80.

Jimenez showed heartfelt appreciation for being recognized before joining Los Texmaniacs, augmented by Hidalgo for a four-song set that ended with Yoakam joining in for two of his own, a ravishing cover of Warren Zevon’s “Carmelita” and a stirring “Streets Of Bakersfield.” The accordion king, 76, appeared fragile at times, but his playing remains nimble. The standing ovation he received at the end of the set touched him enough to produce tears. 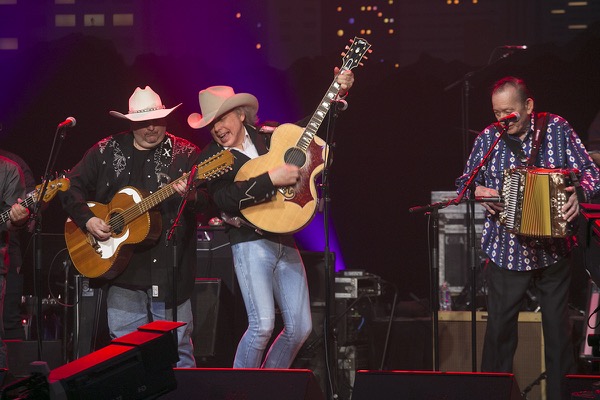 After a short intermission, Gillian Welch told warm stories of spending time with Van Zandt and Clark when she first arrived in Nashville.

“Not only did they live there, they showed up at your gig,” she remembered with a chuckle.

JT Van Zandt accepted the award with a touch of dignity before Welch and Rawlings performed “Tecumseh Valley” and “Dollar Bill Blues” with their solemn drone intact. British songwriter Marling, a wild card among the Americana set, admirably tackled “Colorado Girl” and was followed by JT Van Zandt, obviously his father's son in every way. He introduced “Nothing” with the wry quip, “Well, we got the happy out of the way,” then proceeded to delve dark and deep. 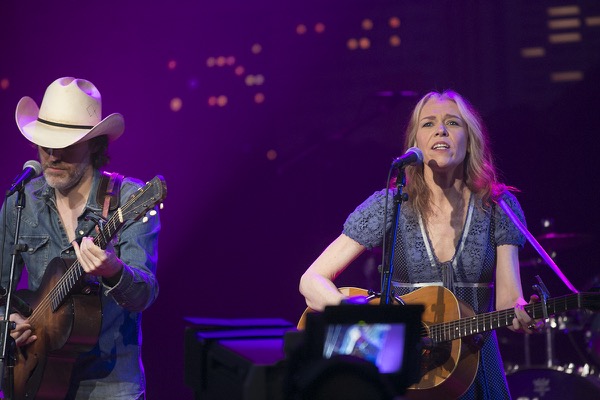 Asleep at the Wheel appeared on the very first episode of ACL, after the pilot, and the long-running congregation recently taped another that will appear in the upcoming season. Today, just Ray Benson remains from the original big band, fronting an accomplished bunch of collaborators, 20-year veteran Dave Sanger among them. The band is still a Texas treasure, keeping the spirit of Bob Wills and his Texas Playboys alive with the enthusiasm of a much younger outfit.

They were inducted by Gill after a brief video explaining their roots and proceeded to perform some of their best-known tributes, “Miles and Miles of Texas” and “(Get Your Kicks On) Route 66.” One former member, the ever youthful Floyd Domino, returned to the fold with a special tribute from Benson, who pointed out new pianist/vocalist Emily Gimble, granddaughter of onetime Texas Playboy, the recently deceased Johnny Gimble. Lyle Lovett joined in on “Blues for Dixie,” recreating one of his most exquisite moments on record.

A finale with everyone onstage for Van Zandt’s “White Freightliner Blues” came off typically messy and joyous, with all the principles taking a verse or solo. For fan’s of the old-school Austin City Limits, it was a night to remember. How will the class of 2016 top it?