Ready for some uptown/downtown soul music? Are you prepared for the most styling musicians of all time to give rhythm and rhyme to the next three months? Welcome to a video playlist inspired by the hit television series Scandal.

You are now entering Shondaland, the world that writer, director, show creator Shonda Rhimes made. She’s the first person in television history to have an entire night of her own: Grey’s Anatomy, How to Get Away with Murder, and Scandal, which also streams on Netflix. Rhimes enlisted renowned music supervisor Alexandra Patsavas. 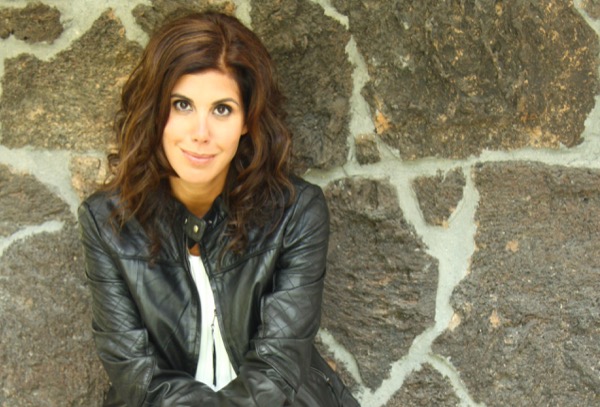 Patsavas was reached by phone while getting ready for her new project, The Astronaut Wives Club, debuting Thursday on ABC. Growing up in Chicago listening to WXRT, her musical hero was film director John Hughes. Favorite bands included the Cure, New Order, the Clash, Patti Smith, and anything she could find in the import bin.

She began in the music supervision field at BMI in their film and TV department, then assisted the music supervisor at Concorde Films, Roger Corman’s company. She struck out on her own in 1998 and started Chop Shop.

Don Cornelius, meanwhile, hosted TV dance party Soul Train from 1971 to 1993. He also got his start in Chicago, at WCIU-TV in 1970 as a journalist inspired by civil rights. Decades later, the same music featured on Soul Train made it into Scandal via Patsavas.

Scandal, whose fifth season begins in September, is loosely based on Judy Smith, a D.C. fixer, public relations strategist, crisis management expert (Monica Lewinski, Iran-Contra, Michael Vick, and other scandals), and George W. Bush’s gal Friday when he was President. Rhimes has described the music in Scandal as the soundtrack of the times after Richard Nixon let the country down.

The show’s focus on a brighter future, a better country, and a president people can bet on remains refreshing. Choosing the right music for Scandal is no easy task, but Patsavas’ soundtrack puts you in the grove. Let’s dance.

Austin Chronicle: The music chosen for Scandal is unlike any other TV show. How did the music storyline unfold?

Alexandra Patsavas: I’ve been privileged to work on Scandal since the pilot stage. I remember having extensive conversations about the show’s unique musical signature and how Shonda saw the songs in Scandal. She was certain about using vintage tracks from the late Sixties, Seventies, and very early Eighties to tell a very modern story by focusing on disco, soul, and funk – stunning classic tracks that tell a story with vocals, instrumentals, and melody.

AC: A lot of this music is a reminder of the classic TV show Soul Train. Did that program inspire you?

AP: These are classic hits, and we use some more unknown tracks to tell the story as well. And of course because they’re so beloved and known by the audience, it can bring an extra layer of emotion to the drama of the show. I’ve had a great time digging into these catalogs and was sent music from managers, labels, and publishers. As a music supervisor, it’s so special to be able to license these all-time greats and work on a show that creates a new context for such beloved hits.

AC: Does the style of early-Seventies soul musicians come into play when selecting songs centering on the main character Olivia Pope?

AP: Ha! Yes, I can see that. Those musicians really knew how to dress up! I’m not sure I thought about it until now, but the soul bands of the Seventies had such great style and I love to see, and covet, whatever Olivia Pope is sporting.

AC: How is every series and movie that you work on different? And what’s your overall process like?

AP: Every music supervision project has a singular rhythm and different needs, but the supervisor’s role almost always includes helping to define and carry out how the creator envisions the music. A signature sound can include theme songs, on-camera performances, debuting exclusive new songs, finding songs for specific scenes, and negotiating the rights package for each and every song. It’s a very specific and exacting process. The best part, though, is straddling two creative fields and working closely with so many talented people. 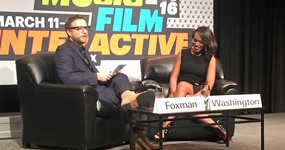 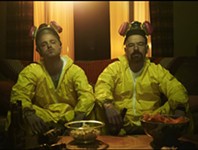 The Best and Worst of TV in 2013
From 'Breaking Bad' to 'Bunheads,' this list has it all

Gossip Girl: Alexandra Patsavas
Music supervisor soundtracked my life and yours too