Have Love Will Travel with the Sonics

Tacoma, Wa., native Larry Parypa, 69, returns to Austin at Red 7 on Sunday, with what’s arguably America’s first punk band, the Sonics. Supporting This is the Sonics, their first full-length release since 1966, the guitarist discusses what it’s like waking up after 50 years to discover your teenage hobby band has become a seminal influence. 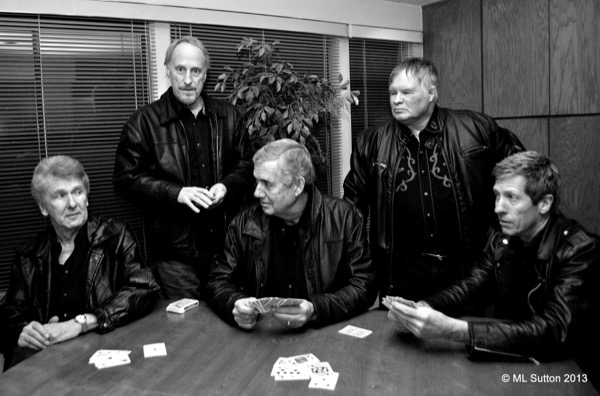 Larry Parypa: I don’t think any of us foresaw that happening, either. We were away from music for so many years. Who would have thought?

AC: Until fairly recently, you were working in insurance?

LP: Yeah, I handled litigated claim files for an insurance company. The total opposite of playing music. We all lived normal lives over the past 50 years, and music wasn’t part of it.

AC: Which brings up the obvious question: Why, after close to 50 years, are the Sonics back?

LP: Really, it was two things: The persistence of a promoter in New York who called every year and tried to get us together to perform in New York City. I think we turned him down two or three times. Finally, in 2007, we agreed to get together: “Okay, let’s see if we can even play anymore!”

The other thing was the song “Have Love Will Travel.” It kept getting licensed to all these different advertisers: BMW, Land Rover, beer, and toothpaste. That was generating interest also.

We got together in 2007 at my house, and we had to relearn our songs. We had to learn how to play all over again, and started off where we left off years earlier. We played the same way, because in the intervening time, we didn’t sit around and learn to be “good musicians.”

Finally, in September of 2007, we had to make a decision: Do we go to New York and do a show? Or do we not? We decided we’d go ahead and try it. We took a hard swallow and did it, and it turned out to be this – where we’re traveling everywhere, all the time.

AC: Like Iggy Pop and the Stooges, the Sonics may have been unappreciated originally, but your reputation grew while you were away. Now, pushing 70, you have this huge audience.

LP: Yeah, we didn’t realize there was all this underlying current in the Seventies and Eighties We were so out of touch with music. It just didn’t even dawn on us that anybody even gave a damn.

When we started playing live, it was heavily R&B, with some rock tunes thrown in. I don’t think we played most of the songs that are now popular. We didn’t play them live. For example, “Strychnine.” I don’t recall ever playing “Strychnine” back in the Sixties, other than when we recorded it, and that was that.

AC: I believe that initially, the Sonics patterned themselves after scene mates the Wailers, but then you created your own style simply by being so aggressive. I read a story about how, when you went in to record “The Witch,” you pissed off every engineer in the studio by blowing up various pieces of equipment with mega decibels!

LP: Yeah, they were paying too much attention to their VU meters [laughs]. If I recall correctly, when we did “The Witch,” it wasn’t really in a recording studio, per se. It was a studio, but it was in a radio station, and the radio station used it to cut ads and stuff. I’m not sure how we ended up in there, but we did, and I think it was in mono. It was loud, because we weren’t good musicians!

The Wailers, for the most part, were good musicians: They knew their craft, they knew how to play their instruments, they knew accordion and stuff. And we didn’t. We couldn't do that. We would take their song and do the best we could with it in our own style. It ended up being a whole different approach. Years later, in fact, they were emulating us. They put out an album that sounded like the Sonics.

AC: The Sonics changed the sound of Northwestern rock & roll.

LP: Yeah, but again, it was by a sheer lack of talent! Maybe if we got up there and played jazz guitar or something, we wouldn’t be talking today.

AC: I recently read that singer Jerry Roslie has almost crippling stage fright, yet he writes these insanely aggressive lyrics and has that blown-out vocal approach. Where does that come from?

LP: I wish I knew. He’s the most shy person I have ever known in my life. Still is. He has a real hard time, but somehow he must let it out in the lyrics he chooses to sing. I don’t know where he came up with things like injecting strychnine, for example. Who the hell would do that? [Laughs]

He’s the sweetest guy, but you don’t really know what he’s thinking most of the time. When he gets into the music, he doesn’t feel good about it unless he’s consumed by what he’s doing. He just closes his eyes and goes for it the best he can. It’s hard to believe that somebody 70 or 71, whatever he is, still has that willingness and ability to do what he does.

AC: Now you’ve got this new LP, and it’s shocking how good it is and how you’ve finally released your proper third LP. It’s of a piece with your earlier work. Amazingly, Jim Diamond got the same drum sound you had in the day.

LP: We were really kinda lucky that we didn’t have to go back and reinvent ourselves or dumb ourselves down, in terms of how we approached music. Again, for so many years, we didn’t play music. In fact, I listened to talk radio. I wasn’t listening to music on the radio.

So we didn’t have to dumb ourselves down to try to play like we did then. That’s just how we played, because we’re picking up from the point we were 40 years ago. The only thing is, Jim Diamond did tell me to play like a 16-year-old. Whatever that is! [Laughs]

We recorded those 14 songs in just four days. We didn’t spend a lot of time on it. When it came time to play a solo, it changed every time I did it. But he kept saying, “Now don’t be bending the notes!” Or, “Don’t use vibrato!”

I’d walk away thinking, “Well, I understand what he’s saying,” but from a personal standpoint as a guitar player, I don’t like some of the solos I did.

AC: How does it feel to be doing this all over again?

LP: It’s so unexpected. A couple of weeks ago, we played a benefit for a local radio station, KEXP. We agreed to play it as a promotion and donate the money to them so they can get a new studio. We had members of Nirvana sit in, Eddie Vedder sat in, members of Soundgarden – all these different groups. They all came in and sat in with the Sonics, which to me was like an endorsement or a tribute. I thought that would never happen.

It still amazes me that all this time, I didn’t realize what was going on. I just got up in the morning and went to work. I didn’t know there was anything happening here in music.

AC: The Sonics didn’t tour that extensively back in the day, either.

LP: No. All the local bands here, we played dance halls. They could hold maybe 800 to 1,000 people, each of ’em paying $1 apiece to get in or something. That’s how we did it, that circuit of Washington, Oregon, Idaho, Montana, Northern California, British Columbia. But we never toured the Midwest or the East Coast or anything like that.

AC: I know you guys had a reputation for having a few clashes with the authorities. The Sonics were the soundtrack for a few riots.

LP: Well, we were young. What you do when you get five guys, and you’re all in your teens, and you have the freedom to get away from your parents, and you’re all over the Northwest renting motel rooms and trying to pick up women all the time? I think we played more for that reason than for the sake of the music. It was just a great big party.

AC: Understandable. Some of you guys are probably still married.

LP: Yeah. Plus there’s probably no libido and stuff like that.

AC: I’m guessing the drugs would be Viagra, these days? 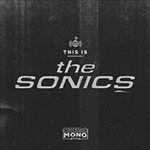 The Sonics
This Is the Sonics (Record Review)