A West Coast icon known for founding the seminal Hieroglyphics collective, plus an extensive touring schedule and star turn in Damon Albarn’s Gorillaz – rapping on smash single “Clint Eastwood” – Del the Funky Homosapien got on the horn ahead of his X Games performance in Deltron 3030 (with producer Dan the Automator and Kid Koala) in Austin on Sunday. 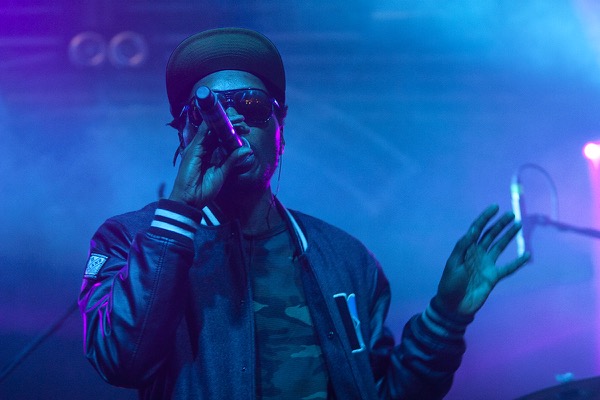 Austin Chronicle: How do you know when you’ve arrived at a project’s goal, like the second Deltron project, 2013’s Event 2?

Del: I came in with a general idea of what I wanted for the project based on the reaction to [2000’s] Deltron, which was mostly positive. Some of it wasn’t negative per se, just snarky. It was like, ‘Oh, you’re just throwing big words around.’ I went in and wanted to give something to really chew on.

So I came up with something like Mad Max. Like a wasteland, where people don’t have shit, and might start [stealing]. Some might be obligated to protect the weaker people. Deltron and his clique are kind of in the middle of that. I’m not going to say Deltron’s a hero, trying to stick his neck out, but he cares about people.

D: Yeah. When the chips are down out in the wasteland, he’s leaning more toward the good. I got into different subgenres of science fiction and where I would fit in, like the point of view I could write from. I had to figure that out first.

AC: It’s been a couple years since Event 2. Is there any new material coming out?

D: There is more material coming out. I’ve got a lot of the music for it already. That’s usually what’s done first. Dan usually has the music, because he’s always working on shit like that. I haven’t gotten to the lyrics yet, because right now I’m on some “Del shit.”

AC: Do you enjoy what’s going on out there these days? Who do you like out of the younger generation?

D: I’ll say the people who are really going hard: Kendrick Lamar and Earl Sweatshirt. They’re born to do it, y’know I’m saying? They don’t make no bones about it. If it wasn’t rap, it would be something poetry-related.

AC: How do you see the progression, from your entry in 1991 with hit single “Misterdabolina,” through to today?

D: [Hip-hop] went from selling more records than ever in the history of recorded music. You couldn’t beat somebody with a spiked bat to keep them from buying it. How do you go from that to now: “Nah, I’m cool. I don’t want it. I don’t even want it free.” That’s crazy to me. I think people just got tried of getting chumped. [Buyers of rap] were like like, “I’m cool. I’m going to talk with my dollars.”

AC: So the quality control wasn’t where it should’ve been when people were paying for it? Almost a punishment?

D: It’s like, well, people work hard for that money. They turn around and see you driving by in Bentleys, platinum chains. All this glorious shit, just flossing in front of you. It’s like, “Dude, I paid for that. And this is all you have to give back”?

AC: What would you say is your crowning achievement, so far?

D: I don’t know if I’m even supposed to talk about this, but I just came from working at 9th Wonder’s studio in North Carolina, working with him and [9th Wonder cohort/producer] Khrysis. We’ve been working on this record, and it’s sort of a subversion of R&B. It ain’t no lovey-dovey shit. It’s some real shit, some hood shit.

AC: But that’s not even here yet.

D: That’s not even out. I came out there, not really knowing if they were really feeling me, but I was going kinda hard. And he was feeling it. I have one more thing, though. I really like when young dudes really show me respect – let me peep game and see what’s happening with them. They respect me, but also respect me as one of their peers as well. That’s a good feeling. 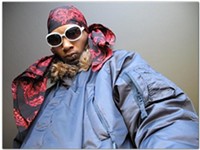