Built to Spill Gets Untethered

Idahoans return to Stubb’s and jam over the moon

“We always look forward to coming to Austin, and we’re never disappointed.” Doug Martsch’s greeting arrived midway through Tuesday’s 90-minute set at Stubb’s. Those were among the only words the Built to Spill frontman spoke all night – not atypical for the mum but pleasant Boise native. 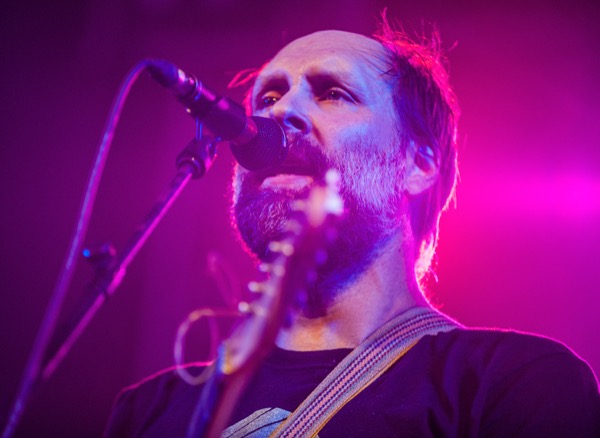 Formed in 1992, the quintet dropped its eighth album last month, Untethered Moon. The LP thus showcased “All Our Songs” and toe-tapping singles “Living Zoo” and “Never Be the Same.” Three songs in, sweat poured off members’ faces as sunset brought little heat relief.

At their previous Stubb’s gig in 2013, the Idahoans tackled tunes by Blue Öyster Cult, the Clash, and the Smiths. Last night’s cover of throwback folker Michael Hurley’s “Slurf Song” flew comparatively under the radar. Snubbed were uppers “Car” or “Liar” as the majority of the band’s performance echoed the hardened vibe of their most recent pair of full-lengths.

Nevertheless, “Life’s a Dream” from There Is No Enemy enthralled with its gloomy beauty. Closer “Carry the Zero” quashed fans’ longing for more verbal liveliness from the stage. The 1999 indie stunner remains flawless.

“We’ve got curfew,” he lamented, before compensating with a smile. “Next time, we’ll play a little longer.” 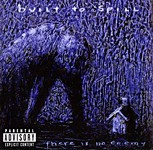 Built to Spill
There Is No Enemy (Record Review)