No one can believe what they saw and heard Sunday night

At 10pm Sunday on the Reverberation Stage, musicians tuned up, getting their levels right. Suddenly, an otherworldly, oscillating sound rose into the muggy night as jumbo jets flew overhead. Psychedelic guru Tommy Hall’s amplified jug – soundchecked! With that, the 13th Floor Elevators emerged from the mists of myth and legend and became flesh again. 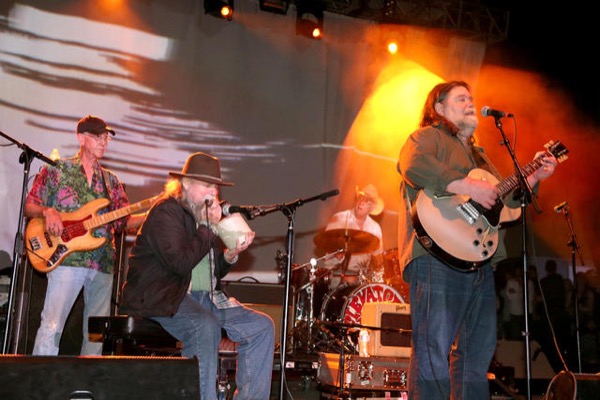 Eleven songs follow in exactly 50 minutes, all drawn from the band’s first two albums, The Psychedelic Sounds of the 13th Floor Elevators (1966) and Easter Everywhere (1967). Commencing raggedly with the latter’s “She Lives (In a Time of Her Own),” the former’s “Fire Engine” follows smoother but with an acidic edge. Hall’s jug snakes sonically above the thickening aural fray in a manner that the band’s original producer Lelan Rogers would’ve endorsed.

He felt that skin-crawling sound should be the group’s most prominent recorded element.

The mix evens out in time for the strut of “Tried to Hide.” Curiosity seekers thin out, leaving undoubtedly the largest audience the 13th Floor Elevators played to before collapsing well before Altamont brought the love and peace decade to a murderous end. Come the lysergic R&B of “Levitation,” hipster hippies revive Woodstock dances learned from DVDs.

Jegar skirts back onstage and whispers in his father’s ear, the elder asking “Now?” before all members exit without having unleashed “You’re Gonna Miss Me,” written by an 18-year-old Roky Erickson in the Spades before the Elevators perfected it. Minutes later, it becomes the sole encore. Pogoing erupts – people holler.

So right, and then it’s done. The band gathers stage front, basking in the afterglow. Walton removes his wide white Stetson and crowns Roky with it.

No one can believe what they just saw and heard, likely not even the 13th Floor Elevators. 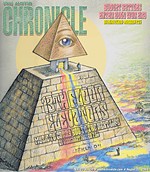