From 2013’s Floating Coffin, “I Come From the Mountain” opened rowdy – energy ablaze out of the gate. Fest security dispensed free water bottles as the pit grew steamier, but it was hardly consumed. Enthused and unruly, fans launched cups, full beers, beach towels, and streaming rolls of toilet paper in the air, onstage, all over.

Neither crowd nor bandmembers cared what was hurled their way. That reckless abandon fed the foursome’s raw vibe. Promising new cuts “Web” and “Withered Hand” teased the group’s forthcoming ninth album, Mutilator Defeated at Last, which drops next week. 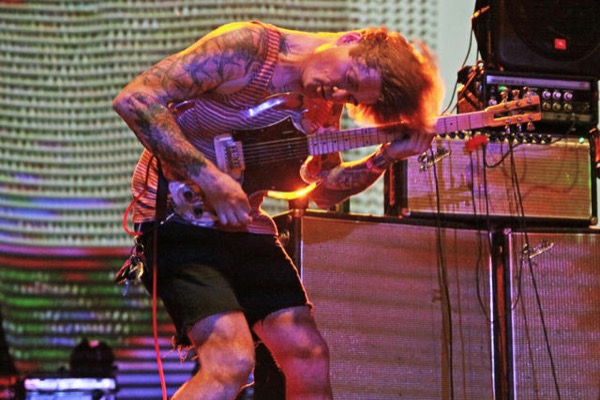 “Is everybody ready for Primal Scream?” posed the singer. “I fucking thought so.”

Fans cheered, but their fixed attention and relentless enthusiasm suggested the Californians could’ve exceeded their stellar 70 minutes with nominal objection.