A mud-sodden crowd soaks in catchy pop and jammy breakdowns 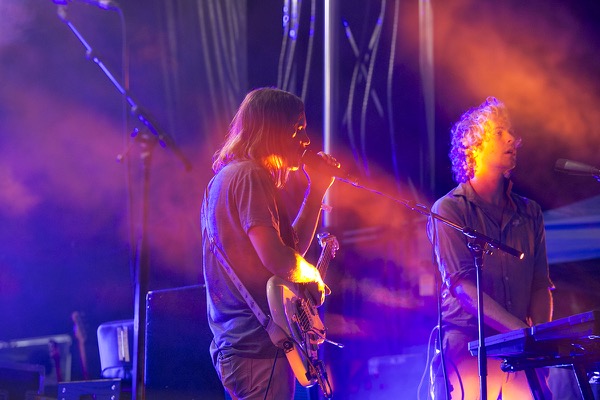 Integrating elements of Seventies psych and Eighties electronica, Tame Impala’s influences are met with a modern point of view. They recall the similarly exciting appeal of MGMT’s debut. Danceable cuts like Lonerism single “Elephant” and “Why Won’t They Talk To Me?” appeared early on, while slower tunes including “Feels Like We Only Go Backwards” revealed the band’s trippier semblance later on.

This week, the fivepiece dropped another new track, “Eventually,” from their imminent LP. Last night marked its live debut. “We did it,” smiled Parker, relieved they’d nailed the newbie without a hitch.

The group, in jovial spirits, frequently professed its fondness for Austin. After all, they’re slated to perform at the Austin City Limits Music Festival in October. That Levitation/ACL tie-in actually jibes. Over 75 minutes, a mud-sodden crowd soaked in equal doses of catchy pop and jammy breakdowns.

“We are Tame Impala,” Parker reminded, winding down. “It’s been a fucking pleasure.” 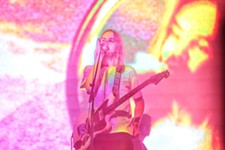 Tame Impala
“Mind Mischief” for “Apocalypse Dreams” from Down Under