The proposal a packed Erwin Center hoped for Wednesday night didn’t happen. UK heartthrob Ed Sheeran didn’t glance into the crowd, catch the eye of a teenage girl, and fall to one knee. He did, however, finally acknowledge a sign waved at him for the 90-minute set, invite the couple onstage, and sit placidly during the gutsiest proposal this town ever saw. 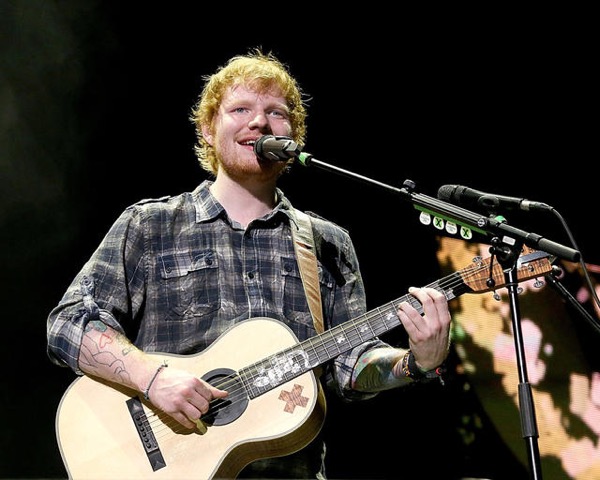 Three years ago, Sheeran loped into Austin for South by Southwest riding the buzz of his major-label debut +. The Suffolk songwriter played half-hour sets at La Zona Rosa and Cedar Street Courtyard, filling them with the looped smacks against the body of his acoustic guitar and earnest songwriting he’d soon build an empire upon. If you believe his version of things, at that juncture no one knew him, “and no one cared.”

With sophomore LP x now under his belt, the 24-year-old ginger returned, this time to the biggest room in town. And he definitely can’t say no one cares about him. The bad juju sent the way of Sheeran’s two-timing former flame when he launched into “Don’t” probably gave synthpop siren Ellie Goulding hiccups today.

The brutally honest pop anthem wouldn’t sound out of place on the Backstreet Boys World Tour.

That’s where Sheeran resembles his close friend Taylor Swift – pouring his soul out about people who broke his heart. Hitting the road without a backing band – just a wall of screens projecting occasionally distracting b-roll footage or otherwise distorting his image with heavy filters for support – the intensity of “I’m a Mess” enhanced his lone figure onstage.

And then he began to rap.

Discarding his guitar, he let out a jumble of occasionally discernible verse punctuated by reliably silky hooks. Iggy Azalea seems to attract a disproportionate amount of criticism for similar skills. Meanwhile, this self-proclaimed “singer with the flow” whips his arms around like a weatherman in a hurricane.

The guitarist recently caught flack when a video of him freestyling a homophobic verse caught fire in the blogosphere. Sheeran’s reps say it was a satire on the condition of hip-hop. That entire element of his act sounds like he’s “taking the piss.”

The singer mishandled another genre, introducing the tender ballad “All of the Stars,” which captured teen love tragedy The Fault in Our Stars last June. “This is classic country,” he warned before breaking into his usual strum, an offense that should be punishable under the Texas Constitution. Johnny Cash would cry, cry, cry.

Sheeran’s liberal use of covers helped cut through the crushing intensity – barely – and included an agonized skip through Stevie Wonder’s “Superstition,” a strangely high-pitched rendition of Bill Withers’ “Ain’t No Sunshine,” and Blackstreet’s “No Diggity.” Still, it was his own “Photograph” bringing out so many cell-phone flashlights that the Erwin Center transformed into a junior prom.

“My Snapchat Story is now 150 seconds,” a girl squeaked to her friend. 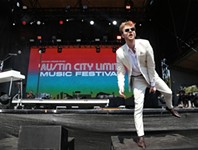 Finneas
And following in the footsteps of his sister Billie Eilish ... 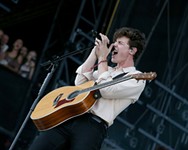 Live Shot: Shawn Mendes
Nothing holding this Canadian crooner back