Guitar scion frees fans and musicians alike from their boxes

Zappa Plays Zappa hits Emo’s tonight with eldest son Dweezil leading a performance of 1975 LP One Size Fits All. A lengthy second set of Frank Zappa’s avant-rock compositions follows. Before soundcheck, at 4pm for $75, guitarists of all abilities can get tips from the Grammy-winning bandleader during a 90-minute class he’s dubbed Dweezilla. 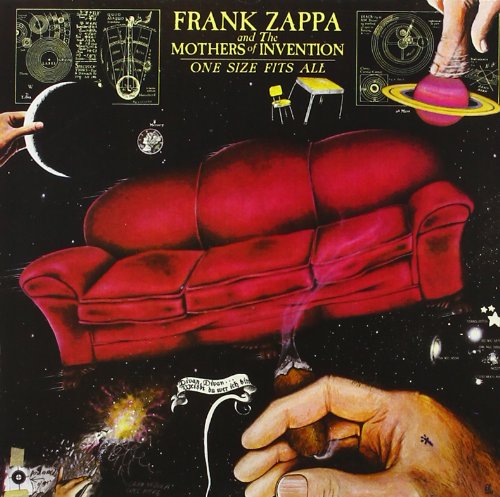 Geezerville: Is it difficult finding musicians to play Frank’s music and getting them to reproduce it the way you want?

Dweezil Zappa: It hasn’t been difficult. There are people out there with skills. The hardest part, beyond playing the music, is finding people you can live with in close quarters, on a tour bus and so forth. I’ve been able to find good players.

My dad would go through people fairly regularly. I think the longest time he ever had a consistent band was maybe four years. I’ve had a little bit of turnover over the years.

I started 10 years ago and [multi-instrumentalist/vocalist] Scheila Gonzales has been with me the whole time. Other players, other roles have changed a few times. We did have a stretch where the original band was together for a little over five years.

G: Are the arrangements you use similar to what Frank wrote, or is there a looseness to it at all?

DZ: What’s important for people to understand is I treat this like a repertory ensemble. They’re playing serious works of a composer. We stay very strict to the composed parts of the material, but there’s also improvisation required in the compositions. That’s where things will be more our own vocabulary.

If there’s any change at all, it’s in terms of the instrumentation. I will be playing parts that weren’t normally played on guitar, but the notes are there. It’s just what we can work in our sixpiece band.

The good news is that with technology you can have good-sounding sample libraries where you play things like marimba on a keyboard. With two keyboards, we can have multiple parts and a saxophone playing at the same time. There’s also sound design, so we can create the right landscape that’s evocative of the era of whichever songs we’re doing. We use records and tape recording as sources for things like that.

G: I hadn’t listened to One Size Fits All since the summer it was released. Hearing it today, I recognize it as part of a trilogy with Overnight Sensation and Apostrophe. They’re all intertwined in terms of style and subject matter. How difficult is it to recreate?

DZ: Those records were all recorded at the same time and were released separately not long afterward. The hardest song on One Size Fits All is “Inca Roads.” It’s got some hard interlude sections. It’s the first song out of the gate, so you have to be ready. “You gotta put your big boy pants on now.”

In a way, it’s being introduced to a new audience. There’s nothing out there like it. That in and of itself is quite an accomplishment. There’s not too many people you can say created a style that’s unique to them. Frank’s definitely one of them.

He created a system to make music that has the feel of a living, breathing entity, because every time you play it, it’s a new adventure. We can play “Inca Roads” every night and it’s going to be different every time. There’s a lot of songs he wrote that are like that.

G: What can you tell me about the guitar class you’re holding before the show?

DZ: A lot of people have asked me, “How did you learn this music and what did you do to change your style? It seems you’re doing things differently than you used to.” Because of those kinds of questions I started a camp called Dweezilla, a three-day, total-immersion guitar camp. I’ve been busy and haven’t been able to do it the last couple of years, so I took it on the road.

People can come and get a sense of what I worked on to change my approach to guitar playing. I concentrate on exploring what you can change with what you know. People plateau after playing for a certain time and I give them ideas that free them from the boxes they might find themselves in. 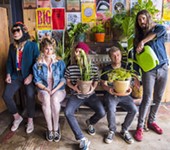 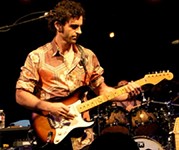 Good Night Austin, Texas, Wherever You Are
Dweezil Zappa returns some ‘Bongo Fury’ to Austin, this time at Stubb's.