Hailing from Lisbon, Moonspell has combined doomed romanticism, brooding atmosphere, and power chords for more than two decades now. The quintet, playing the Dirty Dog Bar on Saturday with Septicflesh and Deathstars, returns to Austin for the first time since 2003. Singer Fernando Ribeiro e-mailed us about Portuguese metal and more. 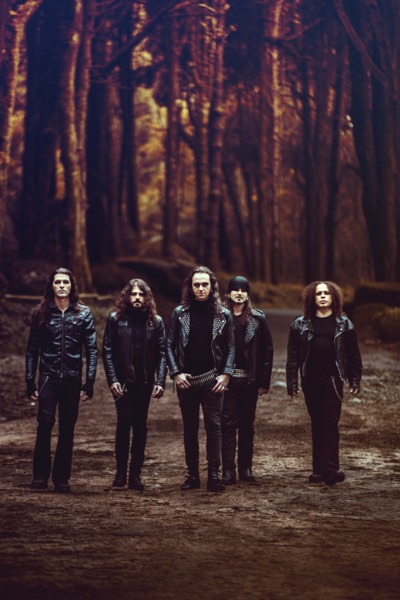 Austin Chronicle: I saw you play at the Back Room in Austin sometime around the millennium. When was the last time you performed in Austin and what do you remember about it?

Fernando Ribeiro: First thing that comes to mind is when we play other cities in Texas, we get a lot of, “Why don’t you guys come to Austin instead?” We get it. Even in Europe we know the reputation of the musical scene and crowd in Austin, Texas.

We did 11 tours in the U.S. so far. Hard nut to crack, but not all of them came through Austin. Last time we were there was probably 2003 with Opeth and Devildriver; first time was ‘99 with In Flames. I remember a pretty cool show with Amorphis from Finland, where they came onstage during our show with rubber ducks and lifesavers.

Who understands the Finns?

And I remember being at someone’s house eating a great chilli con carne, having a much anticipated shower, and flirting with some hot roommate. Texan hospitality. And now we are back all the way from Portugal – far.

AC: Your albums regularly hit No. 1 in Portugal. Are metal bands usually that popular in your country, or is it just Moonspell?

FR: Some of them are, some aren’t. Metallica is still quite big in Portugal, regardless of what they play now and how they sound live. Doesn’t matter, Metallica fans here are really intense. Same for Maiden, which is probably the biggest metal name ever in Portugal.

Then a lot of big bands are overlooked, like Kiss, Black Sabbath. Others have a smaller yet really solid following, like Opeth, Amon Amarth, Paradise Lost. I think Moonspell falls in between and benefits from the fact people are proud of us. Most are, at least. It’s a small country, so lots of gossip and backstabbing as well.

Thus the chart entries, the sold-out shows, and other things are out of the ordinary for dark metal bands. Some people just disconsider it. As the saying goes, in the blind men kingdom, the one-eyed man is king. It took us a lot of effort and hard work, same for getting our fans and the media attention, and so far no other Portuguese band did it better.

FR: A bit strange. For Moonspell, it’s love/hate from other bands, fellow musicians, fans. They talk a lot about us, and they waste all their time on it instead of focusing on what could go right for them as well. Typically Portuguese.

I feel this really affects the whole scene and as well the expectations versus the hard reality of coming from Europe’s Southern suburbs. There has been talent all the time, hands down, but the problem of our scene is the attitude. I will quote a few bands to check out and then you can have an opinion regardless of all the local bullshit.

I think you will have a blast with some of these bands.

AC: How do you feel about the difference between your success in Portugal and Germany contrasted with your cult status in the United States?

FR: Cult status is a nice way to describe a struggling band like us, so thank you. It’s a fact that we have a small yet very loyal fan base all over the States, and some cities are really cool for us. I don’t really have a million-dollar answer for you. I think we still have to hit the right string in the U.S. market.

I think being hard to define as a band doesn’t help us. We might be too soft for the extreme and too extreme for the more rock/soft goth audience. What to do? Tour again, and try to enchant people in the process. If the ones who found out about us and follow us with a dedication that makes you think about a cult band, so can others.

We are not Satanists torching the churches, or violent goremongers. We’re quite a romantic, emotional, moody band, and we never know if that works with the American crowds in the scene we’re playing, which is dominated by way more extreme bands. The only chance we have is if people are right now looking for alternatives, and we can only pray they are.

AC: While still heavy, your new album Extinct is very melodic. In these days when so many metal bands are trying to push their sound into new levels of noisy extremity, how important is it to you to keep the melodies accessible?

FR: To hit the pedal and reach outer space is not our thing. When it comes to speed, brutality, epic, I believe metal can have all of these qualities without having to use the same formula all the time. People are always pissed when I note this, but for most upcoming bands metal is something they bumped online and they try to follow the rules instead of breaking them.

That’s not very metal if you think of Maiden, Sabbath, Zeppelin, who always pushed boundaries and became the biggest metal names ever. Even Metallica, with all the pain involved, evolved and tried something else. They are still metal bands, yet they kept an open mind.

The same goes for Opeth, Katatonia, Bathory, Celtic Frost – all my fave bands, really, from the metal side of things. Bottom line: I like songs that stick to your mind, Deicide or Paradise Lost, doesn’t matter. The ability of making a song is what separates men from boys and I couldn’t care less if a guy splits his balls playing at 350 BPM if the song he’s playing doesn’t make me travel further than a drum workshop would. I like musical bands. Not athletes.

AC: You started out as black metal and got put under the category of Gothic metal. While there are elements of both of those on Extinct, it transcends genre altogether in many ways. Do you make an effort to not repeat yourself, or do the music and songs evolve naturally into something different?

FR: Music for us is most of all self-expression and we don’t feel like we felt in the early Nineties when we started. We love our past records and repertoire, but they all tried to capture the spirit of the time and tell people what we were experiencing at all levels. But still waters end up rotting and it’s not for our band to do the same album twice.

We do try to have our sound, but it’s not difficult for us to change, experiment, go other places. I know no other dynamics, and as a band we really want to keep true to our personality, which is not that of a guy closed in a room listening to nihilistic black metal. It’s much more of someone who’s a father now, who faces life as it is, with its share of pain and love. That lays on the music all the weight and emotion one can conjure.

And a man never bathes himself twice in the same river waters.