Local releases and where to get 'em

Stoking obsession from vinyl-minded masses are the RSD special releases, which range in quality from a 180-gram mono pressing of Bob Dylan’s Basement Tapes to a 7-inch from Macaulay Culkin’s pizza-themed Velvet Underground tribute band.

At best, these hundreds of special-edition records stimulate sales for the retailers that slang music 365 days a year and offer fans unheard material by their favorite artists. At worst, they goose collector market opportunists to hock limited-edition goods on Ebay.

In either case, we’ve selected RSD titles with Austin ties that locals can get excited over. 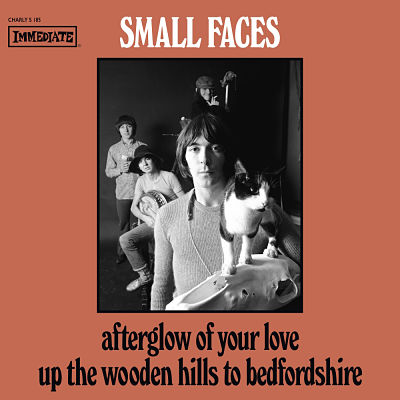 Will Sheff and company’s third album, from 2004, debuts on vinyl with two bonus tracks: a demo of the EP track “You’re Untied Again” and the unreleased “Knocking Myself Out.”

A fan-voted remastered reissue of an iconic release by the blues harp great who hangs his hat in Austin.

Live licks from the late guitarist who was discovered and first recorded in Austin.

Two of Scott McCaughey’s bands showcase their vocation with live recordings from Austin.

A reissue of sophomore LP by the police-hating punk band that formed in Austin as the Stains in 1981.

Willie’s 1998 album with Emmylou Harris as a backup singer arrives on wax for the first time.

Asleep at the Wheel
Still The King: Celebrating The Music of Bob Wills and His Texas Playboys
7-inch vinyl, Bismeaux Records

Highlights from Dylan’s new album of Sinatra favorites, “The Night We Called It A Day” b/w “Stay With Me,” featuring guitar work from ever-present local guitar-slinger Charlie Sexton. 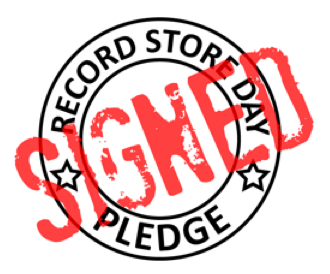 Official RSD releases can be found at stores that have signed the Record Store Day Pledge, which according to the RSD website, means “they have agreed to act in the spirit of Record Store Day, and sell the commercial Record Store Day releases to their physical customers on Record Store Day; not to gouge them, or hold product back to sell them online.” The availability of a specific RSD release at any particular store isn’t guaranteed.

Austin’s official RSD outlets are Waterloo Records, Encore Records, End of an Ear, Antone’s Record Shop, Breakaway Records, and Exploded Records, but we encourage you to shop and support all of Austin’s record retailers:

Waterloo (600-A N. Lamar): The local Mecca of music retail offers acres of new and used CDs, vinyl, and rock & roll paraphernalia, as well as hosting a plethora of big-name festival acts in its parking lot during SXSW.

Trailer Space (1401 Rosewood): This Eastside hangout hosts bands nightly and remains the best record store to get drunk in.

Breakaway (211 W. North Loop): A sophisticated selection of soulful music and a clean shop with chairs your significant other can sit in while you dig through racks.

Encore (809 E. Sixth): Austin’s foremost metal marketplace – resurrected downtown after a brief closure – boasts CDs and vinyl of all genres as well as T-shirts and DVDs.

Whetstone Audio (2401 E. Sixth): This Eastside boutique sells connoisseur-quality turntables, amps, and speakers as well as the round things you play on them.

Join the Austin Indie Record Store Crawl This Saturday!
Don't forget to bring your own bag!

Join the Austin Indie Record Store Crawl This Saturday!
Don't forget to bring your own bag!