Bill Arhos, the man who built the stage television viewers have experienced Austin music on for over 40 years, died on Saturday afternoon following a long illness. He was 80. 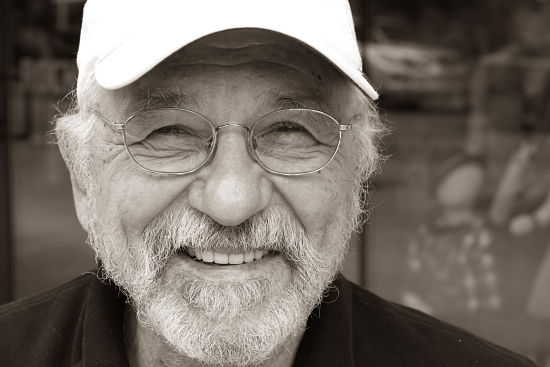 Arhos, a longtime executive at KLRU (formerly KLRN), worked at the public broadcasting station beginning with its local launch in 1961. In the fall of 1974, he created Austin City Limits, whose pilot episode starred Willie Nelson. At the time, a live music show starring hippie musicians from Texas was a left-field concept.

“Back then, stations were education focused and the idea of doing a music show didn’t fit into what public broadcasting could be,” said Terry Lickona, who succeeded Arhos as Austin City Limits executive producer in 1999. “KLRU thought he was crazy.”

Arhos ensured the show’s sustainability by convincing PBS affiliates nationwide to pick up the program and thus fund it year after year. Four decades after the fact, it’s the longest running music show on television. More than simply Arhos’ legacy, it’s Austin’s.

“Bill was a great friend to Austin music. He loved the music of Texas and created Austin City Limits to showcase it,” says Ray Benson, whose Asleep at the Wheel became ACL’s second taping. “When we met in 1975, I was a young 24-year-old living in South Austin with dozens of other aspiring musicians. Bill recognized the great potential in all of us and created a show that gave us worldwide exposure.”

Lickona describes Arhos, who was from the tiny East Texas town of Teague, as a classic Texan who chewed tobacco, fished, told great stories, and loved country music.

“Bill couldn’t be a guitar-playing country singer, so he lived vicariously through them,” he states.

“I couldn’t book a show until he approved,” admits Lickona.

His sense of humor also livened up the workplace. When Austin City Limits archivist (and Chronicle music scribe) Michael Toland began working at KLRU 20 years ago in shipping and receiving, Arhos liked to assist with the morning mail call.

“This went on for a couple of years, until I moved up in the organization. I imagine he assisted my successor as well until his retirement.”

That playfulness remained vibrant after his retirement in 1999. When he was inducted into Austin City Limits’ first Hall of Fame class last April alongside Willie Nelson, Stevie Ray Vaughan, and Darrell Royal, he quipped, “It’s a little intimidating to be in a class of the first inductees [since] three of the four have bronze statues around town!”

“That was a very emotional evening,” Lickona remembers of the April ceremony at Studio 6A, the show’s home before moving Downtown to the Moody Theater in 2011. “His health was deteriorating by then and we honestly didn’t know if he would show.”

Two months later, Arhos came to ACL’s new digs for a star-studded 40th anniversary of epic proportions and sat in the front row, no doubt amazed at the cultural phenomenon his creation has become. When Lickona pointed him out, he received a standing ovation.

Bill Arhos will be laid to rest at Texas State Cemetery in a private ceremony. A celebration of his life and influential career is currently being planned. Maybe he’ll even get a bronze statue.