“Very strange feeling to be that close, but not be aware”

John Doe, 61, of Decatur, Baltimore, and Los Angeles returns his seminal punk unit X to Mohawk on Saturday, April 11. Besides a new live sound, bohemian roots, and forthcoming L.A. scene tome, Doe discusses the deadly South by Southwest hit-and-run that occurred the last time the band played the venue it returns to this weekend. 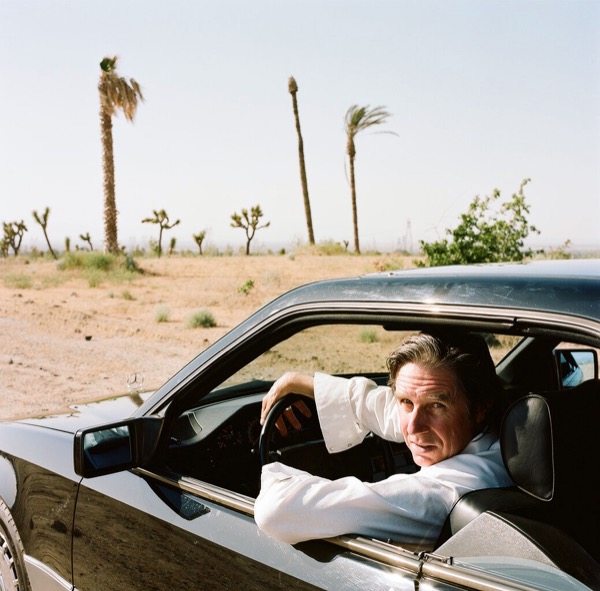 Austin Chronicle: There’s a lot to talk about, like X changing its sound.

John Doe: It was an experiment. We had a couple of festivals that were more folky, more acoustic-style. We had talked about doing a version of X like that, so that we could play performing arts centers or places where people sit down. In the past when we would do that, it was just weird, because we’re playing at 110 decibels and people were just sitting down. It was a bad match.

So, we had a couple of these festivals last year, and we just thought, “Let’s give this a shot.” We got a chance to re-imagine a bunch of songs. It was right on the heels of doing a couple of four-record stands, where we play one record front-to-back each night. So, we relearned a bunch of songs and they lent themselves more to this different format. It’s not really acoustic. It’s just ... I dunno, take two!

But we really enjoyed it and thought, “Why don’t we do this for awhile?” Because it’s different. People seem to like hearing different songs, and songs re-imagined. We have another player that helps us out on acoustic guitar and drums. His name is Michael Kilpatrick. [Drummer] D.J. [Bonebrake] gets to play vibes on three or four songs, [guitarist] Billy [Zoom] gets to play sax on a couple of songs. We get to do some real deep cuts, songs we either never played or played very rarely. It’s a whole different thing. It’s cool.

AC: I heard a couple of the tracks on the X website and it’s interesting. It’s definitely an alternative. Not balls-to-the-wall punk, but it’s not a lounge version of X, either.

JD: No. But X was never “balls-to-the-wall,” which may be the first time I’ve said that phrase [laughs]. The whole idea of punk rock shifted over the years. Now it’s a certain sound. The origins of punk rock were more diverse. Even when we started, people like the Germs and Fear and people like that said that we played like a bunch of hippies. [Audibly smirking.] We know better.

AC: X created a different way of being punk. Something you shared with songwriters that came along later. I’ve always called it California noir.

JD: Mmmhmm. We certainly had those influences.

AC: It was a more bohemian idea of what punk could be.

JD: Yeah, that’s a fair assessment. Personally, I was attracted to and influenced by writers from Los Angeles, people like Nathaniel West, Charles Bukowski, Dashiell Hammett – people like that. As far as us creating a different style of punk rock, I think [singer] Exene [Cervenka] and I developed a different way of two people singing, where it was a unified voice. Billy certainly put rockabilly into the punk rock mix. I don’t think anybody did that – maybe Robert Quine, to a degree.

But at the time, everybody had their own version or their own definition of punk rock. So us doing that wasn’t that strange, because one band didn’t sound like another as much as it became later on when the hardcore bands came along. And I don’t fault them for that or say that it’s good or bad or indifferent. It’s just more of the same, more of a similar kind of sound.

On the other hand, in the earlier days [of hardcore], the Minutemen didn’t sound like Black Flag didn’t sound like the Circle Jerks. There were differences. But yes, I think Exene and I were influenced lyrically by other writers and by the Doors. And just what was happening in Los Angeles. It made everything just as economical as possible.

AC: It was the voice of down-and-out Los Angeles, in a lot of ways.

JD: It was bohemian. I don’t know if it was “down-and-out.” It certainly wasn’t Farrah Fawcett and the Eagles, or what L.A. was famous for. I don’t know that that has really changed. I think there’s a lot of struggling garage band-type outfits coming out of L.A. right now, a lot of the Burger Records bands and a lot of the rock & roll bands that are coming out around the country.

AC: I understand you’re working on a book right now.

JD: Yes. We all are. The name of the book is Under the Big Black Sun. It’s gonna be a collection of different people’s stories. We’ve asked several different people like Chris D. and Exene, Kristine McKenna, who was one of the early writers, Henry Rollins, Mike Watt, Jane Wiedlin. We’ve asked them each to write a chapter about their story as it relates to a particular subject. We’ll see how it all turns out. It’s very early on.

Hopefully, we’ll give people enough space to tell their story and they’ll be able to experience or understand the L.A. scene from several different points of view, and that way will be able to see what was really happening. On the other hand, there’s no way that you can do it [laughs]. You had to be there, as they say. This is one attempt at something that isn’t an oral history. In this way, people have an opportunity to consider how they want to portray it. How to tell their story in a way that people can smell it and taste it and see it.

AC: Let’s talk a little about your acting career. The last thing I saw you in, you were playing A.P. Carter. Now I understand you’ve done another movie fairly recently, an indie movie?

JD: A couple of years ago, we did a movie called Pleased To Meet Me. Aimee Mann, Loudon Wainwright III, Joe Henry, and I went to Louisville for about 10 days and made a movie. It’s out on DVD, Blu-ray, and all that stuff – Netflix, maybe? Video on demand? I dunno. It’s out there. It was a great experience. Good story. Aimee Mann is really wonderful, and we all worked hard on it.

AC: There seems to be a certain kind of role that you get frequently. It’s like casting directors say, “Y’know, Harry Dean Stanton is kinda old for this. Call John Doe!”

JD: Well, that’s very flattering. I wish they would think that more often [laughs]. I enjoy acting, but several times I’ve had to turn things down because I was busy making a living playing music. A lot of acting gigs come up at the last minute and I’m planning things six months in advance. So it’s hard to get out of it sometimes.

AC: One of your first dramatic roles was actually played opposite Harry Dean, wasn’t it?

JD: It was pretty early on. Slamdance – not a great movie. But working with Harry Dean made me think I should go to acting classes, which I did. I was getting left in the dust, and I didn’t like that [laughs]. At the time, working with Harry Dean, we had a great time together. He was a really sweet guy, and a good person.

AC: Talking about the South by Southwest incident is probably a sensitive subject–

JD: [Abruptly] It’s not sensitive at all. I was busy playing. It was a horrible thing. I’m glad we’re coming back to the same place in some ways. I’m not one of those people that’s gonna say, “Yeah, man. I was there. It was really fucked up, like horrible.” I wasn’t there. We were in the middle of playing, and it was a tragedy. But we had no idea anything had happened. By the time we were done, it was all cleaned up.

AC: I was assigned to review X that night.

AC: I was in the balcony opposite from the Mohawk stage, so I had a very clear view of both X and the mayhem outside. There was no way you could have known, as you started “Johnny Hit and Run Paulene,” that this guy was crashing through a barrier. I saw the bodies flying.

AC: “Nausea” was the next song, actually.

AC: It was traumatizing for me. I know you guys had no idea this was happening. There’s no way the audience knew because of that high wall. You guys were brilliant that night, though. I’ve never seen X play a bad show.

JD: I guess they tried to clamp down more on that sort of thing this South by. Really, South by should change the time of year. Someone was telling me this today. They should hold South by in August [laughs]. That way, it would only be the people who came to see music, only the people who needed to be there, or wanted to be there, because everyone would be sweating their asses off.

But yeah, it was really, really strange. It was a very strange feeling to be that close to it, but not be aware of it.